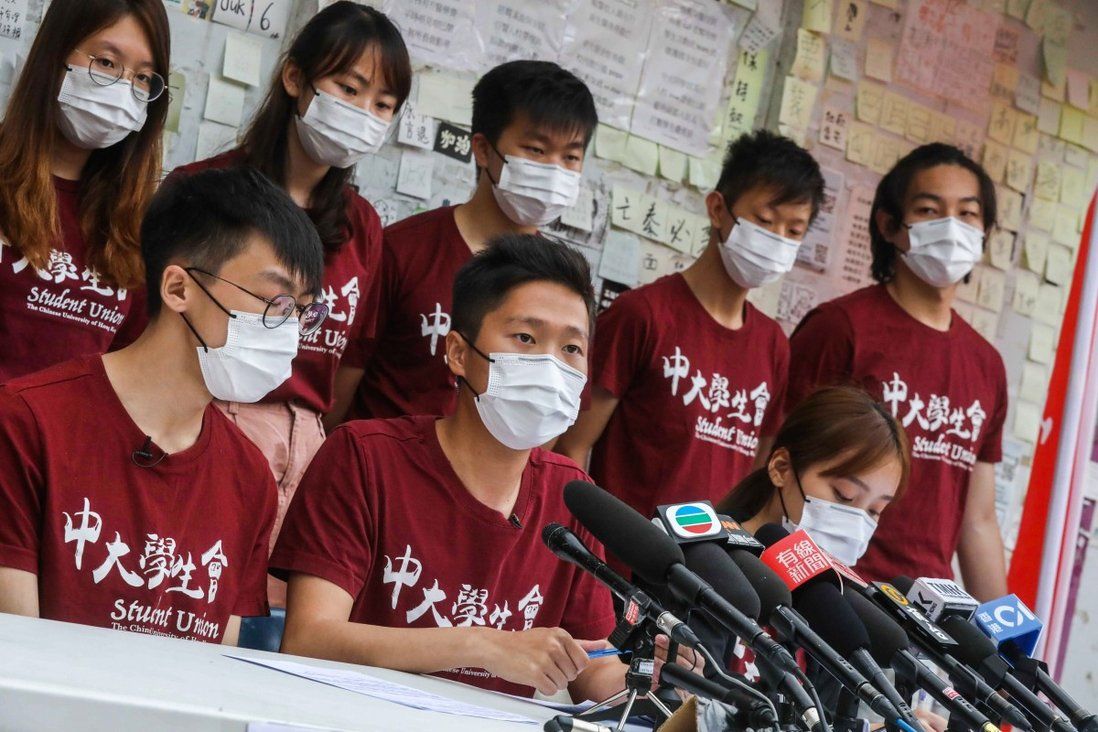 President of CUHK’s student union says campaign of threats and intimidation against the group elected to run the body is behind the resignation.

The Chinese University of Hong Kong’s (CUHK) student union announced its resignation on Monday, blaming what it described as an escalating campaign of threats and intimidation against its members and their relatives since school management severed links with the body on national security grounds.

Syzygia, the group elected last week to run the union, said it was stepping down two days after withdrawing its 80-page manifesto and other campaign statements which prompted the university to cut off support for the body and impose strict measures on its members.

“We sincerely thank every CU student, alumnus, staff and member of the public, as well as the student society, for their support,” said Isaac Lam Yui-hei, who is quitting as student union president.

“But at the same time, we have to announce a difficult decision: we have just submitted our resignation to the CUSU [Chinese University Student Union] council.” 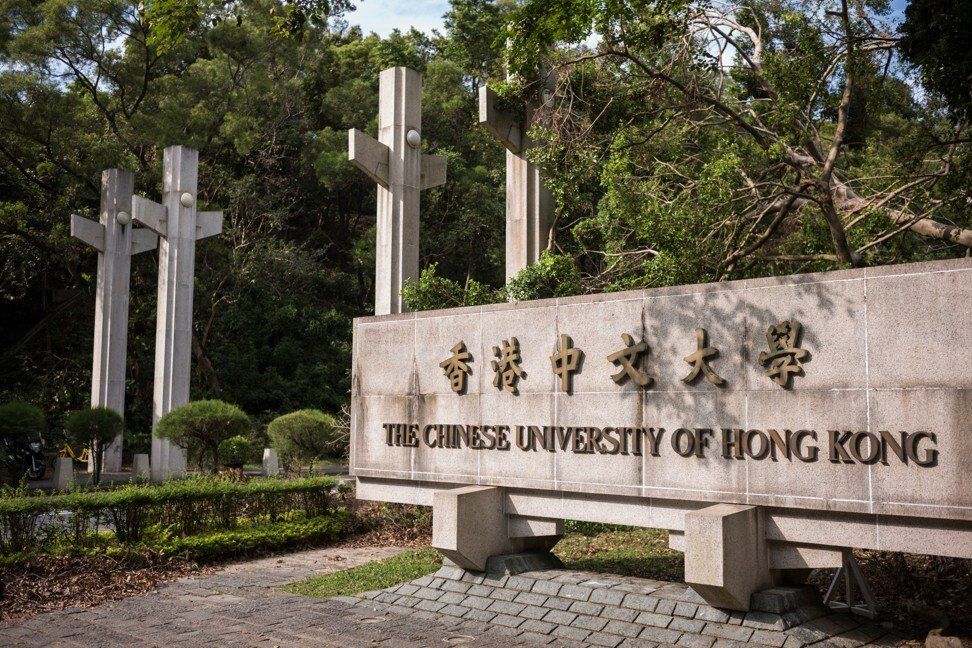 CUHK said the student union might have broken the national security law during an election campaign.

Lam said the decision was made following a few days of consideration and debate within their cabinet, describing resignation as “the only solution”.

According to Lam, executive committee members and their families had been targeted with death threats, as they came under mounting pressure since challenging the university’s decision to cut ties with the union.

Management had met with cabinet members and student representatives individually since the group lambasted the university’s response at a press conference within hours of the school announcing its decision on Thursday, Lam said.

During the meetings, the school hinted that the university could disqualify the cabinet, which had yet to take office at the time, if they did not announce withdrawal from the election before Sunday, Lam said.

He said they chose to resign only after they officially took over the union on Monday so their supporters’ votes would remain valid. They received 3,983 votes of the 4,099 cast last Wednesday.

“We chose to submit our resignation today, on March 1, instead of withdrawing from the election on February 28 as we would like to prove to the CUHK students that their ballots are still valid,” Lam said.

He said their resignation would take effect only after the student council, the highest supervisory body of the union, had approved it.

Anson Yip Tsz-huen, the council chairman, said they would make a decision by the end of March.

As well as withdrawing its entire election platform, the committee deleted all its previous posts on social media and inserted a plain black image for its profile picture, before notifying the student council of its resignation.

“We are not sure whether we will have CUSU in the coming year,” Lam said, adding his cabinet would not take part in any by-elections.

In a statement posted on Facebook, former student union leaders said they respected the decision but that did not mean “the incident will be set aside”.

They added that a written request would be filed this week to ask the convocation of the university to convene an extraordinary meeting to discuss the matter.

In response, the university expressed its regret over the union’s “false allegations”.

“The university has never or intended to ‘threaten’ and ‘isolated’ the student union or any other student organisations,” it said in a statement.

It added that the measures imposed on Thursday were based on the cabinet members’ other false allegations against the university and possibly unlawful remarks.

During the election campaign, Syzygia’s candidates accused the university of working with police to have students arrested following an attack on campus security guards.

The cabinet also said the national security law infringed upon basic rights and freedoms and was a disgrace to the dignity of Hongkongers.

On Thursday, CUHK expressed its “strong objection” to the student union’s remarks and took unprecedented action to distance itself from the body.

It said statements within the group’s election material as well comments made in media interviews might contravene the security law, adding the cabinet had failed to clarify the potentially unlawful statements and false allegations that it levelled against the university despite repeated warnings and advice.

The school imposed a series of tough measures on the committee, including suspending its executive members from holding ex officio positions on all CUHK committees, and stopping the collection of student union fees on the body’s behalf.

The union was also required to register as an independent society or company and assume its own legal responsibility. Further actions would be taken if deemed necessary, the university added.

Within hours of the university issuing its decision in a statement, thousands of students, alumni and staff had signed petitions opposing the response.

It also sparked concerns over whether other universities would follow in CUHK’s footsteps, with campus tensions between management and students escalating since the 2019 anti-government protests.