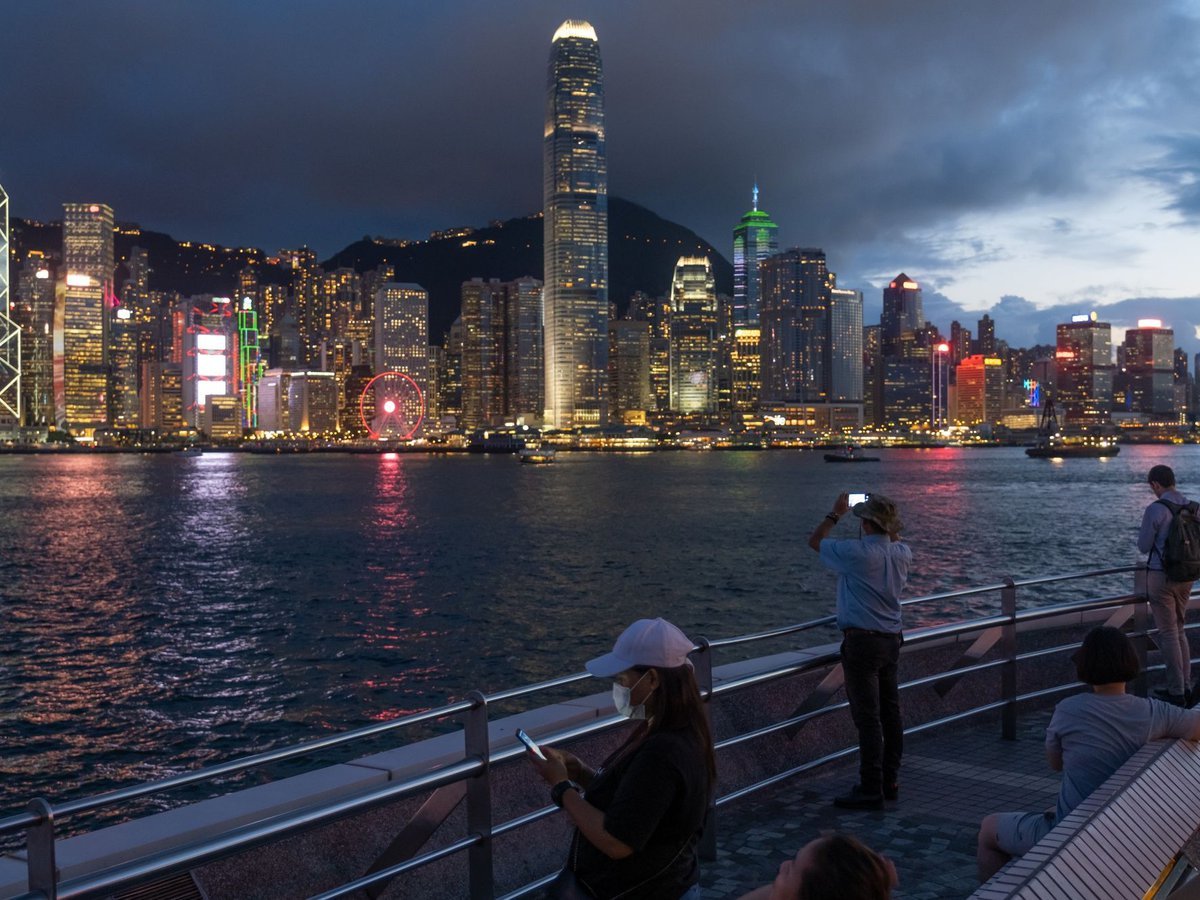 Mainland traders have bought a net $27 billion worth of Hong Kong shares in January alone, nearing a third what they purchased in all of last year. Keyword searches and references for “Hong Kong stocks” on Tuesday reached 6.3 million on WeChat, China’s most popular instant-messaging tool, seven times the amount at the end of December, according to app data.

Inflows from north of the border picked up earlier this month after a U.S. ban on some Chinese securities forced international investors to dump the likes of China Mobile Ltd. at bargain prices. Mainland buyers swooped in, broadening their targets after extreme valuations onshore encouraged a rotation into Hong Kong’s cheaper market.

The result is a booming stock market in a city whose economy is still reeling from the effects of the pandemic and anti-government protests. The benchmark Hang Seng Index has gained 10% this year -- four times the advance of the MSCI All-Country World Index -- for its best start since 1985. The Hong Kong measure is now on the brink of breaching the 30,000-point level for the first time since mid-2019.

Li Changmin, managing director at Snowball Wealth in Guangzhou, increased exposure of Hong Kong stocks to about 20% of total holdings from “very little” before last week. Li bought Chinese brokerages that were as much as 40% cheaper than their mainland shares.

“Hong Kong stocks have always been cheaper, but previously you might have had to wait a long time for other buyers to follow,” Li said. “Now things are different because of the greater power of southbound flows.”

Yuan-denominated shares are on average 21% more expensive than their H-share equivalents, according to an index going back to 2006. The premium was at an 11-year high of almost 50% in October. Cheap stocks in Hong Kong last year meant southbound flows were already at a record, picking up in March as the Hang Seng Index traded below book value. But the speed and scale of purchases in January is unlike any period since the second link opened in 2016 with Shenzhen. 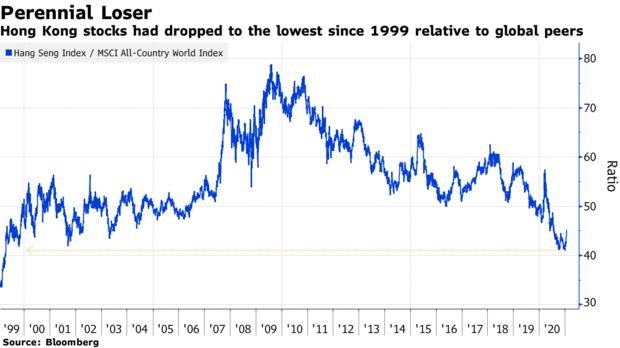 Traders in mainland China have limited options when it comes to asset allocation, as capital controls restrict their access to overseas securities. At home, Chinese families are moving more of their money into stock funds after rock-bottom interest-rates, a purge of peer-to-peer lending platforms and stagnant property prices in large cities left them with poor returns elsewhere.

But professional investors are all buying the same large caps, increasing concentration risk in the stock market and pushing valuations for the popular consumer-staples sector to the priciest since 2008. Mutual funds invested about two-thirds of their assets in only 100 stocks, according to the latest available data.

Along with valuations, Hong Kong’s stock market also has the strong backing of Beijing. The Communist Party has been pushing the city as an alternative to New York as a fundraising center for Chinese firms. At more than $50 billion, the amount of capital raised in Hong Kong from initial public offerings and secondary listings last year was the most in a decade, largely from Chinese companies.

Still, for some money managers, the recent run up has a familiar feel to it. Mainland funds bought in early 2018 and in March last year, only for investors to be disappointed when Hong Kong’s stock market lagged.

“The sad reality is no one is able to hold on to Hong Kong stocks for long, whether it be 2015 when gains were driven by retail investors, or 2018 when it was due to foreign funds,” said He Qi, a fund manager at Huatai Pinebridge Fund Management Co. He said the rally may have another two months to go before reversing. “The lesson is to quit while you’re ahead, don’t wait till things really get crazy.”