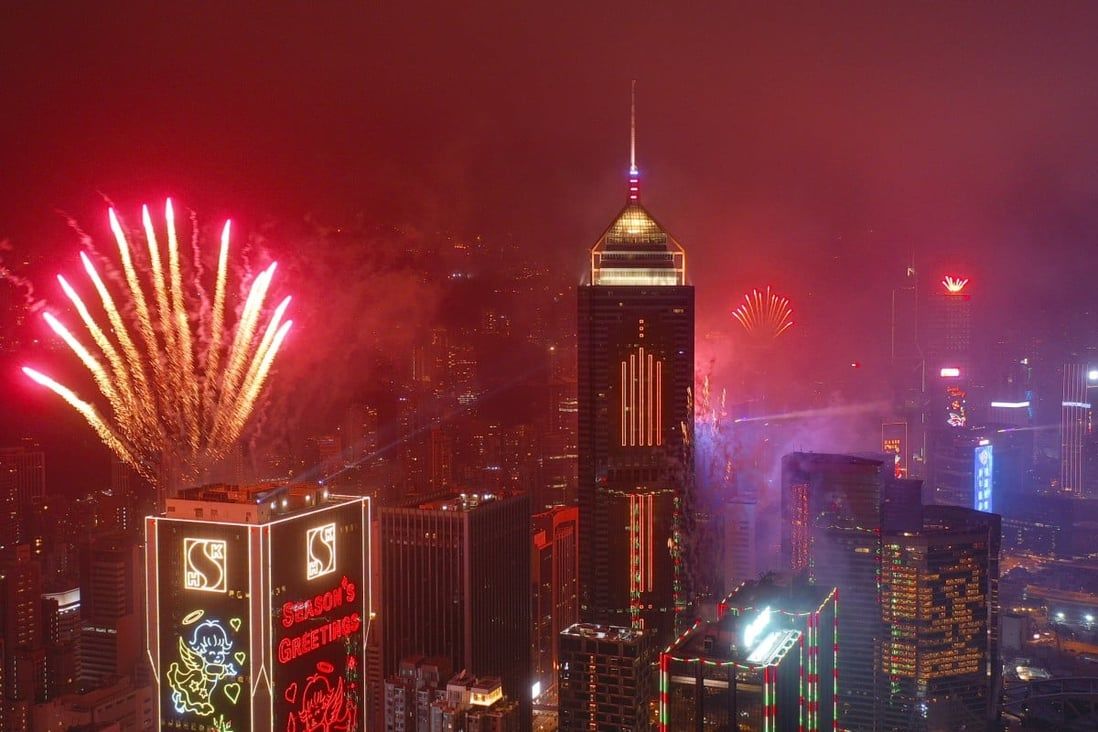 Hong Kong Tourism Board says it will organise 10-minute display featuring rooftop-mounted lasers, pyrotechnics along Victoria Harbour.
Hong Kong has decided against hosting its traditional fireworks display on New Year’s Eve for the fourth year in a row, with the local tourism board to instead usher in 2023 with a multimedia lights show atop the city’s skyline.

The Hong Kong Tourism Board on Wednesday said it would opt for a 10-minute display featuring laser beams and pyrotechnics on buildings and landmarks along Victoria Harbour, once again forgoing the past practice of launching fireworks from ships in the surrounding waters.

Ships from Star Ferry’s fleet would also take part in the lights show, it added.

A gigantic countdown clock would be projected onto the harbour-facing facade of the Hong Kong Convention and Exhibition Centre during the last 30 seconds of 2022, the board said.

In the run-up to the countdown, Chinese pianist Niu Niu would join local taiko drumming group Gekko Taiko and the Hong Kong Rope Skipping Club for a special performance, it added.

But the board said spectators would only be able to catch the performance via TV and live-stream.

“The celebrations will be fully broadcast live on free local TV channels, as well as the website and social media platforms of [the board],” it said in a statement. “Viewers can also share the countdown moments in comfort at home with friends and family.”

The decision by the board marks the fourth consecutive year that it has eschewed its world-famous fireworks displays for New Year’s Eve, with the event being called off in 2019 due to the social unrest before moving online during the Covid-19 pandemic.

While activities to countdown the New Year resumed in 2021, fireworks displays remained cancelled that year as part of efforts to combat the spread of the coronavirus.