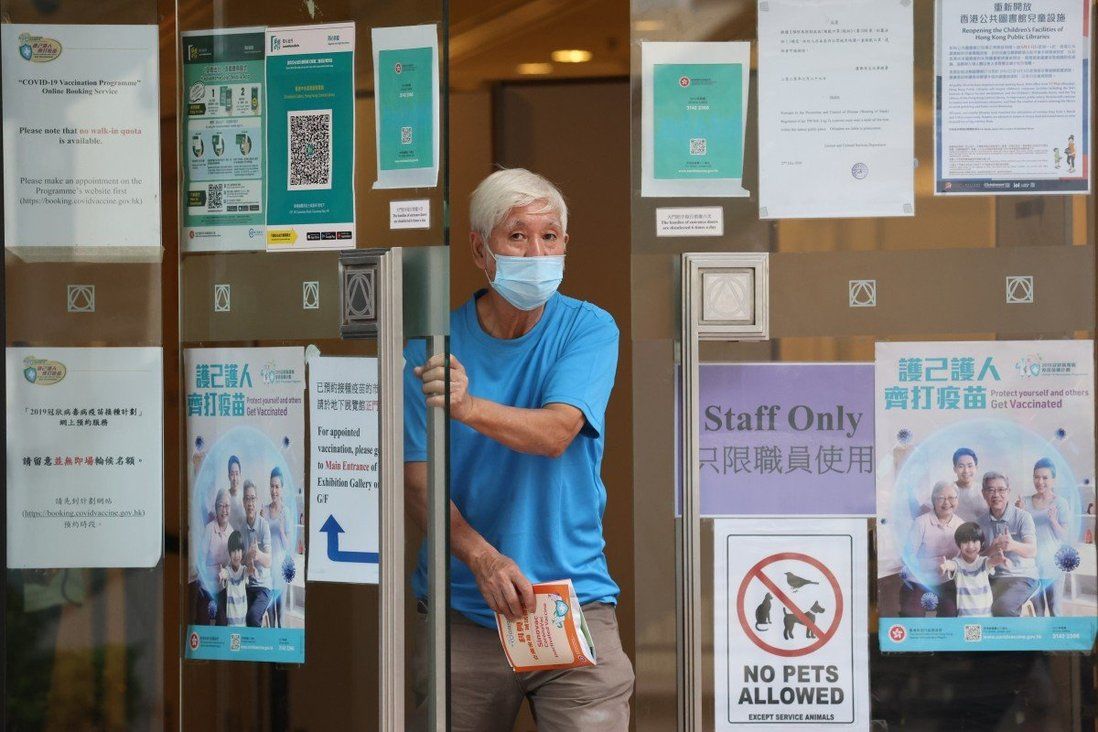 Hong Kong’s reluctance to start a booster vaccine drive is linked to its success in achieving “zero Covid” infections and the slow rate of giving first and second jabs to enough residents, especially the elderly, experts have said.

Professor David Hui Shu-cheong, a government pandemic adviser, said the city’s approach differed from that of countries such as the United States or Britain, which were pushing ahead with booster shot programmes.

Pointing out that Hong Kong had not seen local Covid-19 cases for more than a month, he said: “What are we trying to get protected from, if we don’t have cases? In foreign countries where there are local cases, an extra dose can offer protection.”

Professor Benjamin Cowling, head of epidemiology and biostatistics at the University of Hong Kong, agreed, saying: “In Hong Kong at present, the equation is different because we don’t have any Covid cases in the community and we are not expecting many cases in the next year.” 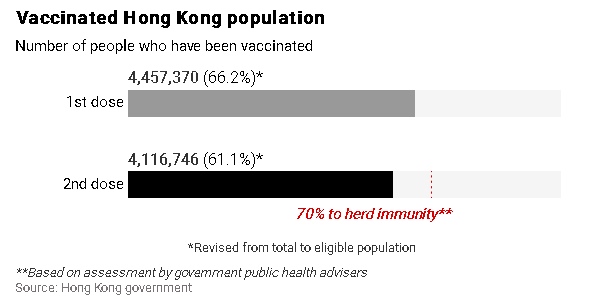 The city has not seen any locally transmitted cases since August 17, when a 47-year-old airport worker was listed as a local case without a known source, although health officials believe she probably got infected at the airport rather than in the community.

Hui said Hong Kong would need to offer booster shots if there were signs of an outbreak and local Covid-19 cases started rising. Even then, they should be for people with serious health conditions that affect their immune system, and the elderly.

Cowling said a reason booster shots were less urgent was Hong Kong’s persistence in pursuing a “zero Covid” strategy which resulted in a low risk of infection. In such a situation, a third dose of vaccine might not benefit as many people.

Hong Kong would risk rising infections if it followed Singapore’s example to open up its borders and live with the coronavirus.

The city state’s daily infection numbers have soared in recent days, hitting a record of 1,650 new cases on Friday, justifying its current campaign for booster jabs.

Hui said before Hong Kong considered booster shots, it needed to increase the rate of vaccination among high-risk groups.

“When the basic target for the first two doses has not been reached, why should we even mention the third dose?” he asked.

In comparison, more than 80 per cent of the population in Singapore is fully vaccinated.

“The purpose of vaccination is to reduce sickness and death, which are more likely in old people who catch Covid-19,” he said.

People in Hong Kong receive either the German-made BioNTech or China-made Sinovac vaccine.

Hui said more data on the effects of a third dose was needed to determine which brand of vaccine to have as the booster shot, especially for those who received two doses of the China-made vaccine and saw a significant decline in antibody levels.

Overseas studies on booster shots were mostly on mRNA vaccines such as Pfizer-BioNTech, with limited data on those who received booster shots after getting the Sinovac vaccine.

Several studies are being done in Hong Kong to assess the effectiveness and immune response of the third dose.

According to the latest recommendations of the joint scientific committees under the Centre for Health Protection, the factors to be considered before getting a booster shot included having a “safe and appropriate” interval between the second and third dose, and the latest development of next-generation vaccines related to coronavirus variants.

For the BioNTech vaccine, some data indicates there should be 28 days between second and third jabs. For the Sinovac vaccine, studies have suggested waiting anything from 28 days to six or eight months, and that the longer interval made the third jab more effective.

The US began rolling out booster jabs on Friday, while Britain announced the same decision last week for vulnerable citizens and those aged over 50.

But the World Health Organization has repeatedly called for a delay of such programmes, saying the most vulnerable people worldwide should receive their first shot before others receive a top-up.

Leung said: “In the long run, more dangerous variants might come out of under-vaccinated places such as Africa, and that may come back to haunt us even if we have got a third jab.”