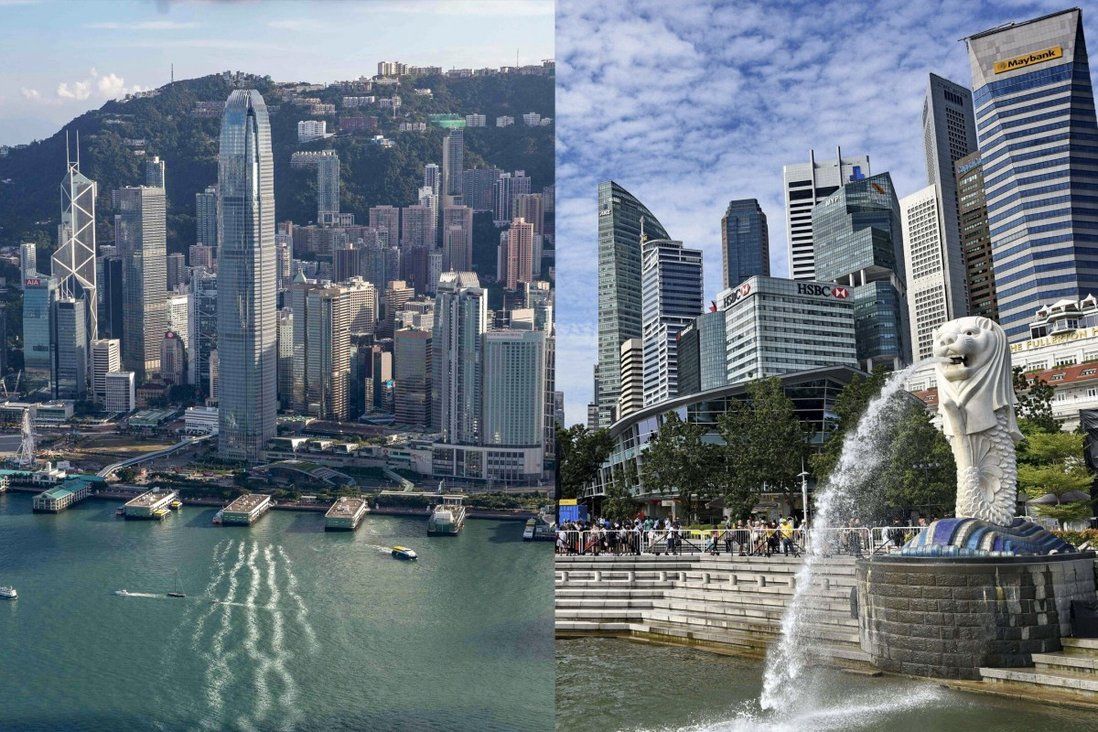 Hong Kong will launch its quarantine-free travel bubble with Singapore as scheduled on May 26 despite sporadic local coronavirus infections, the city’s commerce minister has said.

One involved a domestic helper arriving from the Philippines and the other a 42-year-old man linked to a local cluster of variant infections connected to a 30-year-old engineer from Dubai. New research however suggests the engineer contracted the mutated virus from a person staying in an adjacent hotel room during quarantine.

Remaining optimistic for the travel bubble launch, Yau said the city’s seven-day moving average of unlinked local cases was lower than one, while Singapore’s was between 1.6 and 1.8.

“The numbers are well below the established threshold to trigger a pause in the bubble. We will closely monitor if the situation gets worse,” Yau told reporters following a Legislative Council session. 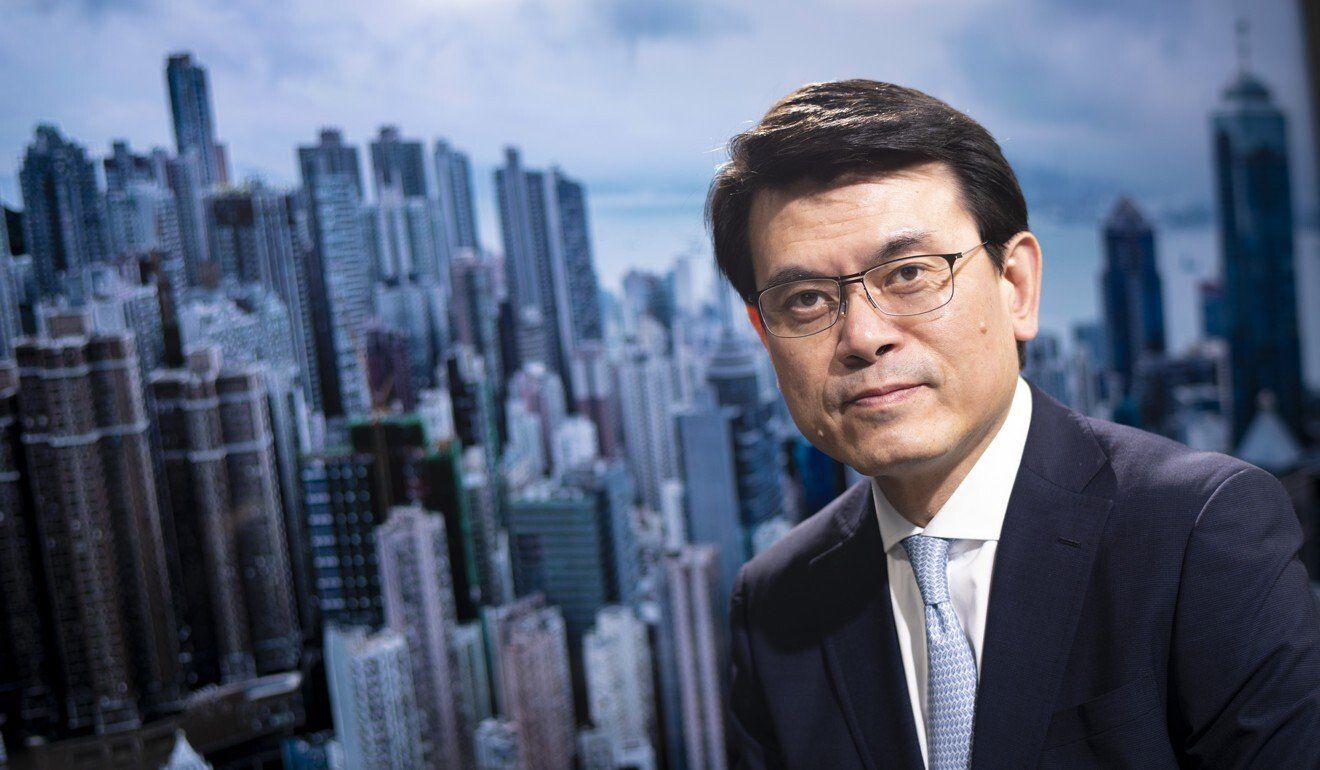 Commerce minister Edward Yau says infection rates are well below the threshold that would threaten plans for the Hong Kong-Singapore travel bubble.

According to the terms agreed by both sides, the scheme will be suspended for two weeks if the seven-day moving average of unlinked infections in either city exceeds five cases.

Anyone currently living in Singapore or Hong Kong, regardless of nationality, will be eligible.

As an added safety precaution, the Hong Kong government is only allowing fully vaccinated residents to make the trip, a rule Singapore has not imposed on its own travellers.

Those aged under 16 years, medically advised against inoculation or using travel documents other than Hong Kong passports for departure are exempted from the vaccination rule.

The latest confirmed cases in Hong Kong have shed new light on how the worrying variant cluster spread. Health authorities said the 42-year-old man was the older brother of the Dubai engineer’s 31-year-old female friend, who was the second person to be confirmed as carrying the variant infection in the community.

The 42-year-old and his female flatmate went to a family gathering on April 13 in Chai Wan, and then joined another social event in Sham Shui Po five days later with three domestic helpers, who were all later confirmed as infected.

The flatmate tested positive for immunoglobulin G, a type of antibody, indicating she had recently been infected with the coronavirus. However, she has not been classified as a confirmed case.

According to Polytechnic University researchers, genomic sequencing of the engineer’s viral sample was almost identical to that of a 28-year-old man who stayed next door during their quarantine at the Ramada Hong Kong Grand hotel in Tsim Sha Tsui. The team said the younger man was very likely to have passed the variant to the engineer.

With less than two weeks to go before the launch of the travel bubble, Singapore is experiencing a sharp rise in domestic cases, with 11 active clusters after months of zero infections. The recent clusters include one at the city state’s airport and another at one of its biggest hospitals.

Authorities say several worrying variants in both local and imported infections have also been detected, such as the B.1.617 strain that was first identified in India and is thought to be more transmissible. 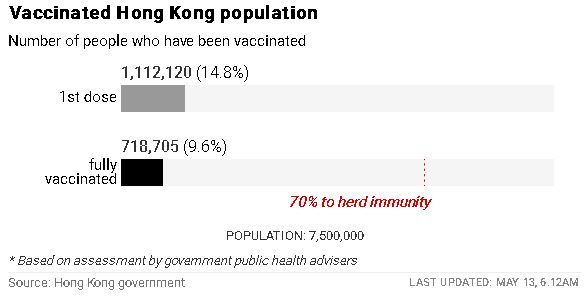 The country recorded 88 locally transmitted cases this month, compared to 55 logged in April and just nine in March.

This comes despite a growing number of its residents getting coronavirus jabs. Singaporean health minister Gan Kim Yong on Tuesday said slightly more than one-fifth of the city state’s 5.7 million population – or 1.2 million people – had been fully vaccinated, while some 1.8 million individuals had received at least one dose.

Singapore, whose vaccination programme is currently open only to those aged above 45, now has one of the highest vaccination rates in Asia, outpacing Hong Kong, where just 14.7 per cent of residents had received at least one jab as of Saturday.

Asked during a press conference last week whether the rise in domestic cases in Singapore would affect the travel bubble, education minister Lawrence Wong, who co-chairs the virus task force, said the suspension of the travel arrangement would still depend on whether the seven-day moving average of unlinked cases in either city exceeded five.

As of Wednesday, the seven-day average of unlinked cases in Singapore stood at 1.86.

Separately, Wong told parliament on Tuesday that Singapore was “on knife’s edge” and that community case numbers “can go either way over the next few weeks”, adding that it had a chance of getting things under control by the end of the month.