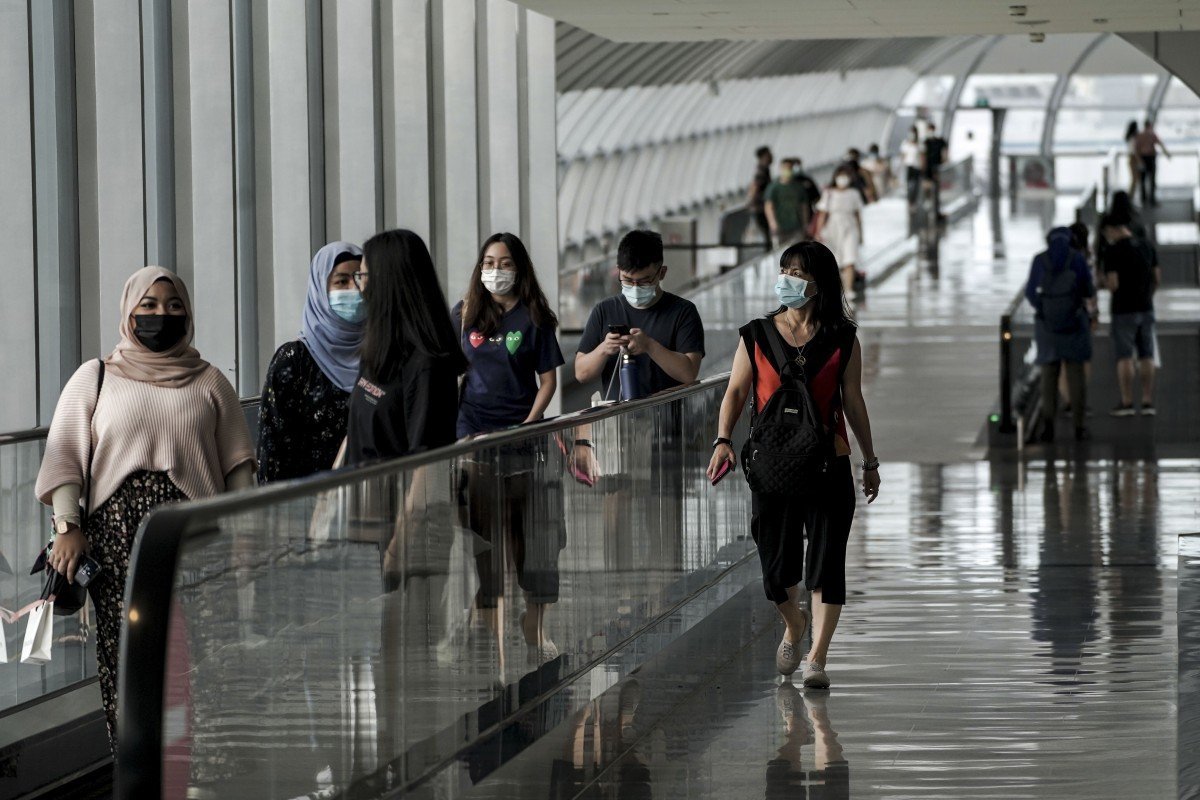 The surge in consumer interest comes one day after the two destinations announced the creation of a quarantine-free travel bubble.

Internet searches by travel-deprived Hongkongers for flights to Singapore jumped 400 per cent on the back of news the two cities planned to launch a quarantine-free travel bubble, with the rush of interest apparently prompting a spike in airfares.

Expedia said it saw the three-digit surge in customers seeking a getaway to the city state, while a Post review of fares for dates in December showed prices had shot up by at least 57 per cent in the last 24 hours, to HK$3,297 (US$425) for a round-trip ticket.

Hong Kong and Singapore on Thursday unveiled the landmark agreement to launch a bubble for general travel within “weeks” amid the havoc wreaked on the local economy – in particular the tourism industry – by the Covid-19 pandemic. The preliminary plan involves travellers showing negative test results for the coronavirus, with no restrictions on the purpose of travel and no controlled itineraries. But passengers will not be allowed to transit. 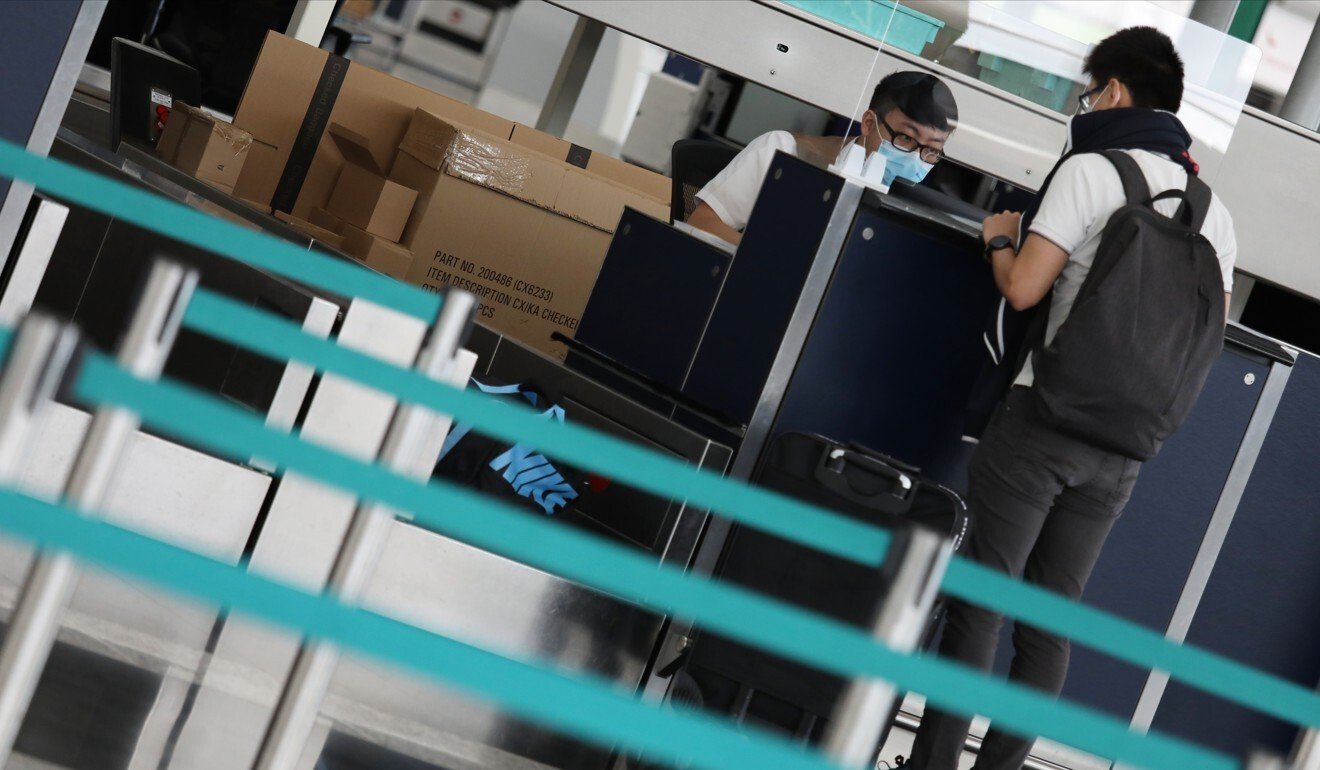 A passenger checks in at the Cathay Pacific counter at Hong Kong International Airport in August.

The in-principle agreement to establish the travel bubble between the two leading Asian air hubs was possibly the world’s first arrangement of its kind, according to Singapore’s transport chief.

Airlines are waiting to see whether they will add more flights – pending the official launch date and an early cap on passengers – to manage what is sure to be a huge interest in the resumption of near-normal travel.

Singapore Airlines (SIA), one of the largest carriers plying the route, said on Thursday it would unveil its plans in the “forthcoming days”.

A check of ticket prices on Thursday immediately after the deal was agreed showed Cathay Pacific offering a round-trip, economy class trip leaving Hong Kong in December beginning at HK$2,097, while a similar SIA ticket was priced at HK$1,947.

By Friday, Cathay was offering the same ticket on the same date for HK$3,297, while SIA was selling theirs for HK$2,397.

Having seen an earlier increase in interest on the route, SIA has already firmed up 10 return flights a week in November, adding three extra flights between Hong Kong and the city state, and leaving it primed to capitalise on the extra demand from the bubble travel.

However, airlines have not yet designated specific flights as being bubble-approved – a key consideration.

“Singapore has consistently remained one of the top 10 destinations among Hong Kong travellers over the years,” said Ang Choo Pin, Expedia Group’s senior director of Asia government and corporate affairs. “We have seen an increase of searches to Singapore by 400 per cent on Expedia.com.hk. This is a healthy indication that there’s a strong appetite, eagerness and trust among our consumers to travel again.”

Over the past 30 days, Singapore accounted for about 3 per cent of all destination searches among Asian countries, according to Expedia data.

Jeffries analyst Andrew Lee, who tracks Cathay Pacific’s financial performance, said in a research note the bubble plan was a “positive” for Cathay given its passenger traffic on the route had plummeted by 95 per cent for the past five months. Cathay had a 44 per cent market share on the route, while SIA had a 38 per cent share, according to Jefferies.

The Hong Kong-Singapore route was the 17th-busiest international air link in the world last year, with a total of 13,654 flights, according to air data provider OAG.

However, the number of flights between the two cities collapsed as a result of Covid-19. According to the Cirium Flight Schedule, there were only 54 round-trip flights planned this month offering 34,000 seats, a tiny fraction of what was available in October 2019.

“Although the travel bubble will potentially facilitate increase of services by Cathay Pacific, SIA and Scoot, demand is expected to remain depressed in the near-term as passenger confidence remains low,” said Herman Tse, an analyst at Ascend by Cirium. Scoot, a low-cost Singaporean airline, has continued to operate minimal services on the route through 2020.

Hong Kong last year had more than 450,000 arrivals from Singapore, according to the financial hub’s tourism board. Its counterpart to the south said it received 489,000 Hongkongers the same year.

Hong Kong, meanwhile, remains in a deep recession brought on by the Covid-19 crisis, which has hammered tourism, aviation and retail businesses.