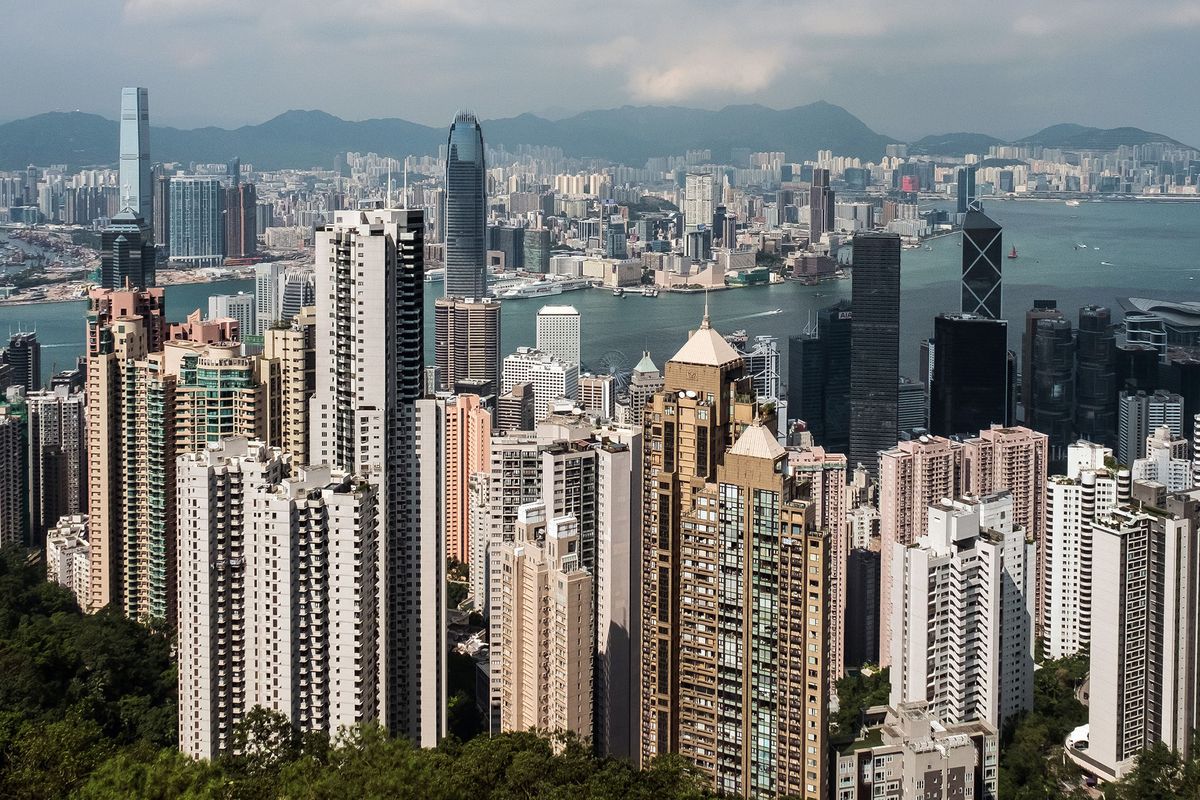 Real estate investing in Asia’s rival financial hubs won’t look the same after Covid-19 and China’s national security law.
A small number of world cities command a big slice of the global property investment pie. That’s both a boon for governments seeking fiscal nirvana in real-estate taxes and stamp duties, and a bane for residents who must battle yield-seeking global capital just to afford their residential and business addresses.

In Asia, Hong Kong’s real estate investment market is as large as its gross domestic product; Singapore’s half. In most other places, property as a professionally managed asset class is a much smaller ratio of output.

No wonder that the two island economies will be in the crosshairs of global capital again, now that the U.S. Federal Reserve is signalling a higher tolerance for inflation before withdrawing monetary stimulus.

The rival financial hubs could again become preferred shelters for cheap money, just as they were during the 2009-2014 period of post-financial-crisis quantitative easing.

Yet there are two good reasons to expect a divergence in their fortunes this time around. The coronavirus pandemic’s impact on landlord-tenant relations and the imposition of a Beijing-sponsored national security law in Hong Kong may push the markets to drift apart.

After the outbreak, the Singapore government made it mandatory for commercial landlords, including real-estate investment trusts, to offer a six-month rental moratorium to any merchant requesting it. Small businesses are coming together to demand a fair tenancy law.

Hong Kong’s laissez-faire DNA makes it an unlikely follower of a Singaporean-style interventionist approach. It’s happy letting landlords and tenants strike their own compromises — or take their disputes to court.

Both cities have their unique compulsions. Singapore has no choice except to assuage rising anxieties among its virus-hit workforce. After the ruling party’s worst electoral performance since 1965, the government is doubling down on policies that make it harder for firms to hire foreigners.

That’s not great news for the private residential market, since the city’s aging local population, already well-served by public housing, can’t do much to stoke demand.

Hong Kong’s politics, meanwhile, is in the grips of a superpower rivalry, worsened by a national security law imposed after a year of protests. For authorities in Beijing, a vibrant Hong Kong property market may be a defiant display of how the city didn’t miss an economic beat even after the U.S. took away its special trading status and put Carrie Lam, its chief executive, on a sanctions list.

The narrow interests of the powerful property builders will continue to dominate, and they’ll stay closely tuned to Beijing’s concerns. Most of the large local players told the South China Morning Post that they’d take a pass on six blocks of mansions overlooking Deep Water Bay that the U.S. government put up for sale three days after the security law was proposed.

A revival in non-residential property demand everywhere will depend on how soon reliable Covid-19 vaccines arrive. Will tourism and retail come back? Will work-from-home become a permanent drag on demand for office space?

With so much uncertainty, Singapore won’t want to fan a cycle of unsustainable prices and rents. Hong Kong faces the same doubts, but its property is already a bubble — one that the administration can’t afford to prick.

At the turn of the millennium, 13% of the Hong Kong government’s revenue came from land premiums and stamp duties. Now, the share has ballooned to 34%. Singapore’s revenue is better diversified because of investment returns from its sovereign wealth fund, GIC Pte, and state investor, Temasek Holdings Pte.

Hong Kong’s dependence on property riches can only rise from selling land parcels for a Beijing-sponsored Greater Bay Area, which will connect Hong Kong, Macau and southern China into a seamless economic hub. Most excitement about the property market is now from mainland buyers, who have accounted for 98% of all inbound investments this year.

Both cities have given landlords Covid-related tax rebates. While Singapore strengthened the holding power of existing owners by raising the leverage limit for real estate investment trusts, Hong Kong has decided to let distressed assets move to new hands and relaxed a loan-to-value ceiling for buyers of shops and offices.

First-time homebuyers were given the flexibility to borrow up to 90% of an HK$8 million ($1 million) unit last year, a move that may encourage excessive risk-taking once the pandemic shock fades.

More transactions mean more stamp duties, which can be used to perhaps repeat this year’s HK$10,000 handouts for adult permanent residents. While that may give the impression that Singapore and Hong Kong are pursuing similar welfarist policies, the reality is that they’re on different paths.

Singapore will be wary of losing its balance. Hong Kong may not mind dancing to the music of cheap money, knowing that Beijing won’t let it fall.
#COVID-19  #Covid  #Coronavirus
Add Comment