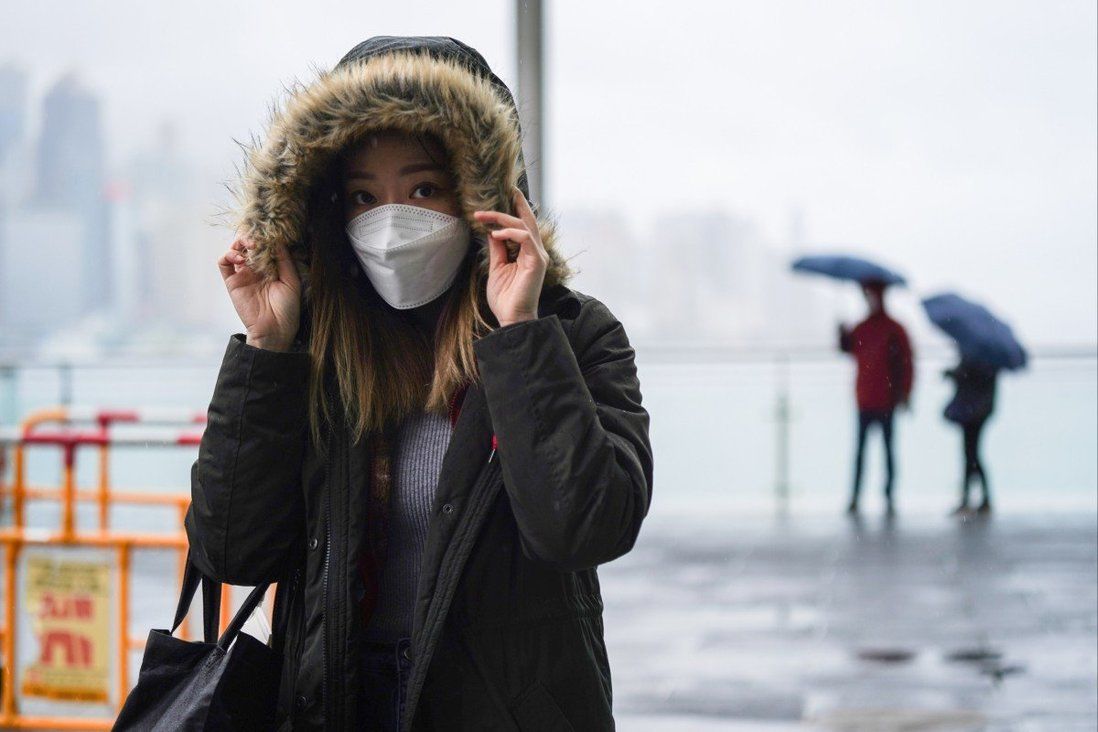 Observatory says temperature of 8 degrees on Sunday is the coldest since January 8, 2021, when the city recorded a minimum air temperature of 7.7 degrees.

Hong Kong experienced its coldest morning on Sunday since winter began, with the temperature falling to as low as 8 degrees Celsius (46.4 degrees Fahrenheit), the city’s Observatory said.

The forecaster said it was the coldest since January 8 last year, when a minimum air temperature of 7.7 degrees was recorded.

Under the influence of an intense winter monsoon across the coast of Guangdong, temperatures in urban areas lingered at 9 degrees around noon, with the New Territories a couple of degrees colder, the Observatory said.

Mercury levels at Hong Kong’s highest point, Tai Mo Shan, plunged to 0.6 degrees in the morning, while a temperature of 2.9 degrees was recorded at Ngong Ping on Lantau Island.

The weather will remain cold and rainy for the rest of Sunday and in the next few days, with rain being more frequent on Monday and Tuesday, as upper-air disturbances continue to bring wet weather to southern China.

Temperatures are expected to rise to 21 degrees by the end of the week, with sunshine returning from Thursday.

Authorities have opened eighteen temporary shelters in areas such as Yau Tsim Mong, Yuen Long and Wan Chai for those in need.

The Home Affairs Department said the shelters would remain open during the day on Monday with the cold weather warning still in force. Apart from those exempted, members of the public seeking shelter must use the “Leave Home Safe” Covid-19 risk-notification app when entering these premises.

The Observatory had issued a cold weather warning on Friday, the second time this year, with the first being on January 29. It advised people to bundle up, ensure adequate indoor ventilation and avoid prolonged exposure to wintry winds.