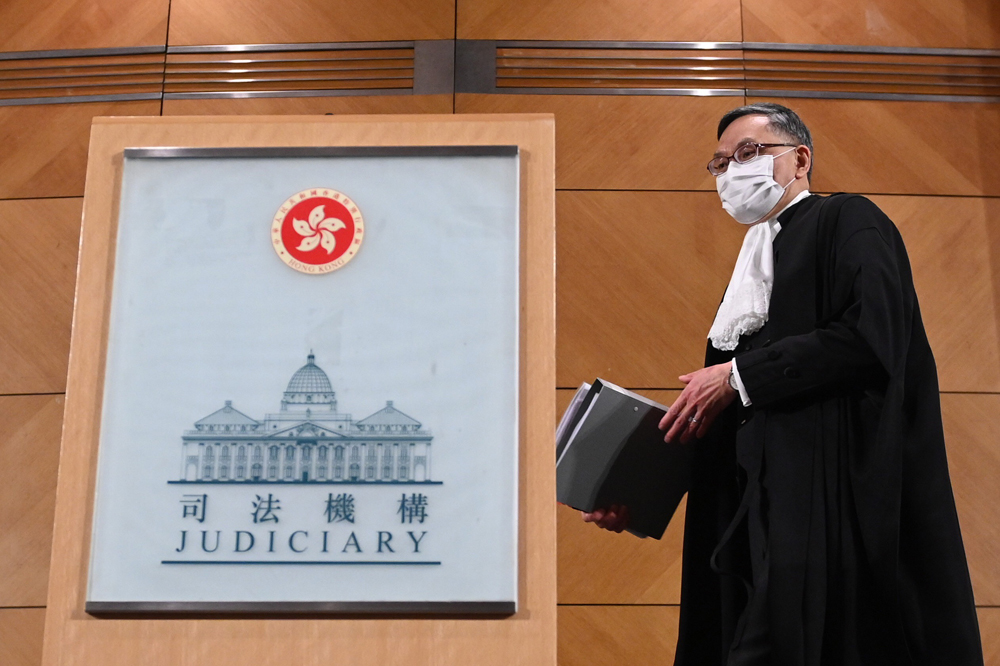 The Judiciary announced today the commencement of a two-tier mechanism for handling complaints against judicial conduct, appointing Chief Justice Andrew Cheung Kui-nung to chair the Advisory Committee on Complaints against Judicial Conduct for a two-year term starting from August 16.
The committee will comprise of eight other members, including Permanent Judge of the Court of Final Appeal, Justice Johnson Lam Man-hon, Non-Permanent Judge of the Court of Final Appeal, Justice Patrick Chan Siu-oi, Chief Judge of the High Court, Justice Jeremy Poon Shiu-chor, and Vice-President of the Court of Appeal of the High Court, Madam Justice Susan Kwan Shuk-hing.

The enhanced mechanism with a two-tier structure will be set up and is slated to begin operation on August 16, 2021.

Chief Justice Cheung in January said a review would be undertaken on the mechanism for handling complaints against judicial conduct with a view to enhancing the transparency and the accountability of the mechanism.

Pursuable complaints against judicial conduct which are serious or complex, or have aroused wide public attention will be dealt with under the two-tier system. A Panel of Judges comprising more than one High Court judge will investigate these complaints. The second-tier Advisory Committee will then review and advise on these cases before the Chief Justice makes a final decision on each complaint.

Cases already disposed of prior to August 16, will not be reconsidered.
#Johnson
Add Comment