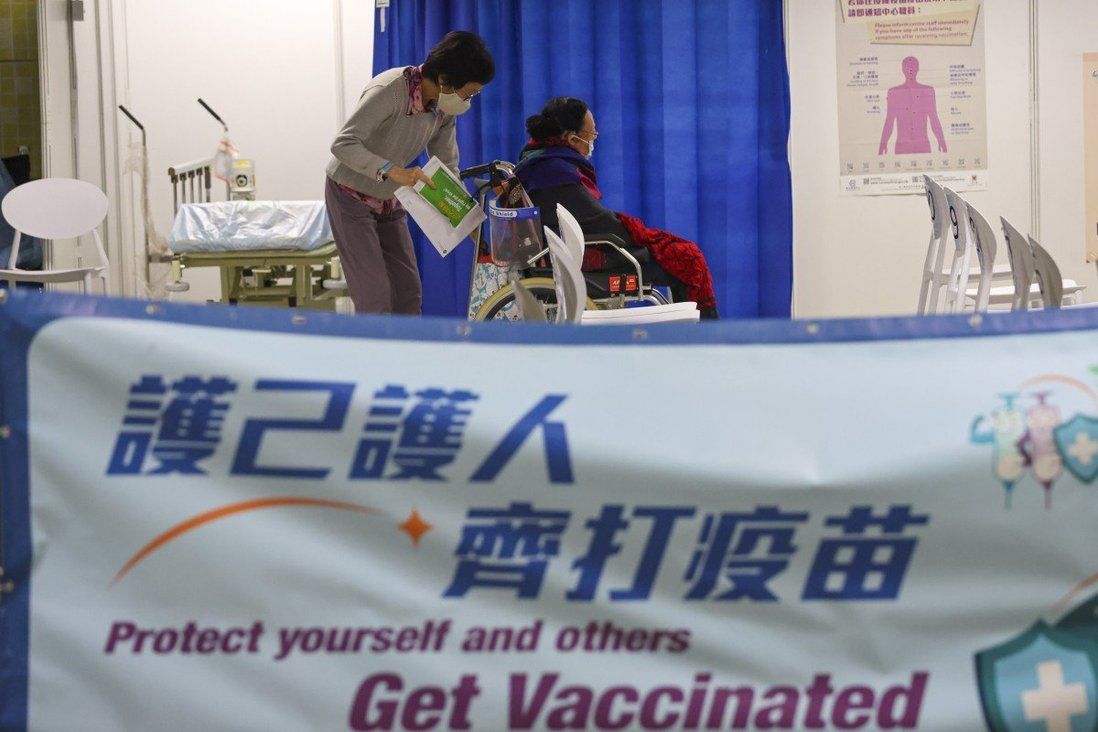 Civil service minister Patrick Nip also announced that the government would begin providing at-home vaccination for everyone aged 70 and up by the end of this month.

Hongkongers aged 60 and up can start receiving fourth doses of Covid-19 vaccines immediately, a senior official said on Friday, as he noted with concern that a lack of bookings had left the city’s inoculation campaign running at a mere one-third capacity.

Civil service minister Patrick Nip Tak-kuen, who oversees the city’s Covid-19 vaccination campaign, said that seniors who had received their third dose at least three months ago could start walking into community vaccination centres and inoculation stations at public hospitals to get their fourth doses from Friday, with no need to book ahead.

“For elderly people getting the same-day ticket, basically they will not need to wait,” Nip said at the government’s regular epidemic press conference.

For those that prefer to book in advance, the government’s online system will begin accepting fourth-dose appointments starting next Thursday. Nip said there were currently around 190,000 people aged 60 or up who were eligible for the fourth dose.

Nip also announced that the government would begin providing at-home vaccination with the Chinese-made Sinovac jabs for everyone aged 70 and up by the end of this month. An online platform will be set up to allow them to register for the service.

So far, only 19 residents have taken part in the government’s pilot at-home vaccination service, which was conducted right after overnight lockdown operations in their residential buildings, or via registrations collected by community groups.

Nip said it had been expected that only a small number of people would get vaccinated through the at-home service, noting that in one locked-down building he visited, most residents had already had their jabs.

“We could [only] identify … four to six persons per building that we can provide home vaccination [to],” he said.

Nip noted that over the past week, only about 34,000 vaccine doses had been administered each day – a fraction of the city’s maximum capacity of some 100,000.

“We are in a serious situation where ‘vaccine doses are waiting for people’, a circumstance similar to the fourth quarter last year before the outbreak of the fifth wave,” he said. “It will be too late to get a vaccine if one waits until a new wave has arrived.”

According to government data, more than 1.7 million people are eligible for a third dose but have not taken it, though Nip allowed that some of them could have been infected after receiving two, meaning they could afford to wait a bit.

Chief Executive Carrie Lam Cheng Yuet-ngor echoed Nip’s call for the public to get vaccinated, while also appealing to residents to take part in a three-day voluntary rapid testing campaign starting on Friday. The at-home mass screening exercise is aimed at providing the government with a snapshot of the pandemic situation in the city.

“If residents do not fight the pandemic together, we will have to pay for the huge consequences,” Lam said on Friday, describing the recent vaccination figures as “stagnant”.

A joint scientific committee under the Centre for Health Protection had issued recommendations on Thursday saying people aged 60 or older should get a fourth Covid-19 vaccine dose at least three months after their last one for better protection.

The recommendation was based on the fact that the vast majority of recent Covid-19 deaths have occurred among the elderly.

Over 95 per cent of the more than 8,300 Covid-related deaths recorded in the ongoing fifth wave of infections have involved people aged at least 60.

Some countries, such as Israel, Britain and France, have already started giving out fourth doses to their elderly citizens.

In Hong Kong, immunocompromised people, such as those undergoing cancer treatment and recipients of organ transplants, are currently allowed to get a fourth dose three months after their third.

Professor Lau Yu-lung, a member of the government’s Advisory Panel on Covid-19 Vaccines and its Scientific Committee on Vaccine Preventable Diseases, said on Friday that there was currently “no need” to push for a fourth dose among those younger than 60.

“As people grow older, their health and immunity generally deteriorates. As we’ve seen in the fifth wave, most Covid-19 deaths were among those who were over 60 years old and had other long term illnesses,” he told a radio programme.

“We must protect the elderly by administering a fourth dose three months after the third dose to prevent coronavirus deaths down the line.”

Lau added that those younger than 60 with no underlying health or immunity issues “should be well protected” if they had three vaccine shots, regardless of whether they took BioNTech or Sinovac.

“At the moment, unless there’s another new coronavirus variant, there’s no need for people under 60 years to get a fourth shot,” Lau said.

Lau also reiterated that while there was still a possibility of contracting Covid-19 even if a person was fully vaccinated, the point of the jabs was to reduce the risk of severe illness and death.