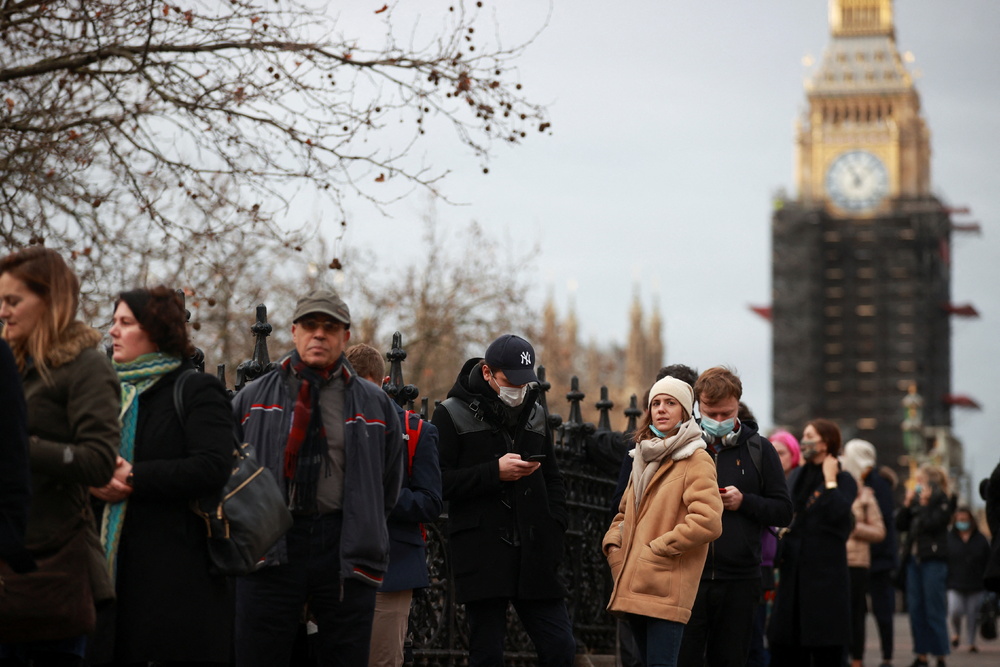 Hong Kong on Monday reported two additional Covid-19 cases involving the Omicron variant, both imported from the United Kingdom.
They were a 62-year-old male patient and a 50-year-old female patient, who arrived in Hong Kong together from the United Kingdom by flight CX252 on December 10 and tested positive at Hong Kong International Airport. Both patients received two BioNTech jabs and had been asymptomatic.

There are so far seven cases involving Omicron in Hong Kong. Two cases were related to South Africa, another two to Nigeria, and one to the United States.

A center spokesman said the seven cases were all detected at the airport restricted area or at a designated quarantine hotel, and there has not been a spread in the community. The center will adopt the most stringent prevention and control measures to prevent the mutant strain from entering the local community.

Also on Monday, two other new imported cases were reported, one involving a mutant strain.

The patients were two males aged 50 and 75 respectively. The younger one arrived in Hong Kong from from Tanzania, South Africa and Kenya by flight QR818 via Qatar on December 10. He tested positive at Penny's Bay Quarantine Centre.

The other arrived at Hong Kong from Pakistan by flight EK384 via the United Arab Emirates on December 7. He tested positive during quarantine at Silka Far East Hotel Hong Kong, Tsuen Wan.

Separately, Britain said on Monday that the Omicron coronavirus variant was spreading at a "phenomenal rate" and now accounted for about 40 percent of infections in London, so people should get a booster shot because the double-vaccinated are still vulnerable.

The country also reported its first Omicron death, and warned unless action is taken there could be a million people infected with Omicron by the end of the month.

"It's spreading at a phenomenal rate, something that we've never seen before, it's doubling every two to three days in infections," Health Secretary Sajid Javid told Sky News.

"That means we're facing a tidal wave of infection, we're once again in a race between the vaccine and the virus."
#Coronavirus  #BioNTech  #COVID-19  #vaccine  #Covid
Add Comment