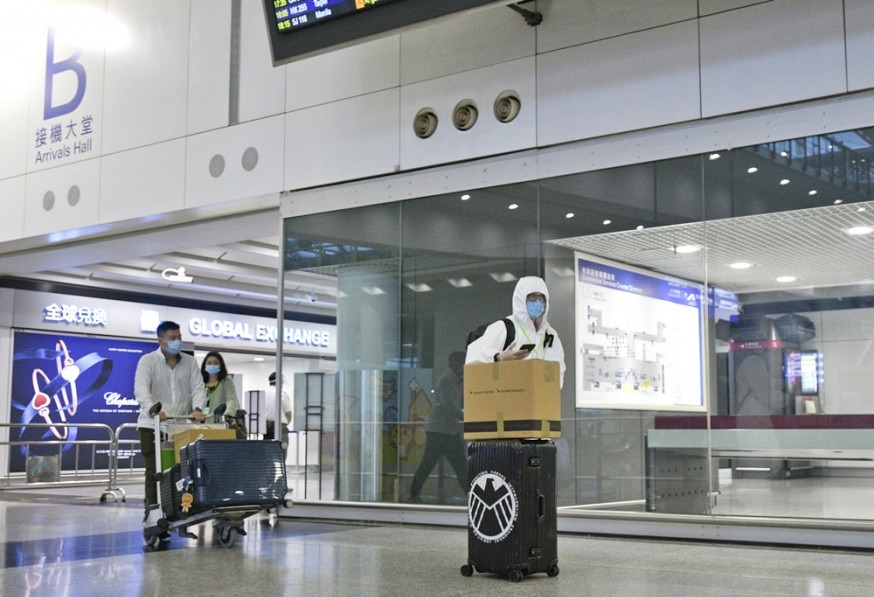 Hong Kong sees two imported cases from the US

Hong Kong reported two imported cases from the US on Saturday, pushing the city's Covid tally to 12,033.
The first case involved a 38-year-old foreign domestic helper. She lives in a house on Stanley Village Road in Stanley. She received two doses of BioNTech vaccine on April 7 and 28 in Hong Kong. She headed to the US on June 18 and returned to the city on August 1 on flight CX883.

She also tested positive for antibodies on July 27. Her Covid test results came back negative before her departure in US on July 29.

She tested preliminary positive for the virus on Thursday, the 12th day upon her arrival. Her specimen was also found carrying the L452R mutant strain.

The second case involved a 56-year-old man who also received vaccination and arrived in Hong Kong from the US.

The man received two doses of BioNTech vaccine in the US on March 12 and April 5.

The Centre for Health Protection included seven places she visited in the compulsory testing notice, including Bafang Dumpling on Wan Chai Road, 3hreesixty in Stanley Plaza, Hong Kong Tennis Centre in Happy Valley, the 3/F of the Immigration Tower in Wan Chai, as well as route 260 buses traveling between Stanley Village and Central, and route 40 green minibuses traveling between Stanley Village and Causeway Bay.

Persons who had been to these places must undergo Covid test by tomorrow.

A total of 46 cases have been reported in the past two weeks, including a local case with unknown sources while the rest are imported cases.
#BioNTech  #vaccine  #Covid
Add Comment