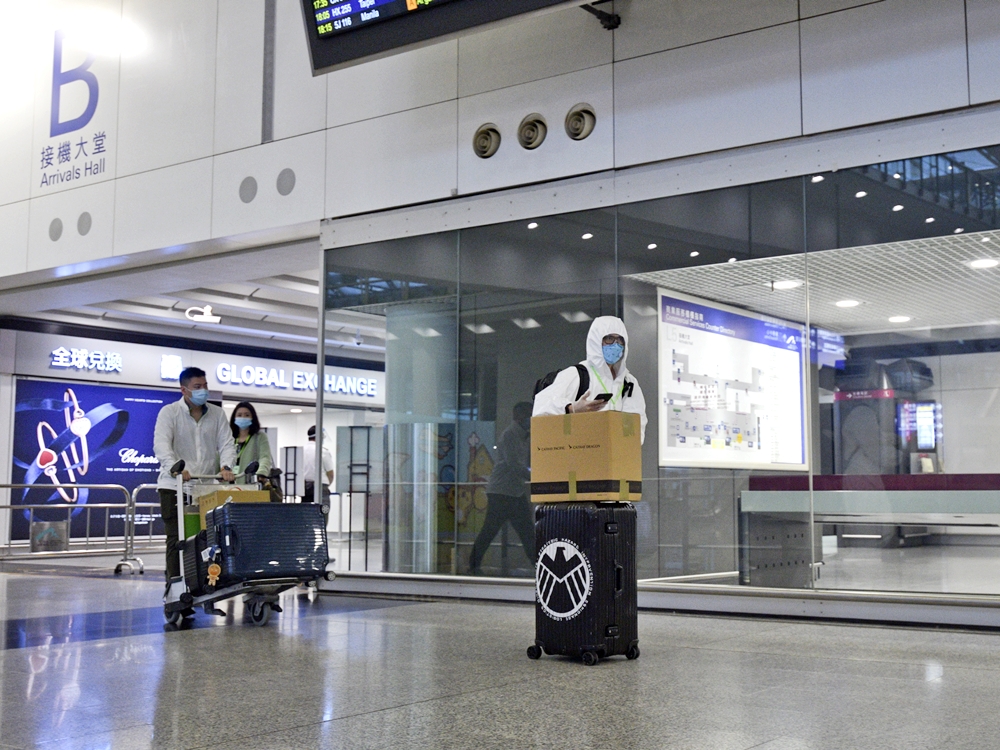 The three patients, aged between 36 to 55 years, returned to the city from the Netherlands, the United Arab Emirates, and the United States respectively. The Centre for Health Protection said all three of them had received two doses of the BioNTech vaccine in Hong Kong previously.

The CHP said among the newly reported cases, a 55-year-old man departed Hong Kong on July 11 for Spain, where his specimen collected at the airport when he returned to the city via flight KL819 on July 31 tested positive with L452R mutant strain. The man resided at Tower 6 of Harbour Place in Hung Hom.

Meanwhile, another patient involves a 36-year-old woman who resided at Bohemian House in Sai Ying Pun. She departed Hong Kong on July 16 for the United States. She arrived Hong Kong via flight CX883 on August 1 and her specimen collected at the airport on the same day tested positive with N501Y mutant strain.

The CHP said given the two had spent the majority of their incubation periods overseas, they are likely to have been infected there.

“As a prudent measure, the premises where they had resided, worked at or visited during the incubation period in Hong Kong have been put under compulsory testing notices. The epidemiological investigations and tracing of the cases are ongoing,” the CHP added.

The health authority also stressed that many recent imported cases have joined non-essential travel after vaccination, urging members of the public to avoid all non-essential travel outside Hong Kong, in particular to specified places with extremely high risk and very high risk under the Prevention and Control of Disease Regulation.
#BioNTech  #vaccine
Add Comment