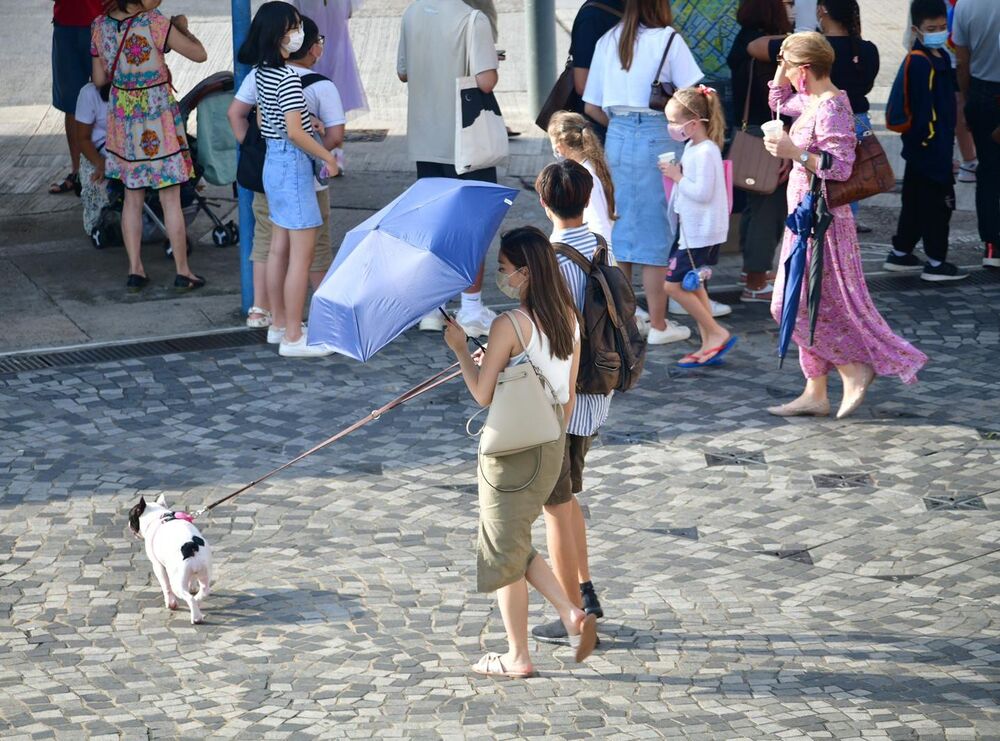 Hong Kong reported six imported cases on Saturday, including the staffer of Consulate General of the Russian Federation, who triggered the lockdown in Sai Wan Ho the previous night.
The patients involved two men and four women aged 33 to 55. They arrived in Hong Kong from Russia, the Philippines, the UK and Indonesia.

They had all received two doses of Covid-19 vaccine. Apart from a 38-year-old female patient, the five others were found carrying the L452R mutant strain.

The staffer of Consulate General of the Russian Federation is a 55-year-old man who lives at Tower 1 of Grand Promenade on Tai Hong Street in Sai Wan Ho. He had received two doses of Sinovac vaccine in Hong Kong on June 29 and July 27.

He arrived in the city on October 5 on flight AY101 from Russia via Finland, and then underwent self-isolation at home. He earlier tested positive for antibodies. He tested positive for Covid on Friday and triggered the government to lock down the building he lives at that night.

The exercise was finished around 7am on Saturday morning, and none among 830 residents there was found infected.

Among the patients three were female domestic helpers aged 34, 35 and 38, arriving from the Philippines and Indonesia. They arrived in Hong Kong on flight CX776 and 5J272 on Tuesday and Thursday.

The other two cases involved a 33-year-old woman and a 48-year-old man. They arrived in the city on October 14 from the UK. The woman traveled on flight BA031 while the man on flight VS206. The man developed symptoms on Wednesday.

A total of 64 cases have been reported in the past 14 days including a local case with unknown sources, while the rest are imported cases.