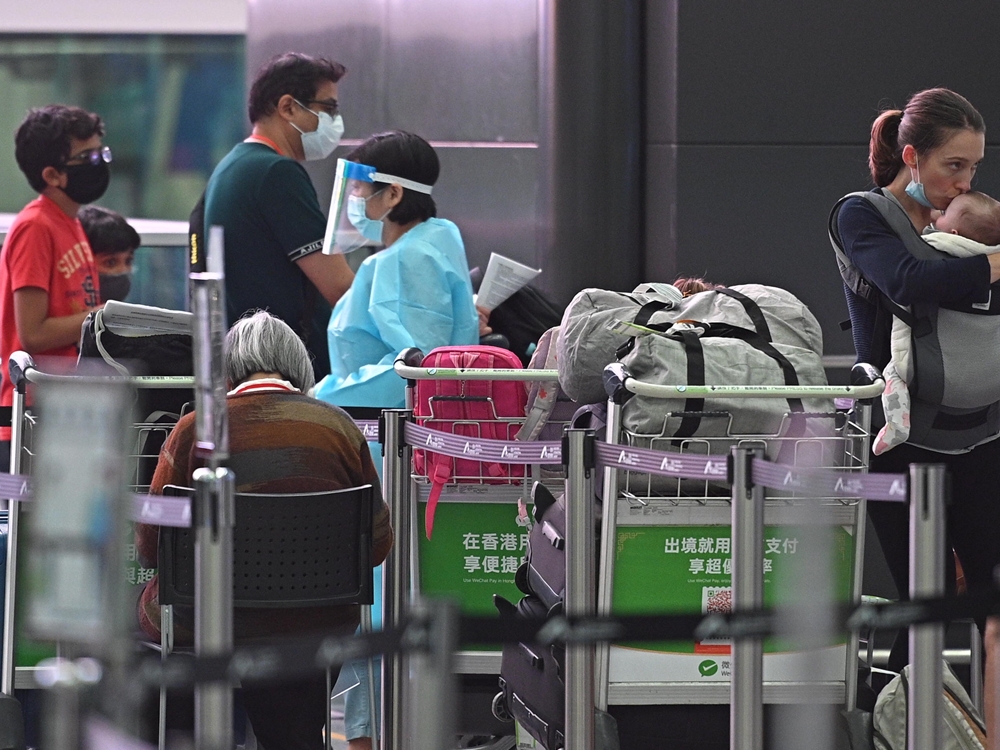 Health authorities on Tuesday reported four new imported Covid infections, including three who were fully vaccinated.
The four flew in from Germany, France, Thailand, and the United States respectively.

Apart from the 34-year-old man who arrived in the city from the United States, all others were found carrying the L452R mutant strain of the coronavirus.

A 60-year-old domestic helper who flew in from Thailand two days ago on flight CX654 was also confirmed with the virus. She had received both BioNTech jabs in March and April respectively.

The remaining patient is the 34-year-old man who flew in from the United States on flight CX881 last Friday. He was diagnosed during his compulsory quarantine at Ovolo Southside hotel in Wong Chuk Hang.

The Centre for Health Protection said he had received both doses of the BioNTech vaccine in March and April respectively.

Authorities have reported 37 cases in the past two weeks, including a local case with unknown sources and the rest are imported cases.

In total, the city has recorded 12,020 confirmed cases since the start of the pandemic.
#vaccine  #BioNTech  #Covid  #Coronavirus
Add Comment