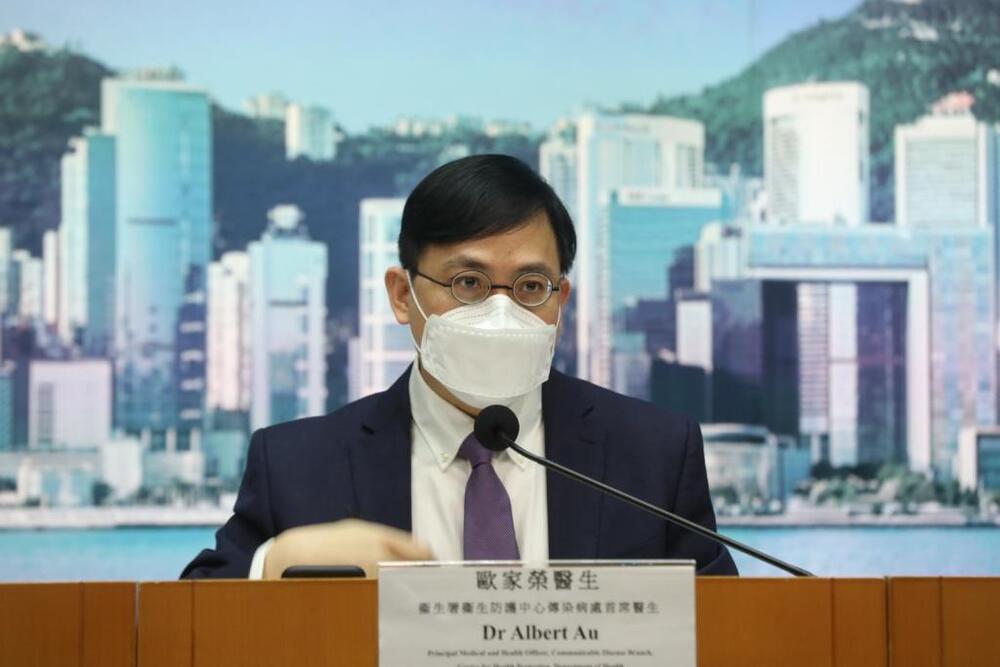 Hong Kong's daily Covid-19 caseload dropped to four-digit at 8,037 on Sunday – the second consecutive day for it to dip below 10,000 since late February. But health authorities said it is not the time to relax the social distancing rules yet.
As for the fresh cases, 3,555 were confirmed through PCR tests including two imported cases. The other 4,482 cases were positive rapid antigen test results submitted by citizens.

The tally of the fifth wave of a pandemic now stands at over 1.11 million.

The Centre for Health Protection's principal medical and health officer Albert Au Ka-wing said having fewer than 10,000 confirmed cases for two days was a "good sign", which meant the pandemic is starting to stabilize.

"But the number is still high, so there is no condition to relax the social distancing rules for the time being,” Au said.

He said he understood that members of the public were getting tired of anti-epidemic rules, but there were still transmission chains in the community and they should not let their guard down nor resume cross-family gatherings.

Hospital Authority's chief manager for integrated clinical services Larry Lee Lap-yip reported 151 new deaths, including 130 deaths recorded in public hospitals in the past 24 hours and 21 due to lagged results.

The deceased patients included 78 men and 52 women aged from 57 to 108. Among them, 72 were residents of care centers and 78 had no vaccination record.

Au said another outbreak was reported at a care center for people with disabilities, involving a resident and a staffer.

So far, the coronavirus has hit a total of 783 elderly homes, involving 750 residents and 136 workers. Among them, 38 elderly homes saw new outbreaks in the past 2 weeks, accounting for 4.7 percent of such homes in Hong Kong.

As for residential care homes for people with disabilities, a total of 285 of them were affected in the fifth wave, involving 228 residents and 120 staff. Among them, new cases were reported at 19 care homes within two weeks, accounting for 5.7 percent of the total.
#Coronavirus  #COVID-19  #Covid
Add Comment