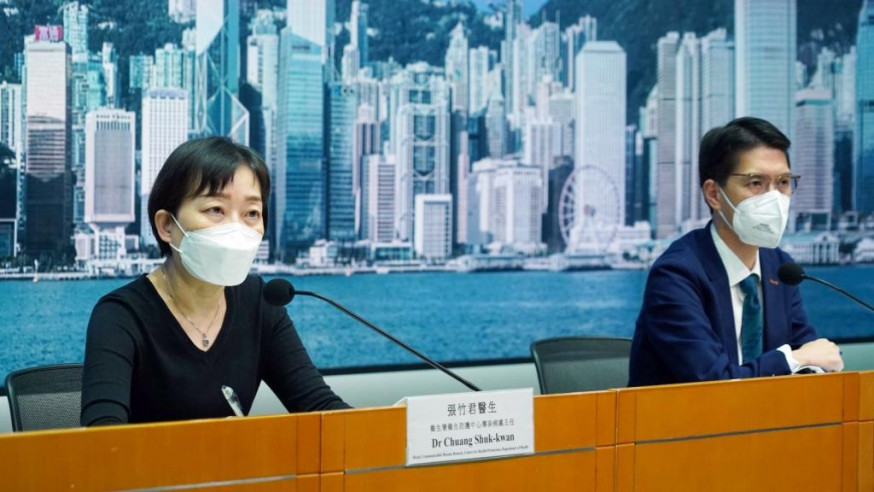 Hong Kong reported 430 new Covid-19 cases on Wednesday, as health authorities said a rebound was within expectations.
Among the new cases, 222 were confirmed via PCR tests, and 208 were positive rapid antigen testing results reported by citizens.

The new cases included 15 imported cases, of whom four arrived in Hong Kong on Tuesday, including three on flight JL029 from Japan and one on flight AI316 from the Philippines.

The other 11 patients arrived in Hong Kong earlier from the United States, the United Kingdom, Singapore, and Taiwan and tested positive on the third or fifth day after arrival.

The overall caseload of the fifth wave of the pandemic outbreak has now exceeded 1.19 million, according to the Centre for Health Protection's Chuang Shuk-kwan.

As the number reported today saw a slight rebound of 80 cases, Chuang said the government would not rely solely on the number of confirmed cases on a given day to determine the development of the pandemic.

Given the class resumptions and relaxations of social distance measures, she said it has been expected to have a rebound, but the authorities will monitor how far it goes.

In addition, after repeated tests, a school confirmed that a student reported as positive yesterday was tested negative, making the number of confirmed students yesterday 12.

The new deaths included five men and three women aged 49 to 95. Lau added that one was a resident of an elderly home, three had no vaccination record, and seven were aged 65 or above.

Another 49-year-old woman received one dose of the Sinovac vaccine on February 24 and was found to have lung cancer earlier. She went to the emergency department of Princess Margaret Hospital on April 21, reporting having dizziness and frequent falls at home.

The hospital then performed a scan on her, which suggested that lung cancer may have spread to different parts, including the brain and bone.

Hospitals and treatment facilities are now housing 1,716 patients. Among them, one is in critical condition, another is in serious condition, and 16 have been admitted to hospitals' intensive care units.

As of Tuesday, 256 patients have recovered from Covid-19, and 175 of them have been discharged.