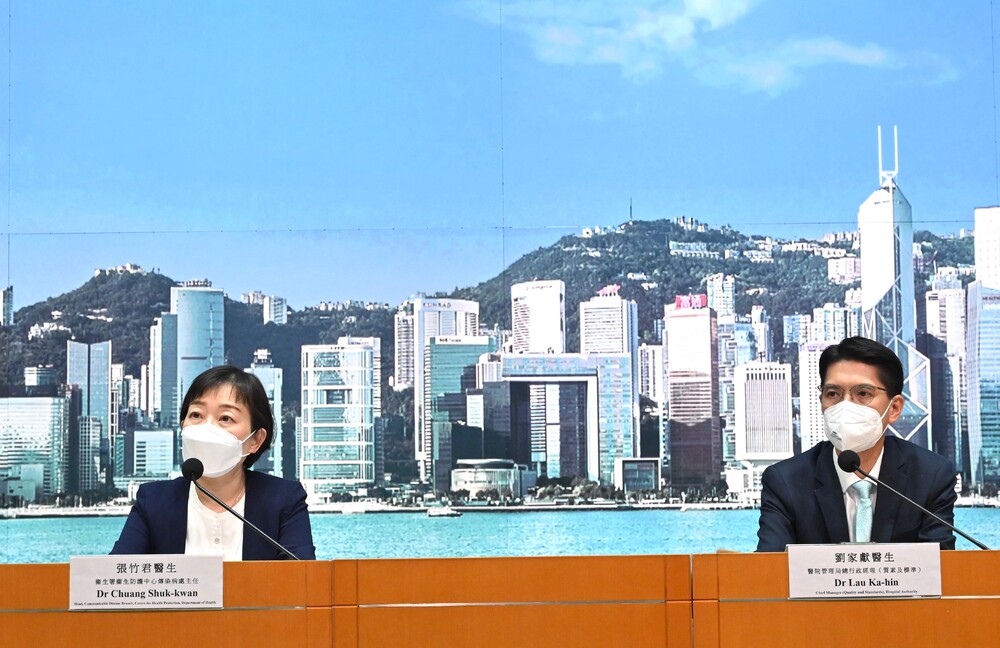 Hong Kong reported 347 new Covid-19 cases on Tuesday, including 13 positive cases detected at schools throughout the city, marking the third day the city saw its daily infection falling below 500.
Among the new cases, 205 were confirmed via PCR tests, and 142 were positive rapid antigen testing results reported by citizens.

The new cases included 12 imported cases. Five patients arrived in Hong Kong on Monday on flights CX252 and SQ882, while the others were detected in community testing centers.

The overall caseload of the fifth wave of the pandemic outbreak has now exceeded 1.19 million, according to the Centre for Health Protection's Chuang Shuk-kwan.

Seven students went to school on Monday, while two of the teachers were among the imported cases who tested positive during the "hold and test" procedure at the airport.

As of Tuesday, 617 schools have resumed classes and reported 47 positive cases. Chuang also told reporters she didn't have the timetable for the second phase of the relaxation of Covid-19 rules.

Meanwhile, Hospital Authority's chief manager for quality and standards, Lau Ka-hin, said about 190 doses of antiviral drugs made by AstraZeneca have arrived in Hong Kong and been distributed to hospitals' patients in need.

A 91-year-old man passed away on April 24, while the other six passed away on Monday. Four were residents of elderly homes, and three had no vaccination record. All seven were aged 65 or above, Lau added.

Hospitals and treatment facilities are now housing 1,868 patients. Among them, two are in critical condition, three are in serious condition, and 16 have been admitted to hospitals' intensive care units.