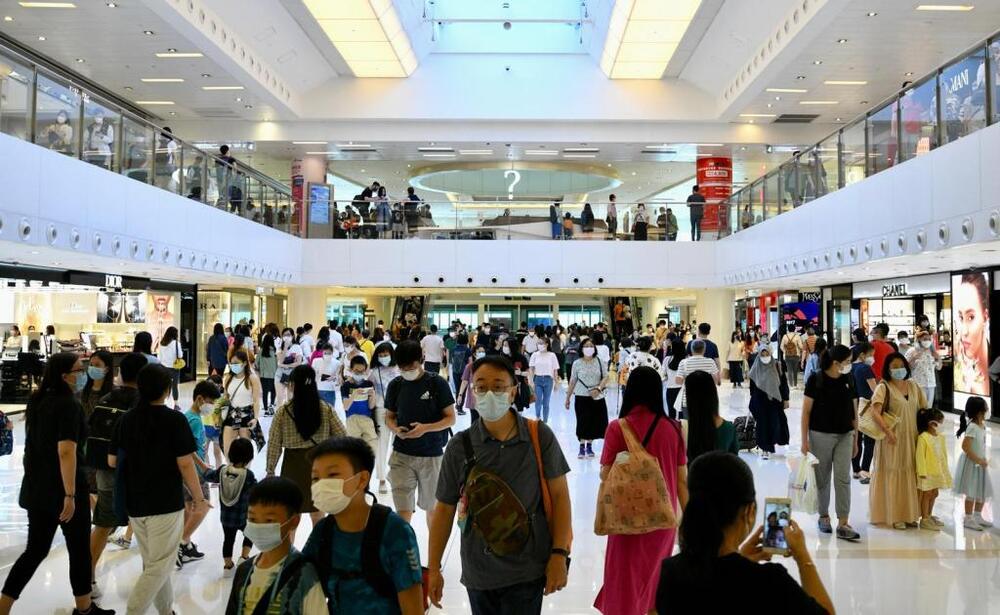 Hong Kong sees 237 Covid cases, the sixth wave is a 'must'

Hong Kong reported 237 new Covid-19 cases and no related deaths on Sunday, as health authorities foresee that the sixth wave of the outbreak is a "must".
Among the new cases, 94 were confirmed via PCR tests, and 143 were positive rapid antigen test results reported by citizens.

Au said the city will definitely see a sixth wave of the pandemic and it is only a matter of time. He called on citizens to get jabbed as soon as possible as the antibodies will decline over time and the virus will also mutate.

There is no specific indicator of the sixth wave but the authorities will continue to monitor the trend of the pandemic, while keeping an eye on the number of new hospital admissions, patients in intensive care units and deaths.

The outbreak cluster originated from Lan Kwai Fong Hotel saw a 64-year-old woman who arrived in Hong Kong from the US earlier and had gone to the McDonald's at Cityplaza Phase 3 in Quarry Bay at 10pm on May 13.

A family of three that was at the restaurant during the same period, with more than 10 minutes of overlap, developed symptoms on May 18 and tested positive on the same day.

Au said the family lived in Block C of Mount Parker Lodge in Quarry Bay, involving a 41-year-old woman, an 8-year-old boy, and a 9-year-old boy. Whether there is any connection between the family and the woman remains unknown.

Meanwhile, Benchmark added three more cases on Sunday, including two students and one staff. The 46-year-old male staff member had no contact with the students but worked with two other staff members who were confirmed earlier. The cluster has now recorded 24 cases, including 22 students and two staff.

The cluster at Tam Jai Sam Gor Mixian on Queen's Road Central also added one more case who are students of Benchmark training center. So, the cluster now sees a total of nine patients, and eight of them were from Benchmark.

Au added that a student from Benchmark revealed that they would take off their masks when drinking water or talking in class.

He also added 25 imported cases, including 13 detected at the airport from the U.S., Singapore, India, Canada, and German. The other 10 cases were identified at quarantine hotels.

Au said a 46-year-old man who arrived in Hong Kong from Singapore had received three doses of the Covid-19 vaccine and had never been confirmed.

He tested positive on the twelfth day upon arrival with a CT value of 23 to 24, while no other case was detected from the same floor or the same building he stayed in during quarantine.

As the case may be a local infection or an imported case, and the source of the infection is not yet known, the places he visited are subject to mandatory testing.

The Social Welfare Department on Friday tested 3,000 residents of residential care homes, of which 10 tested positive with relatively higher CT value, believed to be re-positive cases.

Hospital Authority’s chief manager for quality and standards, Lau Ka-hin, reported no new Covid-related death on Sunday. The city's death tally of the fifth wave of the pandemic now stands at 9,157.