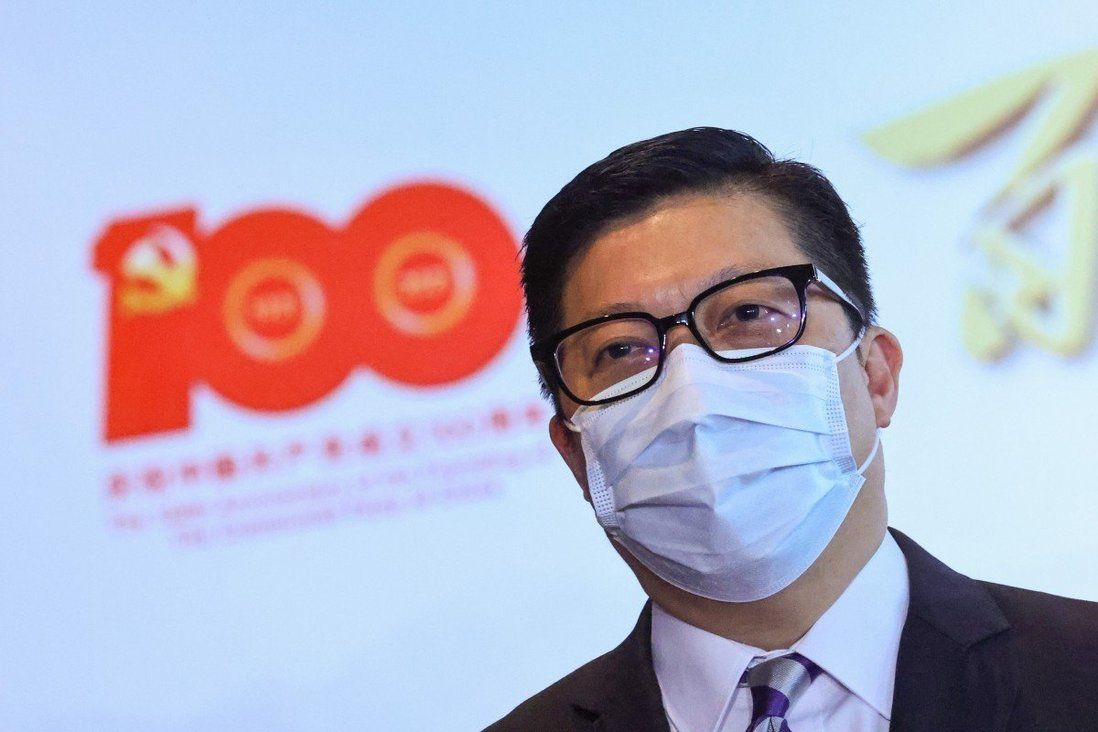 The front had posed substantial risk to national security, while the union connived with forces that endangered the legislation, Chris Tang says.

Hong Kong’s security chief has vowed a crackdown “on all fronts” against the opposition-leaning Professional Teachers Union (PTU) and Civil Human Rights Front, saying their disbandment would not shield them from legal liabilities.

Echoing earlier warnings from the central government, Chris Tang Ping-keung said no individual or organisation that broke the law would go unpunished.

In a post published on his official blog on Monday, the secretary for security suggested that the two groups be investigated for national security
offences.

The 95,000-strong PTU, the biggest teachers’ union in the city, announced its disbanding last Tuesday, citing a worsening political climate.

The front, which organised several massive protests during the 2019 anti-government movement, revealed on Sunday it too was folding. The umbrella organisation, formed in 2002, said going forward was not feasible with member groups facing oppression and convenor Figo Chan Ho-wun serving a jail sentence over an illegal protest in 2019.

Tang accused the front of “getting more radical” in recent years and posing “substantial risk to national security” as violence often erupted after the end of the rallies it organised.

The group had failed to register with the government or provide police with information on its funding sources and related bank accounts as required, he noted.

“Such a move conveys a wrong message. Many young people would think there is no consequence for not complying with the law and would thus be pushed into an abyss of lawlessness,” he said.

Tang accused the PTU of “publicly conniving with black violence and the forces that endanger national security”.

“It even induced students to boycott classes and take part in illegal marches, putting politics above education professionalism and spreading wrong ideas to students and teachers,” Tang said, calling such acts “appalling”.

“Although the [two] organisations have announced they will disband, I have to reiterate that the illegal acts committed by any individuals or organisations will not vanish after they quit or disband. Nor can they evade legal responsibility,” he said.

“Law enforcement agencies will continue making efforts on all fronts to investigate individuals and groups that pose a threat to national security, whether the relevant organisations have ceased to operate or not,” he continued.

“No lawbreaking organisations and criminals will go unpunished. [The government] will make sure those endangering national security will be brought to book.”

“It has gone into a cul-de-sac and thus announced it had dissolved in haste,” a spokesman said. “But it will be dreaming if it thinks it can escape legal responsibilities.”

Joining in the condemnation, the central government’s liaison office accused the front of challenging “the red line of the ‘one country, two systems’ principle and the city’s constitutional order”.

It said the front had “severely poisoned the social atmosphere”.