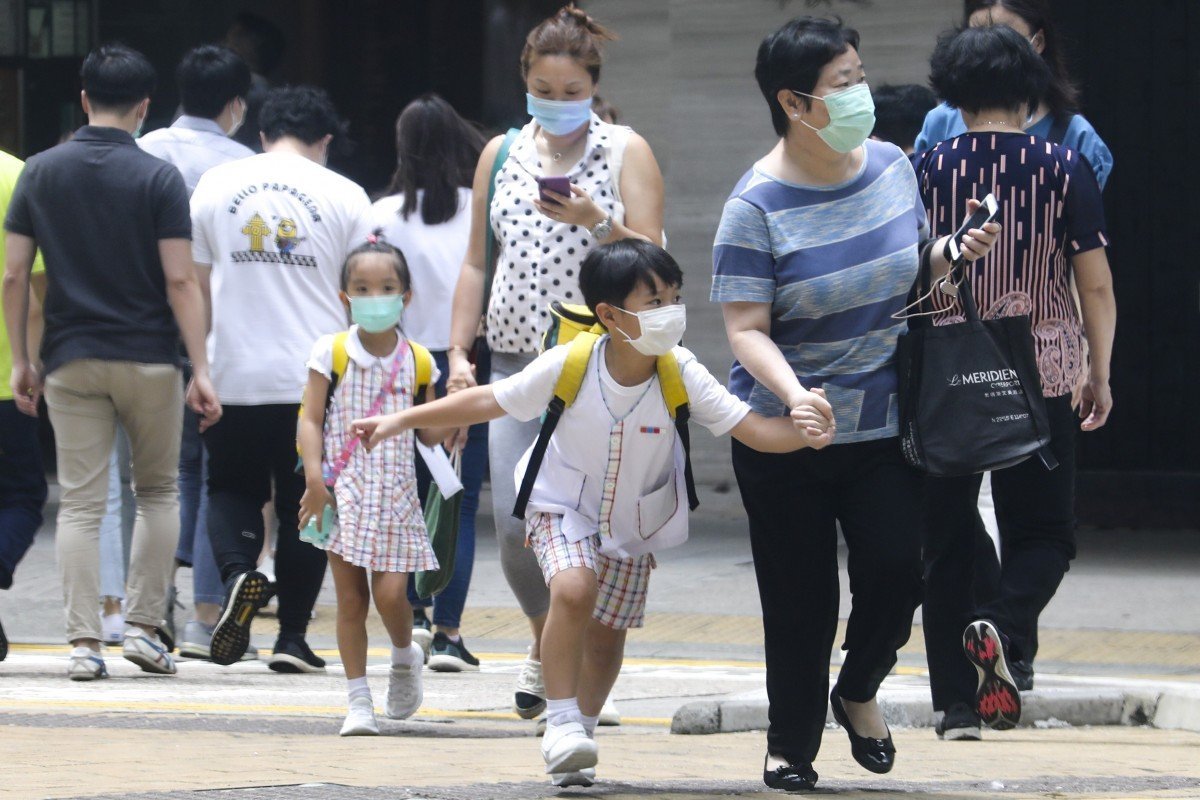 Citywide suspension of face-to-face classes takes effect from Wednesday and into the new year.
All Hong Kong schools will close from Wednesday until after the Christmas holidays to curb Covid-19’s spread, as the city confirmed a four-month high of 115 new infections and its leader warned tougher punishments for breaking coronavirus rules were coming.

Chief Executive Carrie Lam Cheng Yuet-ngor also revealed in an exclusive Post interview that an extensive work-from-home policy for Hong Kong’s 177,000 civil servants would be laid out “in a day or two”, with the city entering a critical phase of its fourth Covid-19 wave.

The government ordered the schools shutdown as Sunday’s tally marked the highest daily increase in infections since the contagion surge started more than a week ago, and the first time the city had recorded a three-figure rise since the 125 cases logged on August 1.

Of the latest cases, 62 were tied to the dance venue cluster – bringing the city’s biggest Covid-19 outbreak so far to 479 – 23 others had known links, 24 were untraced and six were imported. More than 50 people also tested preliminary-positive for the virus.

“According to the trend and the numbers so far we have observed, it seems that [the fourth wave] is more severe than the last wave,” said Dr Chuang Shuk-kwan, head of the Centre for Health Protection’s communicable disease branch.

“But of course it depends on the coming days. We have so far tightened some social-distancing measures, and increased the general awareness of the public and increased testing.”

Education officials revealed on Sunday their decision to suspend until after Christmas all face-to-face classes across the school network from Wednesday, with tutorial centres shutting for two weeks.

Classes for children in kindergarten, and in years Primary One to Primary Three, had already been suspended last Monday for a fortnight, because of an increasingly severe outbreak of upper respiratory tract infections. Sunday’s decision extends that into the new year.

Earlier, both the education sector lawmaker Ip Kin-yuen, and the pro-establishment Hong Kong Federation of Education Workers, demanded the suspension of all classes and flexible arrangements for those students facing key exams in Primary Six, and forms five and six.

Coinciding with the citywide closure announcement, St Clare’s Primary School was shut immediately for 14 days after a student there was confirmed as infected.

Lam told the Post that her four official advisers on the pandemic warned her in a Saturday meeting that “the next two weeks are going to be very critical”﻿, requiring what she called a rapid, precise and tough response.

“We could get tough on the penalties. I do feel that a HK$2,000 (US$258) [fixed penalty] ticket is no longer effective,” Lam said, referring to the punishment for violating the city’s social-distancing laws. “And we could also get tough on enforcement.”

She also raised the spectre of a return to the days of widespread working from home for civil servants, which would likely see much of the private sector following suit.

“We would have something to tell the civil servants maybe in a day or two about more extensive work from home or perhaps going back to the toughest period that we have seen,” she said.

Currently, those violating social-distancing curbs, such as gathering in a group of more than four in public, are liable to a HK$2,000 fine.

In the interview, Lam also defended the ambitious “zero infections” target she set in her policy address last week, saying she had to “display the political determination” to address and tackle the situation.

“There’s nothing wrong for the government to say that we strive,” the leader said. “It’s not entirely not possible when it comes to local infections.

“Imported cases will be difficult unless we seal off the border and the boundary allowing nobody to come in. But I don’t think that’s realistic.”

As of Sunday, the city’s total number of confirmed coronavirus infections was 6,238, with 109 related deaths.

Meanwhile, the government was preparing to order all staff working in care homes for the elderly and disabled to take a coronavirus test.

Secretary for Labour and Welfare Dr Law Chi-kwong said all those employed in the care home industry, except those working in homes on outlying islands, would be told on Monday to get tested before December 14.

Once this first round of compulsory testing was completed, in about two weeks, he said the government planned to order staff to get tested every week.

Since July, the government has arranged five rounds of voluntary screening for staff working at these homes.

About 86 per cent of employees across different city care homes were tested in the first round, Law said, but that had fallen to only 68 per cent since the third round.

Testing these workers was important, the minister added, given that 46 per cent of those who died from Covid-19 in 21 developed countries were living in care homes.

In Hong Kong, of the 102 care homes residents who had been infected, Law said about 30 per cent had died.
#COVID-19  #Covid  #Coronavirus
Add Comment