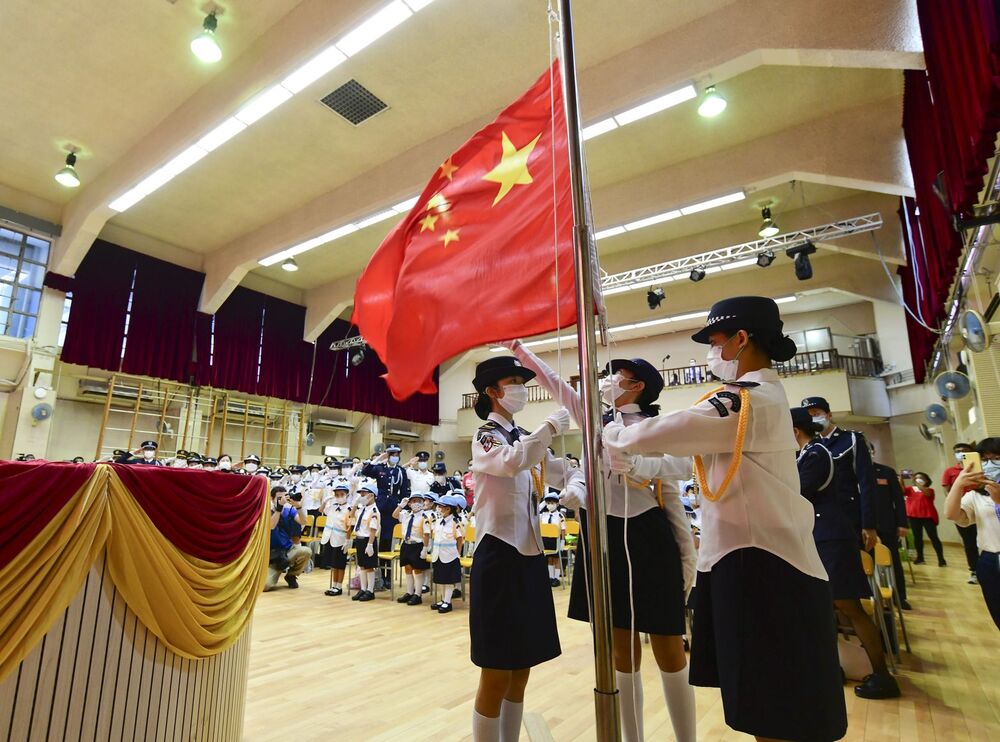 A spokesman for the bureau said schools are required to conduct a national flag raising ceremony weekly along with the days mentioned above, the national anthem should also be played and sung in the ceremony.

Meanwhile, schools are strongly advised to conduct a national flag raising ceremony on important days and special occasions such as graduation ceremonies, swimming galas, and sports days, according to the spokesman.

As for kindergartens, the spokesman said they should consider factors such as the availability of space and facilities to conduct a national flag raising ceremony, so that students can learn about the national flag and national anthem of their own country from an early age.

The bureau also encourages international schools and other private schools offering solely non-local curricula to refer to the requirement, and arrange for displays of the national flag and conduct a national flag raising ceremony.

The spokesman added that it would enable students of different ethnicities or nationalities to learn about the culture and history of the country where they live.
Add Comment