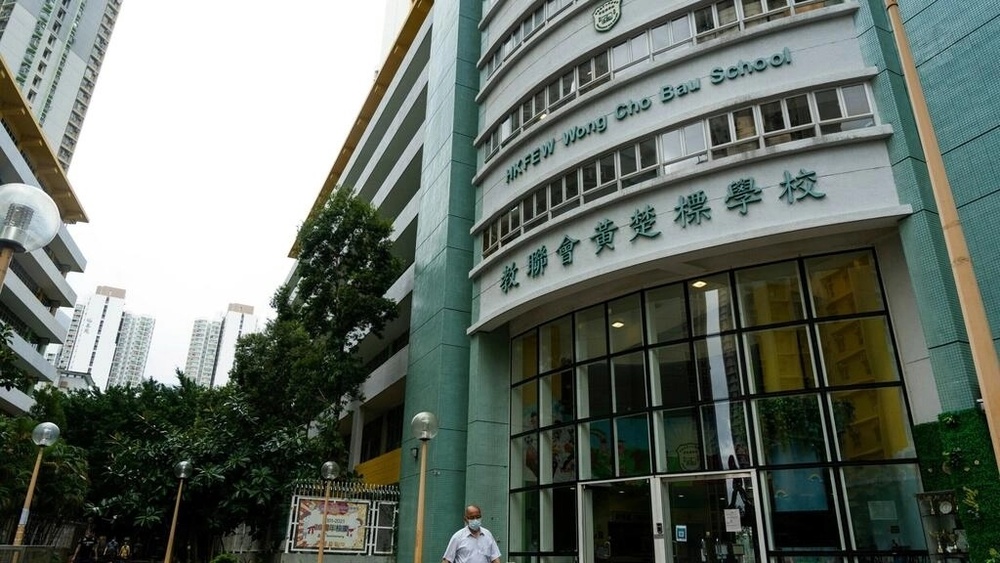 A Hong Kong primary school is looking for pupils to spend a week in hotel quarantine ahead of next month's handover anniversary, fuelling speculation a strict "closed-loop" system will allow Chinese President Xi Jinping to visit.
The first day of July marks 25 years since Hong Kong was handed to China by colonial Britain, as well as the first day in office for the city's new Beijing-anointed leader John Lee Ka-chiu.

China's top leaders have attended the swearing-in of every Hong Kong chief executive since the 1997 handover, but Xi has not left the mainland since the coronavirus pandemic began.

With little over a fortnight to go, officials have yet to say whether Xi or any other state leader will attend the celebrations.

But local media has been filled with reports suggesting extraordinary measures will be in place to protect dignitaries from the coronavirus, including sequestering hundreds of participants in quarantine.

Those reports have mostly cited unnamed sources, but one such order has been confirmed.

Parents of students at Wong Cho Bao School, which is run by the pro-Beijing Hong Kong Federation of Education Workers (HKFEW), have been asked to sign their children up to greet visiting dignitaries.

The arrangement will require the pupils to undergo seven days of hotel quarantine away from their families with the government footing the bill, according to a notice shown to AFP by school principal Wong Kam-leung.

The notice encouraged parents to volunteer their kids for a "rare honourable mission" to greet unspecified visitors at the airport on June 30 and send them off a day later.

The students involved will start hotel quarantine on June 23 under teacher supervision, and will attend classes via Zoom, the notice said, adding they must be double-vaccinated.

School principal Wong told AFP the notice was "internal administrative procedure" to gauge parent interest, and that the government had yet to finalise plans.

Wong, who also chairs the HKFEW, said the notice went out to primary six students -- usually aged 12 -- but declined to say how many have signed up so far.

Xi has not travelled outside mainland China since January 2020, when the coronavirus burst from the central city of Wuhan, touching off a global pandemic.

He has since cocooned himself -- and China -- from the rest of the world, keeping borders mostly closed and eschewing international travel.

The Beijing Winter Olympics earlier this year were the one time during the pandemic that Xi met world leaders face to face.