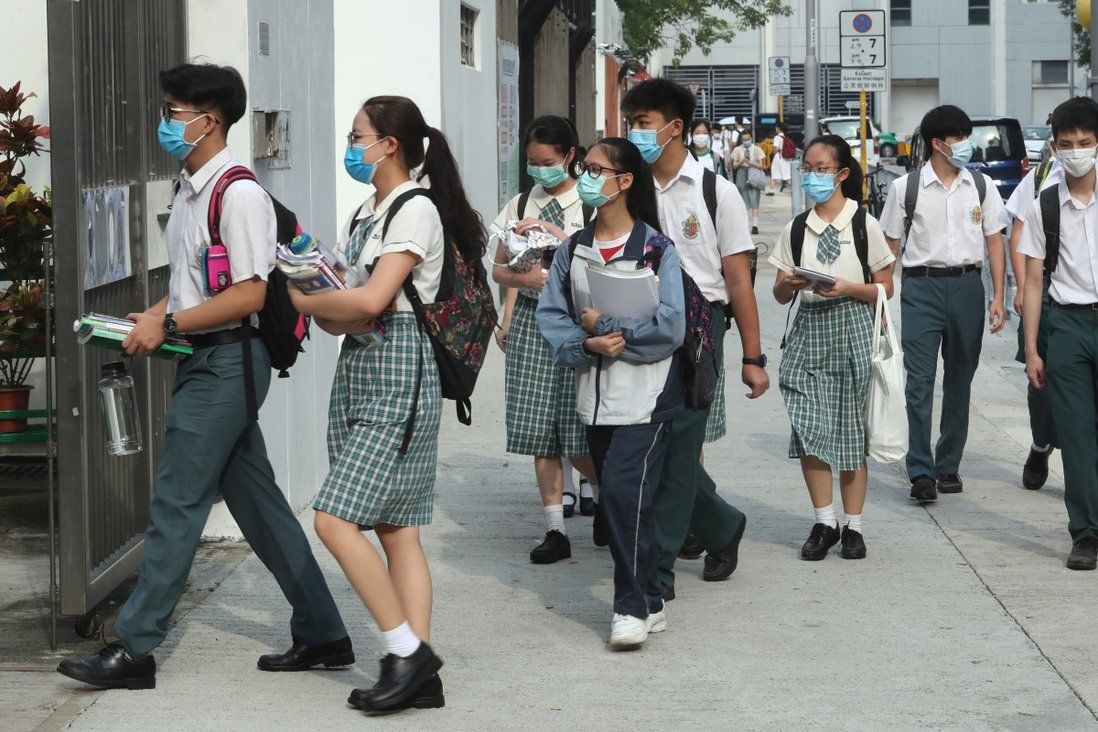 Hong Kong secondary school heads have called for special arrangements for students sitting university entrance exams who have been affected by the recent Covid-19 outbreak as the city leader announced assessments would be scheduled for late April.

Members of the education sector have cautiously welcomed plans to resume in-person learning, while others have said they were worried about a possible outbreak among younger students.

Meanwhile, secondary schools, which will act as Diploma of Secondary Education (DSE) exam centres, will resume in-person classes after core subjects assessments have been completed.

Lam said DSE exams would begin as scheduled on April 22. Authorities announced earlier that candidates would need to test negative for Covid-19, with those who were infected or under isolation orders not allowed to sit the assessments.

But the Hong Kong Association of the Heads of Secondary School (HKAHSS) urged the Hong Kong Examinations and Assessment Authority (HKEAA) in a letter on the same day to provide special arrangements for candidates who were affected by the local epidemic.

The association said students living in buildings with compulsory testing orders should be prioritised for virus screening, while candidates living with infected family members should be allowed to take the exams at special centres.

Those who are absent during exams should also receive a fairer grade projection based on their school performance, the HKAHSS added.

Association chairman Lin Chun-Pong also suggested the relaxation of a cap on marks for any candidates who were absent from DSE exams because of infection and would be forced to rely on grades from internal school exams.

The education group said it hoped that the grading of all students’ exam papers would reflect the serious disruptions caused by the fifth wave, including for distinction levels of 5* and 5**.

Meanwhile, city leader Lam has said the government would seek to boost the inoculation rate of children aged three to 11 years old to 90 per cent by next month, despite there being no plan for Covid-19 vaccines to be mandatory for pupils and students.

At present, only 57 per cent of children three to 11 years old have received their first dose of a Covid-19 vaccine.

But Choi Lai-Fong, a council member of the Hong Kong Federation of Education Workers and principal of a private kindergarten, said it would be difficult to reach the proposed inoculation rate by next month, adding that many parents were worried about possible side-effects of the vaccines.

Chu Kwok-keung, the lawmaker for the education functional constituency, suggested the government could assess the risks for kindergartens before they resumed in-person learning, saying he had received mixed reactions from centres.

“Some support the class resumption as the drop-out rate in kindergarten is really high [during the class suspension], some others have reservations as they worried a large number of the kids would get infected,” he said.

But Ng said he was not worried about a possible outbreak at schools, adding that campuses had not reported any major Covid-19 outbreaks throughout the pandemic.

However, the principal said he was more concerned about possible personnel shortages, such as whether there were sufficient supply teachers available if many full-time educators were infected with the coronavirus.

Schools previously brought forward their summer holidays from last week until the end of the Easter holiday in April, to allow campuses to be used for mass testing, with Lam saying on Monday the initiative would be put on hold.

The Post has learned the campuses will now act as storage sites for anti-pandemic kits, which will be distributed to every household in the city.