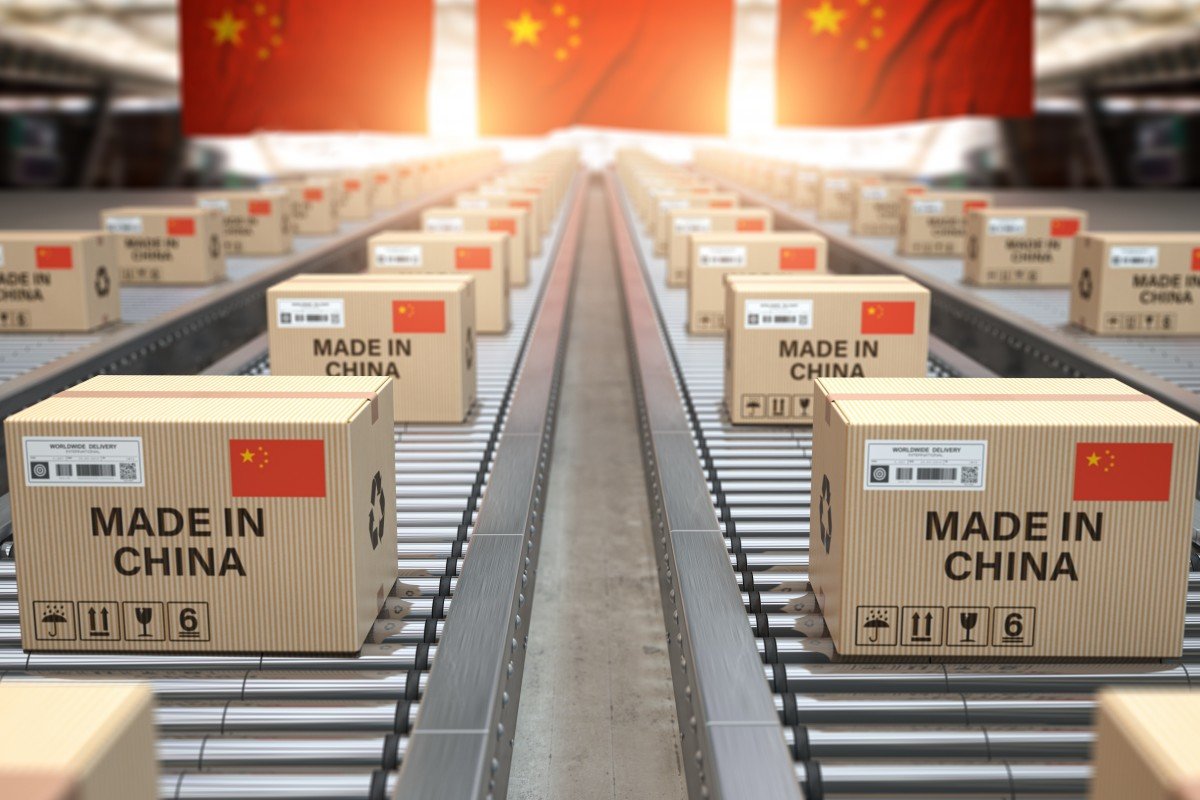 Notice in US government register says Hong Kong goods for export to US must be relabelled ‘Made in China’. This means goods made in Hong Kong will be subject to trade war tariffs previously levied only on mainland Chinese companies

Goods made in Hong Kong for export to the United States will have to be labelled “Made in China” after September 25, according to a US government notice.

The move, in accordance with the suspension of the Hong Kong Policy Act of 1992 and the invoking of US President Donald Trump’s executive order on “Hong Kong Normalisation”, will see Hong Kong companies subjected to the same trade war tariffs levied on mainland Chinese exporters, should they make products subject to these duties.

A notice will be published on the US Federal Register on August 11, stipulating that “45 days after the date of publication”, goods “must be marked to indicate that their origin is ‘China’”. The move is “due to the determination that Hong Kong is no longer sufficiently autonomous to justify differential treatment in relation to China”.

The confirmation of a move implied by Trump’s previous legislation is another blow to Hong Kong’s struggling economy and to the high-value, if low-volume base of exporters in the city. Goods that fail to comply will face a punitive 10 per cent duty at US ports.

The Hong Kong government said in a statement on Tuesday evening that it was mulling filing a claim at the World Trade Organisation (WTO), of which it is a separate member, accusing the US of sowing “confusion and harming the interests of all parties, including the United States itself”.

The statement said the US move to reclassify Hong Kong’s exports “reflected the US’ disregard for Hong Kong’s status as a separate member of the WTO”, adding that the ruling “may not comply with WTO regulations”.

“If necessary, Hong Kong Special Administrative Region will not rule out taking actions in accordance with WTO rules to safeguard Hong Kong’s interests.”

Hong Kong has a higher trade deficit with the US than with any other economy, though this dropped by 16 per cent last year to US$26 billion. From January to May this year, Hong Kong’s exports to the US fell by 22.3 per cent in volume from a year earlier.

Hong Kong is much more significant as a re-export hub than a direct trading hub in its own right. Its economy is a much different beast than in the 1970s and ’80s, when it was a manufacturing stronghold. Now, only 1 per cent of goods shipped from Hong Kong are made in the city, which instead serves as a logistical gateway to mainland China for both goods made there and going there.

Domestic exports to the US in 2019 were US$471 million, or 0.1 per cent of total outbound shipments including re-exports, data from the city’s Trade and Development Council shows.

Within this, 48.5 per cent of Hong Kong’s home-made exports to the US in value terms over the first half of the year were jewellery items. The second most valuable sector was edible products, accounting for 10.7 per cent of domestic outbound shipments.

Under the current tariff regime, jewellery is subjected to a 7.5 per cent tariff when exported to the US from China – a duty that was halved from 15 per cent with the January signing of the phase one trade deal.

John Marrett, lead analyst for Hong Kong at the Economist Intelligence Unit, said that “in the grand scheme of things, this obviously is not good, but it does not mean that much because overall the value is marginal”.

The city’s economy shrank by 9 per cent in the second quarter of 2020 from a year earlier, just shy of the first quarter’s record slump of 9.1 per cent. Now, under strict social-distancing and coronavirus-containment measures, the economic pressure continues to pile on the city.

“This change also raises concerns that goods produced or substantially transformed in Hong Kong will be treated as having originated in China for purposes of the Section 301 tariffs the US currently levies against products of China,” wrote trade law specialists Sandler, Travis & Rosenberg in a note on Tuesday.

At the moment, there are US tariffs applied exclusively to US$550 billion worth of Chinese goods. The addition of Hong Kong-made goods would expand this, albeit not significantly.

Analysts have said that the more significant among the flurry of US trade actions against Hong Kong in recent weeks has been the rolling out of export controls, which means importers in the city cannot access certain sensitive American technology. This could hamper university research and even access to consumer technology, analysts and industry figures have warned.

Arthur Lee Kam-hung is the CEO of Hong Kong X’tals, a manufacturer of hi-tech components used in 5G base stations and autonomous vehicles. His firm sells some products out of Hong Kong, but he said the new rules will not affect him much, since the company has already distanced itself from an “outdated” and “volatile” American market.

“For our traditional [quartz crystal] components that are manufactured on the mainland, the US' 25 per cent tariffs [already] applied to our products [and] were borne by our customers in the US. But the US market is very small for our business as we are focusing on Chinese and European clients,” he said.

Lee added that the trade war made him diversify some material sourcing away from the US, but that Trump's policies and sanctions make him “very worried” about dealing with the US. “We will hold off on any investment or sourcing on the US market,” he said.

The company had already planned to introduce some backup production facilities to its Hong Kong operations to counter the risk of a major coronavirus disruption to the city.

“These plans are unlikely to change, no matter if the US applies new tariffs and changes the ‘Made in Hong Kong’ label to a ‘Made in China’ or not,” Lee said.

The US last week moved to sanction leading Hong Kong officials, including Chief Executive Carrie Lam Cheng Yuet-ngor, for the roll-out of the national security law, which has been slammed as an infringement on the “one country, two systems” model of governance.

The Hong Kong Police Force this week also arrested pro-democracy figures in the city under the sweeping new law, including high-profile media mogul Jimmy Lai Chee-ying, who was detained on Monday.

The Chinese Manufacturers’ Association of Hong Kong (CMA) said that the US customs authority’s move would prove costly and “inconvenient” to Hong Kong exporters, who will have to pay for new packaging and certificates of origin.

“This series of so-called sanctions on Hong Kong, by the US, is unreasonable and ignores the basic principles of international trade and economics,” the CMA statement said.