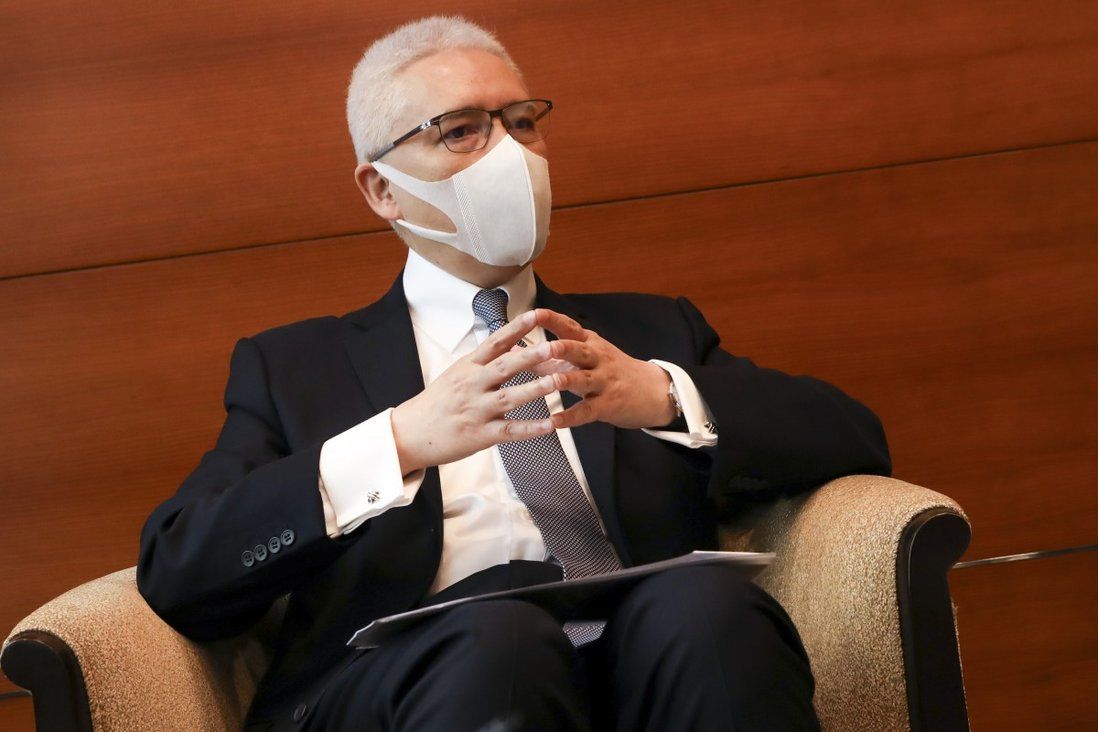 Hong Kong’s MTR chief has shrugged off the threat presented by a possible break-up of the operator’s railway monopoly, saying it would be unfazed if the government decides to open up the market.

In an interview with the Post, Rex Auyeung Pak-kuen, chairman of the MTR Corporation, said the organisation welcomed potential competition.

“I think this would strengthen the competitiveness of MTR Corp,” he said on Wednesday. “In fact, I welcome any move to open up the market and certainly won’t say no to it.”

His first public remarks on the subject follow transport minister Frank Chan Fan recently saying authorities would not rule out introducing new operators if there were railway projects independent of the existing rail networks they were capable of operating.

Chan’s comments came in response to critics’ calls for the introduction of competition for the MTR Corp as well as changes to a corporate culture in place during a spate of project blunders, mishaps and high-profile setbacks over the past few years.

The MTR Corp, listed on the stock exchange in 2000, is about 75 per cent owned by the Hong Kong government following its merger with the wholly government-owned Kowloon-Canton Railway Corporation (KCRC) in 2007. Under the terms of the merger, the MTR Corp has a 50-year franchise to operate its railways and those of KCRC.

Auyeung admitted some mainland Chinese rail operators might be interested in having a piece of Hong Kong’s rail market.

“At present, a lot of rail operators are investing in the Greater Bay Area. They may be interested in Hong Kong’s rail market. I can’t rule out the possibility,” he said.

“It is important to shape up ourselves first in order to compete with our contenders.”

The bay area is the central government’s plan to bring Hong Kong and 10 other southern Chinese cities together to form a technology-driven economic powerhouse.

Henry Cheung Nin-sang, chairman of the Association of Hong Kong Railway Transport Professionals, said there was a need to open up the rail market to ensure the MTR Corp did not become complacent.

“Only when there is competition can the MTR push itself to make improvements,” he said.

“Without any sense of [competition] from outsiders, it won’t do anything to improve its services.”

“The most important thing is for the government to offer incentives to attract bidders. It should ensure that any new rail operators could have an annual return of at least 3 per cent to 5 per cent,” he said.

But he questioned whether Chan’s comments about opening the market were made with no real intentions of doing so.

“Based on Chan’s requirements, I think it would be unlikely the market would be opened, as it’s hard to find any rail line independent of the MTR’s networks,” he said.