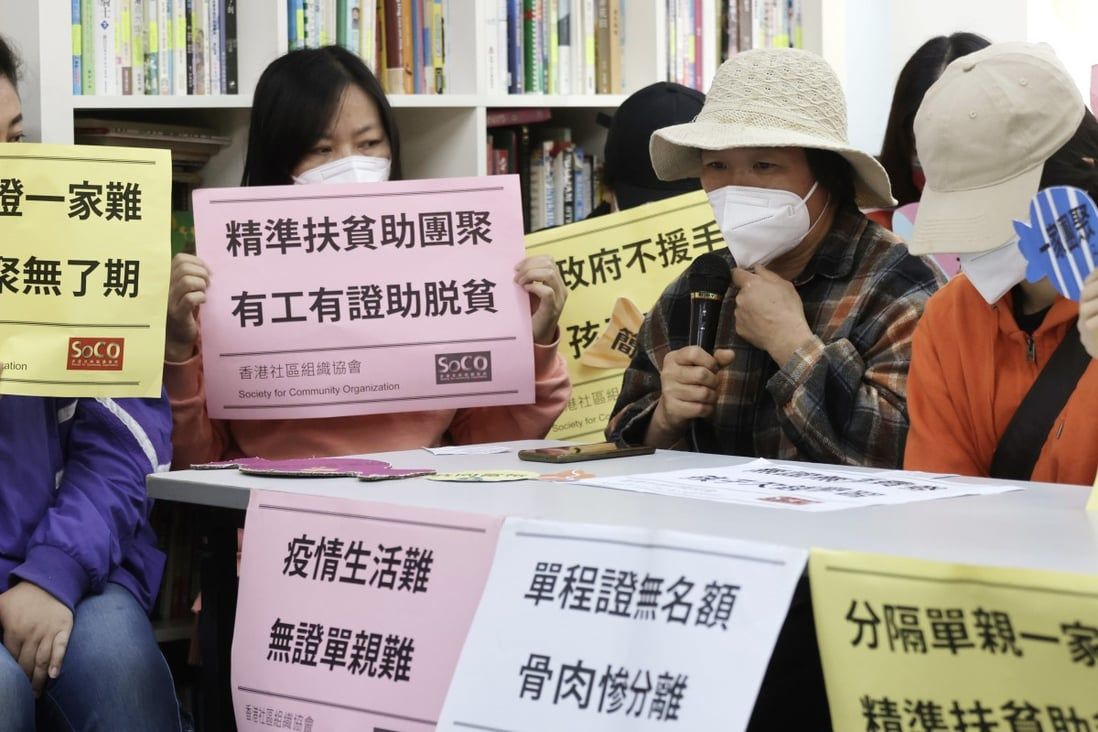 Nearly 80 per cent of survey respondents said they could not afford enough food for each of the three daily meals.

Nearly four in five cross-border single-parent families in Hong Kong have not been able to afford enough food for their children in the three years since the Covid-19 pandemic struck, with more than half resorting to expired goods, a survey has found.

Most of the 52 single-parent households questioned also told the Society for Community Organisation (SoCO), which carried out the survey, that they hoped to be allowed to renew their exit-entry permits in the city even after the border with mainland China fully reopened later, as many could not afford to travel north to do so.

The median monthly income of the families surveyed in the first week of January was HK$6,000, about one-fifth of the figure of Hong Kong households.

One in five respondents reported household monthly income of less than HK$3,000, with many single parents having lost their job on the mainland because of the largely closed border.

Single mother Lan Qiying, 50, has relied on a monthly government subsidy of HK$6,500 under the comprehensive social security assistance (CSSA) scheme to live with her 15-year-old daughter in Hong Kong since the pandemic hit.

“After paying rent and utility bills, we have about HK$2,000 left for my daughter’s transport to school and food,” she said.

“I couldn’t even afford to prepare red packets for this Lunar New Year so I avoided any eye contact with people when I went out to buy a bottle of soy sauce [on Sunday].”

She was one of the nearly 80 per cent of respondents who said their children could not afford enough food for each of the three daily meals. Around 87 per cent of households relied on free food and 60 per cent of them resorted to expired products.

“Even if I can get free food from non-profit organisations, I still need to plan how to manage my cash for transport,” said Lan, adding that she could not afford to return to the mainland to renew her permit issued by authorities there.

In 2008, Lan was approved for a “one-way permit” – a mainland-issued document allowing her to move to Hong Kong – but it was revoked because her husband left the family and refused to sign the required papers.

She was able to go back to the mainland to make money providing beauty and online shopping services as well as working as a domestic helper to cover her daughter’s private tuition and extracurricular activities. But tight Covid-19 travel restrictions meant she lost her income.

Created in the 1990s to enable orderly family reunion, the one-way permit scheme allows up to 150 mainlanders each day to move to Hong Kong. But mainland authorities administer the scheme and the city has no say in who is admitted.

Mainland relatives of Hong Kong residents can only come to the city for reunions with an exit-entry permit until the one-way type is approved. During the pandemic, they were allowed to renew their exit-entry permit in the city.

Citing government data, SoCO noted that Hong Kong had only issued on average 104 one-way permits per day in the past 10 years, in which the quota has not been fully utilised. Only 17,919 people held one-way permits last year compared with 39,060 in 2019. 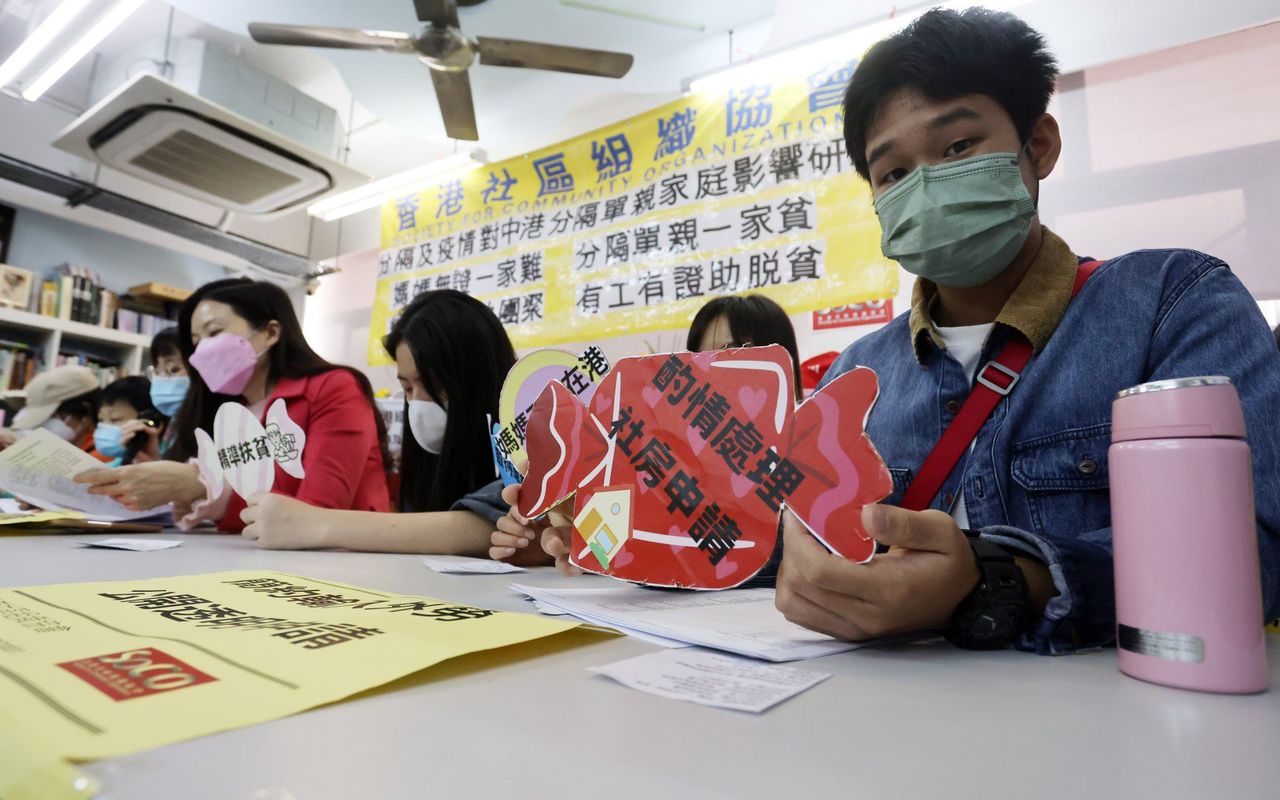 Teenager Leo Lau (right) wished his mother could get a Hong Kong ID card.
Form Six pupil Leo Lau Ka-po, 17, wanted his mother to stay in Hong Kong with him and his 12-year-old sister by having a permanent identity card.

“An ID card with a job is the best for us as single-parent households. The money from CSSA is not enough for the three of us to live on,” he said.

“My mother doesn’t go to a doctor even when she is sick because she wants to save the difference for us, and she cannot access the government’s clinics.”

Most of the city’s sea and land crossings with the mainland resumed operations earlier this month. Government officials vowed to begin a second stage of reopening shortly after Lunar New Year.

SoCO deputy director Sze Lai-shan urged local authorities and the central government to expedite arrangements for mainland parents of single-parent children in Hong Kong by approving one-way permits for them.

“The government should maintain the arrangement of the exit-entry permit renewal so that parents can spend more time with their children,” Sze said.

“It also needs to solve their difficulties in applying to work as foreign workers by enhancing the transparency of its approval procedures.”
#COVID-19  #Covid
Add Comment