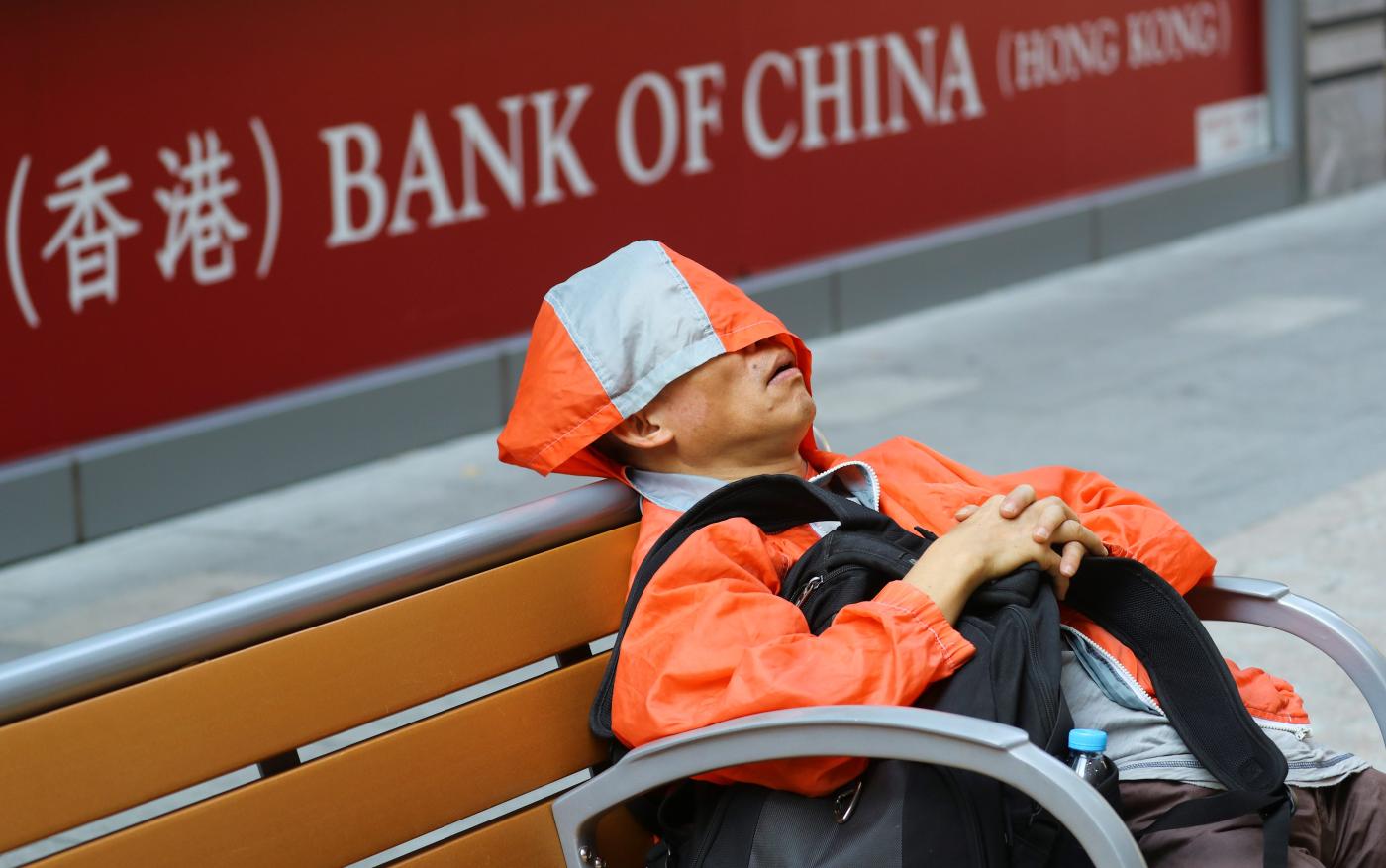 It's hard to imagine how a Communist Party that has grown totally intolerant of dissent can avoid receiving bad intelligence on Hong Kong-or any other issue.

In the weeks running up to yesterday’s (Nov. 24) district council elections in Hong Kong-largely seen as a referendum on the public’s views toward the protests that have wracked the city-the local government and Beijing seemed convinced that a “silent majority,” tired of blocked roads and school suspensions, would cast their votes decisively against “violent rioters.”

A tweet from English-language newspaper China Daily a day before the election, for example, urged people to “vote pro-establishment” (a term referring to candidates loyal to Beijing) in order to help Hong Kong “return to normal life.” Nationalistic tabloid Global Times similarly urged Hong Kongers to cast their vote to “end violence.” Chief executive Carrie Lam and her administration ramped up their rhetoric that violent radicals had hijacked the protest movement and that it was time for the electorate to cut ties with them.

The landslide win by the pro-democracy camp, however-which took control of all but one of the city’s 18 local councils-has thrown China’s propaganda machine into confusion, to say the least. Major news outlets remained silent on the drubbing of Beijing’s preferred candidates as the results rolled in in the morning. Later, some publications, such as the Global Times, turned to a classic scapegoat-foreign interference in elections-to explain the election result. China’s foreign minister Wang Yi had little to say beyond reiterating that Hong Kong was a part of China.

The opposition’s huge win was all the more shocking given that political parties loyal to Beijing, such as the Democratic Alliance for the Betterment of Hong Kong (DAB), receive strong backing from Beijing’s representative office in the city, including the donation of an expensive piece of artwork in 2018 that netted millions of dollars for the party at a fundraiser. The DAB and other pro-Beijing parties have resources to spend at a grassroots level that pro-democracy parties do not have, such as subsidized outings for the elderly and cinema tickets for kids. In addition, Beijing has applied pressure in other ways to influence local elections, for example by pushing for the disqualification of candidates it doesn’t like from elected positions. Most recently, activist Joshua Wong was barred from running in the district council election on the grounds that he promoted self-determination in his views, a judgment that was not regularly enforced across the slate of pro-democracy candidates with similar views.

One thing that Beijing hasn’t appeared to invest in, however, is better ways of reading the public mood in Hong Kong. HK01, a digital news outlet, reported that (link in Chinese) Beijing knew it was at a disadvantage but was shocked at the extent of the defeat of the pro-establishment parties-the DAB fielded more than 180 candidates, and won just 21 seats. It’s hard to believe that Beijing would be taken aback by the result, given the relentless protests since June, initially over a now-withdrawn bill that aggravated longstanding fears that the territory is losing the autonomy guaranteed upon its return to China. In recent months, multiple opinion polls have shown distrust of both the police and the Hong Kong government consistently rising.

It’s clear, however, that Beijing has never been particularly good at gauging sentiment in Hong Kong, or it would not have allowed dislike of the central and local government to reach the boiling point that it did this year, while missing numerous chances that may have stopped unrest from escalating.

According to a report by the South China Morning Post, part of the blame lies in the labyrinthine and uncoordinated methods employed by Beijing to conduct research on the ground in Hong Kong, with multiple channels of people reporting different information to the top. Another reason is that the people it employs to gather information tend to devote more attention to more loyalist voices in the city, rather than to opposition or younger voices-even personal contacts that might expand its worldview are limited, for example by excluding more fervent pro-democracy figures from events featuring visiting Chinese leadership. Meanwhile officials at the top levels of the Hong Kong government are themselves almost studiously out of touch: In public remarks made earlier this month, Hong Kong’s number two official Matthew Cheung said that he wasn’t sure why people were so angry at the government.

Indeed, in a political system that has grown to be intolerant of any dissent, it’s hard to imagine how the Chinese Communist Party could avoid receiving bad intelligence on Hong Kong-or any other issue, for that matter. Trapped in an echo chamber of its own making, Beijing has, at every juncture, doubled down on its hardline rhetoric that the protesters represent an independence movement committing acts of terrorism, with the support of overseas governments and Western media. While the strategy played well to a nationalism-fueled domestic audience, especially as protests escalated in violence over months, in practice it leaves little room for the party to climb down, and find new and flexible ways of engaging with the genuine demands of the movement which include greater democratic representation and an investigation into police brutality.

I’ve always thought branding the entire opposition in #HongKong as being pro-independence — which is manifestly not true — is a dumb strategy. Xi’s hardline against separatism limits his room to maneuver when it comes to compromises, and this landslide embarrasses him further. https://t.co/ZpQdKSfBsh

That total lack of flexibility and imagination was once again on display today, when even after such a disastrous performance for the pro-Beijing candidates, some pro-Beijing newspapers and politicians in Hong Kong suggesting that the “terror” unleashed by “rioters” left people afraid to voice their true opinions. A report (link in Chinese) from party news agency Xinhua did not even mention the election result, only stating that the election had concluded after months of violent unrest and collusion with foreign forces.

And China’s foreign ministry could only muster the same lines that it’s repeated for the last five months—it firmly supports Carrie Lam and the restoration of order in Hong Kong. It didn’t say how.