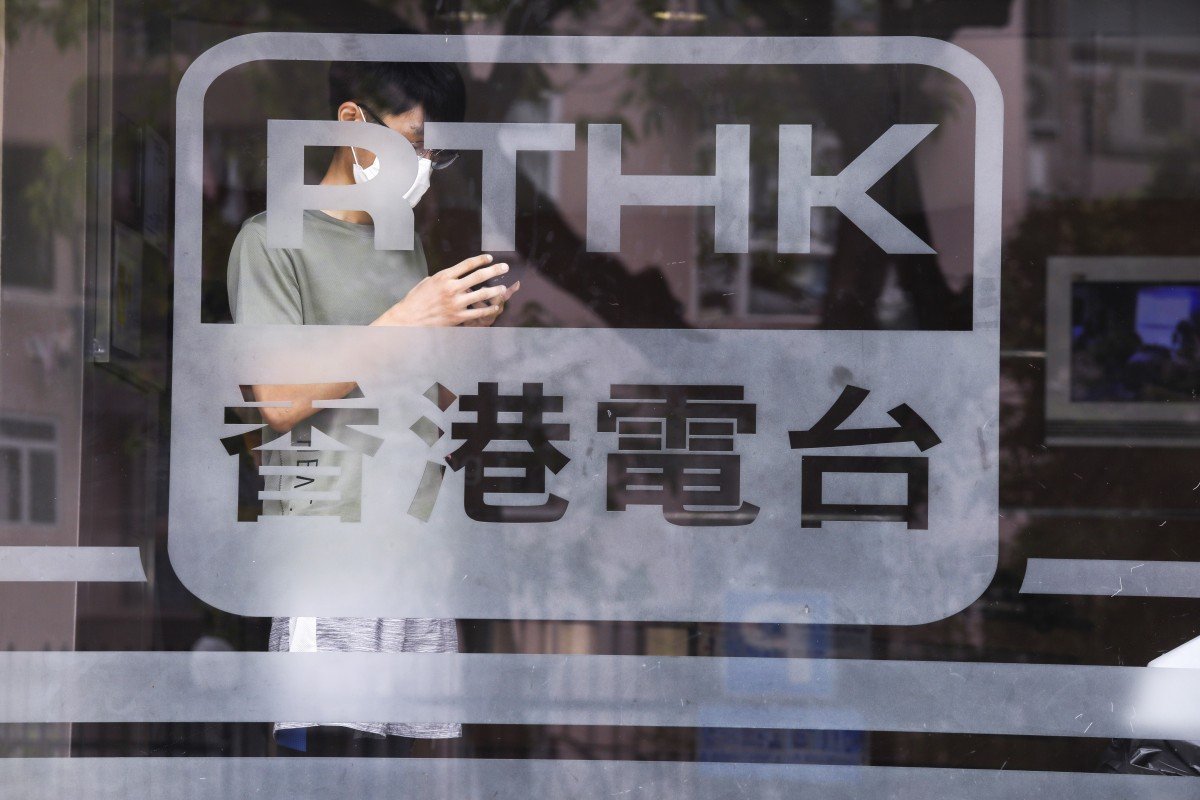 Embattled Hong Kong public broadcaster RTHK – which has been the subject of repeated controversies in recent months – was handed yet another warning from the city’s communications watchdog over four episodes of a news show that officials say were biased against police.

The Communications Authority similarly took issue with comments made against police in a Commercial Radio current affairs show, deeming them inaccurate, “misleading and distorting”, and strongly advising the radio station to adhere more closely to the Radio Programme Code.

The first warning, announced in a statement on Tuesday, concerned four episodes of the RTHK programme Pentaprism that aired between September and November last year. The authority maintained the episodes had containing biased, one-sided comments by the hosts criticising the police force’s handling of last year’s anti-government protests.

“The four editions did not contain any responses from the police with regard to the comments or views of the host concerned on the issues or events under discussion,” the authority said in its statement.

While the show was identified as a “personal view programme”, the authority said the TV Programme Code nonetheless required such platforms to provide “suitable opportunity for response … in the same” episode.

Responding to RTHK’s submission that Pentaprism was produced under a tight schedule, the authority ruled that “meeting any production deadlines self-imposed by RTHK itself could not serve as a justification for the breach of the provision … in the TV Programme Code”.

In its ruling, the authority “decided that RTHK should be warned to observe” the code more closely.

An RTHK spokesman said the four episodes in question had been removed from its website, and that Pentaprism had been replaced by other shows after July in a programming reshuffle.

Meanwhile, the RTHK Programme Staff Union dismissed the authority’s ruling against Pentaprism as unfair, saying the show was designed to allow guests to comment on current affairs, and adding that the police had already issued statements about the incidents mentioned in the episodes in question.

In a statement, the union also questioned the impartiality of the Communications Authority, noting the members were appointed by the government and maintaining that none had a strong background in media.

Tuesday’s warning was just the latest in a string of rebukes issued by the watchdog against the beleaguered broadcaster.

Meanwhile, police welcomed the authority’s action and hoped media organisations would conduct news reporting in a fair and objective manner.

In April, the authority “seriously warned” RTHK over an episode of the same programme that aired in November. The host, who had decried the police force’s handling of last year’s protests, was found by the authority to have made “baseless, misleading, biased and partial” allegations, and incited hatred against the government and police.

In May, the authority again warned RTHK over an episode of the satirical television show Headliner on February 14 that portrayed police as trash
and implied they hoarded masks and other personal protective equipment at the expense of the medical sector during the coronavirus pandemic. Performers on set for the production of the last episode of the satirical RTHK show“Headliner in June.

RTHK chief Leung Ka-wing initially defended the show, but the station later offered a public apology after the Commerce and Economic Development Bureau ordered it to take disciplinary action against staff responsible for the breaches of the code. The political show, which ran for 30 years, was suspended when its season ended in June.

RTHK is presently the subject of a management review led by civil servants after the series of controversies over its programming.

Meanwhile, two Commercial Radio programmes, Clearday Breakfast and On a Clear Day, were also singled out by the Communications Authority for criticism, with three episodes of the shows deemed to have made derogatory and damaging remarks about the police over their handling of the protests.

Commercial Radio had argued the programmes featured personal opinions, and that the host’s views were based on media reports.

The authority, however, said the remarks were “not factually accurate, [and] were misleading, distorting or contradicted by other media reports/footages covering the same incidents”.

“Also, [Commercial Radio] did not provide concrete information to demonstrate that it had made reasonable efforts to ensure that these remarks were factually accurate,” the authority ruled.

The watchdog went on to say that the broadcaster “should be strongly advised” to more closely observe the Radio Programme Code.

A Commercial Radio spokesman said the station respected the authority’s ruling and would continue to strictly adhere to the code.

Meanwhile, television broadcaster TVB, which had also been subject of complaints over inaccurate information in its news programmes in October of 2019 and June this year, was given “advice” to follow the relevant provisions of the code, the lightest of the authority’s formal reprimands.