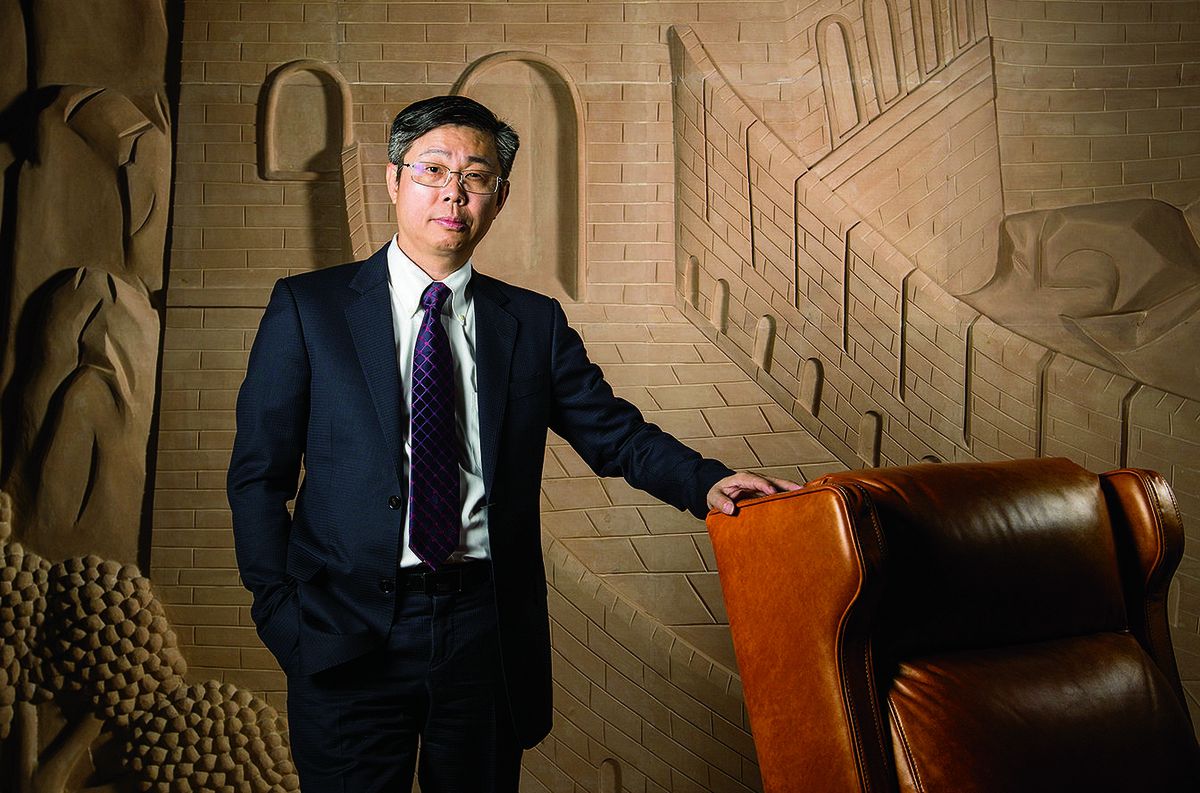 Hong Kong’s economy contracted 6.1% in 2020, its worst performance since 1998 during the Asian financial crisis. But stock market gains provided some reprieve; the benchmark Hang Seng index was up 5% since fortunes were last measured 13 months ago. That resilience helped boost the combined net worth of the 50 richest by 7.5% to $331 billion, up from $308 billion last year.

“Superman” Li Ka-shing reclaimed his prime position as the city’s richest this year thanks to a 20% jump in his fortune to $35.4 billion. While the share price of his property developer CK Asset Holdings was down 27%, Li benefited from his stake in the U.S.-listed videoconference provider Zoom. Property tycoon Lee Shau Kee, who surpassed Li last year with a slim lead, slipped this year to No. 2 as his wealth remained relatively unchanged at $30.5 billion.

This year’s biggest dollar gainers by far were husband and wife Yeung Kin-man and Lam Wai-ying, who benefited from soaring demand for smartphone glass covers made by their company Biel Crystal. The duo more than doubled their fortune to $18.6 billion and jumped six spots to No. 4.

Wong Man Li of furniture maker Man Wah Holdings was this year’s biggest gainer in percentage terms. His fortune was up 200% to $6.3 billion as demand in China for Man Wah’s products boosted annual revenue 19% to $857 million for the year ended September 2020. Horst Julius Pudwill, who is featured on the cover, was up 81% to $6.7 billion. Shares in his Techtronic Industries jumped on booming sales of power tools and floorcare products.

In a city where wealth is concentrated in real estate, a sector hit hard by the pandemic, it’s no surprise that more than half of the 27 listees who saw their fortunes decline this year were property tycoons. Peter Woo, who took his Wheelock & Co. private last June, bucked that trend. His fortune was up 47% to $17 billion after Wheelock, which had been trading at a conglomerate discount, saw a 52% surge in value after ending its 57-year run as a listed company.

With commercial real estate prices and rentals getting slashed, most property magnates took a hit, including Vivien Chen of Nan Fung Group, Joseph Lau of Chinese Estates Holdings, Vincent Lo of Shui On Land, Pan Sutong of Goldin Properties and Tang Shing-bor of Stan Group. Lau’s brother Thomas Lau, who derives much of his fortune from malls and real estate, dropped off altogether.

The 2021 ranking saw just one returnee: Goodwin Gaw, founder of private equity firm Gaw Capital Partners, who appears at No. 44 with $1.6 billion, thanks to new information about the firm’s ownership structure. The cutoff for this year’s list was $1 billion, down from $1.2 billion last year.

The list was compiled using information from the individuals, stock exchanges, analysts, private databases, government agencies and other sources. Net worths were based on stock prices and exchange rates as of the close of markets on February 5 and real-time net worths on Forbes.com may reflect different valuations. Private companies were valued by using financial ratios and other comparisons with similar companies that are publicly traded. The estimates include a spouse’s wealth and, where the person is the company founder, also include the wealth of sons and daughters that is derived from that company.