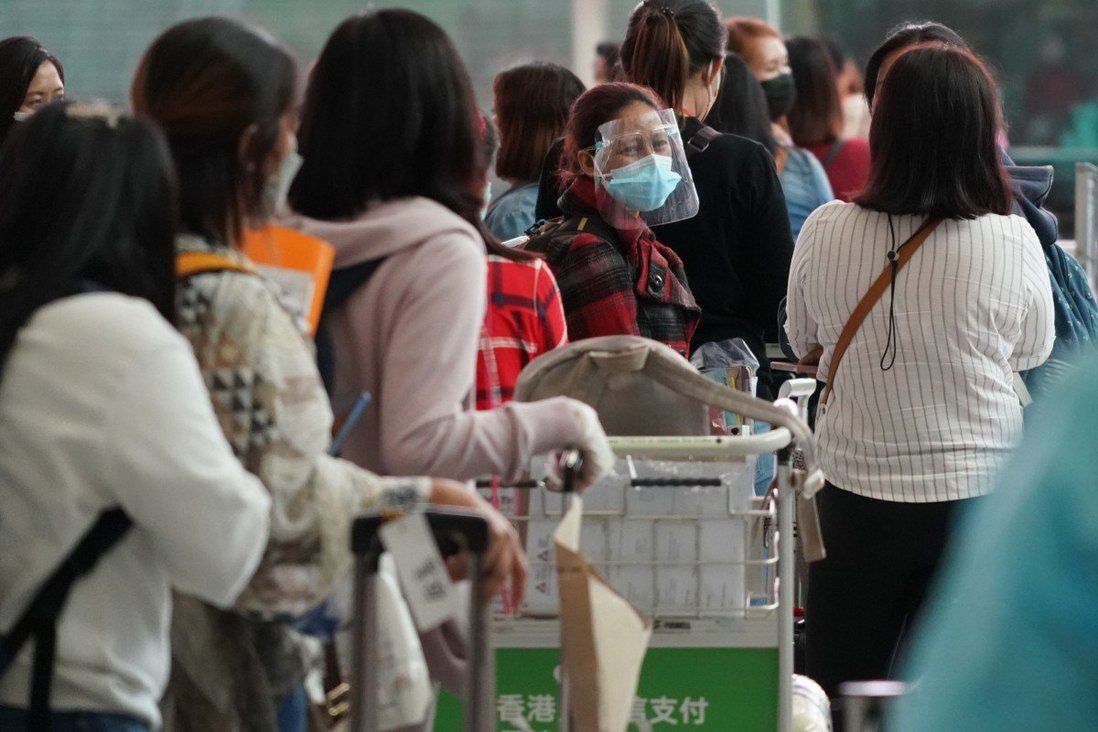 The Labour Department on Wednesday confirmed that all in bound helpers would be subject to the new quarantine measures.

All overseas arrivals in Hong Kong would have to undergo three days of compulsory quarantine at a designated hotel and another four days of medical surveillance, that restricts their movements, from Friday. 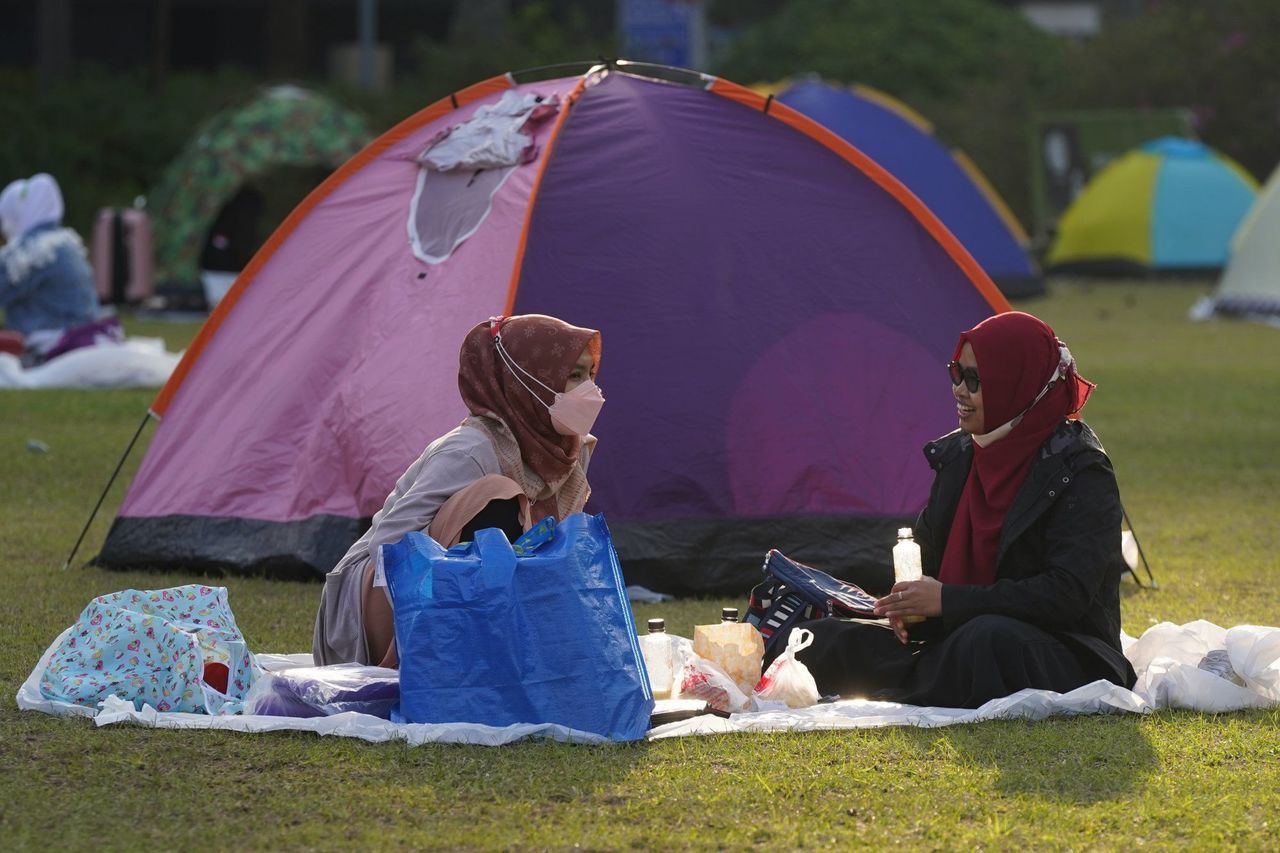 More foreign domestic helpers may come to Hong Kong now that quarantine measures have been eased.

In June and July 2022, up to 6,000 foreign domestic workers, his company had arranged to work in Hong Kong, were stuck overseas because of the scarce supply of rooms in designated quarantine hotels.

“After the quarantine period was cut, the rooms we have that are available for incoming domestic workers doubled. Many more imported domestic workers will go into the market, putting a halt to the rising market salary,” he said.

Cheung said he believed that once the supply ratio became more balanced, the market salary of domestic workers would drop by 15 per cent, making it more affordable for employers.

Chessie Ho, sales manager of Harmony Employment Service Company had similar thoughts and said she believed that the policy could “improve the quality of domestic helpers in the market”.

Ho said employers were hesitant to employ helpers from overseas because of the week-long quarantine and many could only choose from those who were already in the city.

“The lack of competition greatly increased the bargaining power of domestic workers who are already in Hong Kong. Many employers have pointed out that the working quality of local-based workers has declined,” she said.

“The shortened quarantine period makes it easier for employers to employ helpers from overseas, providing them with more options.”

Since the pandemic, their sales revenue has dropped by 30 to 40 per cent. Ho estimated that the new policy could lead to a 10 to 20 per cent increase in their revenue.

Tiffanie Ma, a university staff member in her 40s who needed a domestic helper to take care of her children and elderly relatives, said that the policy change was too late.

Ma started searching for domestic helpers in May and was notified by the agency in late July that her worker could arrive in Hong Kong on August 18 at the earliest. However, the scarce supply of rooms at quarantine hotels pushed that back to early September.

“The policy should have been announced earlier. Many working parents struggle to take care of their children during summer holidays and are in desperate need of help from domestic helpers,” Ma said.

Ma’s worker will spend four days of medical surveillance at her home. When asked about the risk of infection, the mother said she “puts her faith in luck”.

“We will all wear masks for the four days. I need help from my worker as soon as possible, I can only wish for the best,” Ma added.

Shiela Tebia-Bonifacio, chairwoman of GABRIELA HK Alliance of Filipino Women Migrants who has worked in Hong Kong as a domestic worker for 16 years, said that the policy could benefit migrant workers who wish to work in the city, as well as local-based workers who have not been able to return to their hometown for the past two years.

“Not only could more migrant workers come and work in Hong Kong, those who are already in Hong Kong have a higher chance of their employers allowing them to visit their families,” she said. 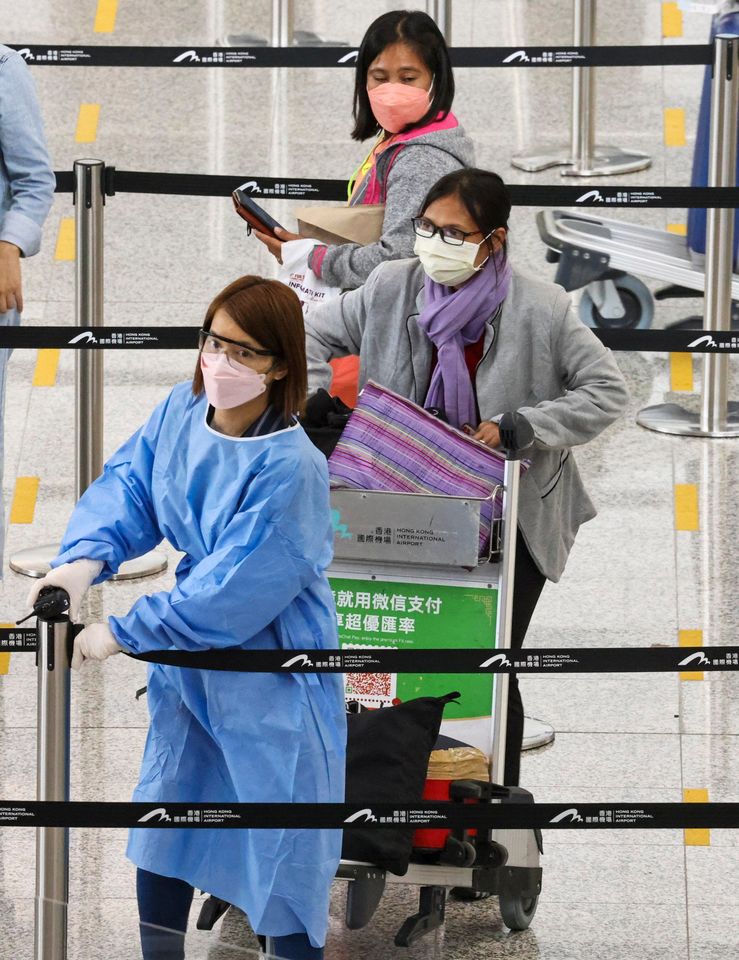 Domestic workers in Hong Kong may be able to visit their families now that quarantine requirements have reduced.

Tebia-Bonifacio pointed out that the shortened quarantine period could ease the anxiety and stress faced by new domestic workers.

“It is already stressful for them to leave their hometown for work. They can at least have their employers as company during the medical surveillance period,” she added.

During the medical surveillance period, domestic helpers can either stay at any hotel or at the employer’s home and start working right away.

Domestic workers, like all other travellers, arriving from overseas must download the government’s “Leave Home Safe” risk-exposure app.

Those who are infected with Covid-19 will be issued a red code and sent to isolation facilities. Others under home medical surveillance will receive an amber code that limits their scope of activity for four days before they can roam free in the city with a blue code.

“The compulsory three-day quarantine is still an additional financial burden for employers. Employers prefer domestic workers to work as soon as possible. It would be great if domestic workers are allowed to quarantine at the employer’s home,” said Chan.