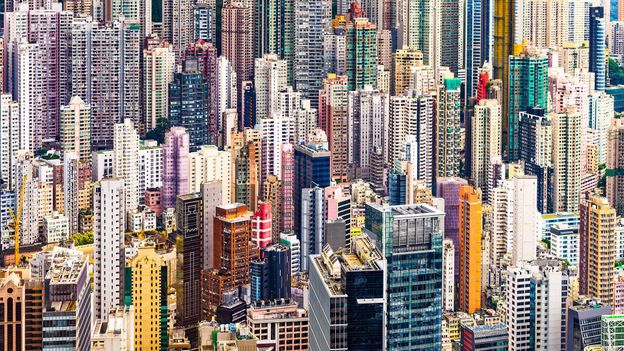 When Hong Kong tried to tackle its third wave of Covid-19 by banning diners from inside restaurants, authorities quickly encountered a problem. Some people had nowhere else to go. Photos started appearing on social media showing outdoor workers using their breaks to eat in urban parks in extreme heat or in public toilets in heavy rain. Although the decision was reversed within 48 hours, it spotlighted the dearth of urban public spaces in this city of 7.5 million people.

While the Ancient Greeks championed the city square or agora as the heart of political, economic, and social life, and the Romans did the same with the forum, the provision of public spaces in modern cities has become complicated. It’s not enough to just have the space, it has to be accessible, convenient and perhaps most importantly welcoming. The pandemic, lockdowns and social distancing policies have served to underscore the urgency of this issue.

In Hong Kong, public green spaces actually account for up to 40% of the total land, a large percentage compared to London and New York. But a closer look shows that while most residents live in only one-fourth of the city’s land, the biggest parks are in less populated parts of the territory. It takes on average up to an hour for a resident to reach a large country park, according to Carine Lai, a senior researcher at a Hong Kong think tank Civic Exchange. 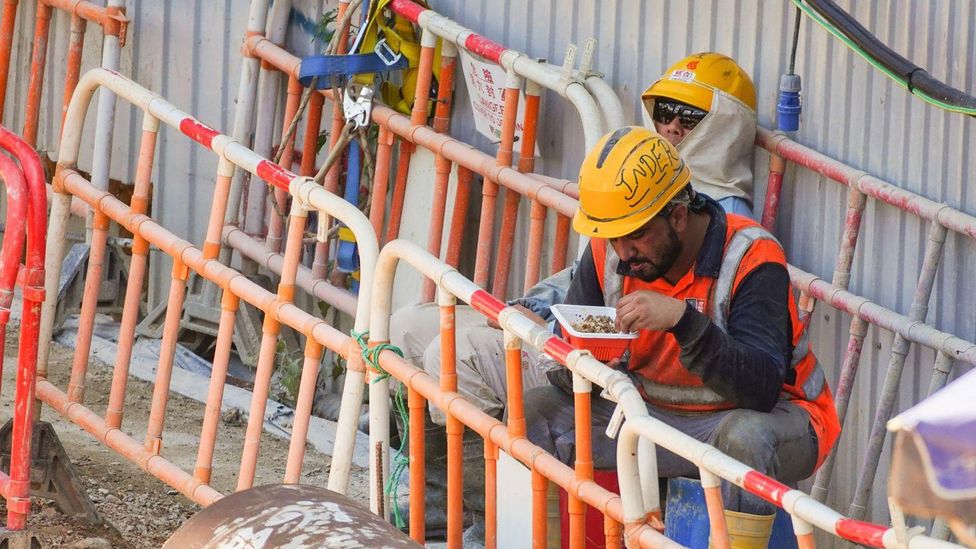 Hong Kong’s urban parks are also not always user-friendly, says Hendrik Tieben, director of the urban design programme at the Chinese University of Hong Kong. “There’s not much you can do in the [urban] parks, like sitting on the grass, eating in a park and so on,” he adds. “People are not allowed to touch the plants most of the time.” He says that even if there is a fountain in a public space, the side is slanted so people cannot sit comfortably.

Yet staying at home is not a particularly attractive option for the many Hong Kongers who live in very limited space due to soaring property prices. For private sales, the average price per square foot stands at $2,091, four times that of New York ($526) and double that of Singapore ($1,063), data from residential research firm CBRE UK’s 2019 report showed. A domestic household averages just 15 square metres (161.5 square feet) for each person, while in subdivided flats that figure goes down to 5.3 square metres (56.5 square feet), government data reveals.

Part of the problem is historical. In Hong Kong’s case, Lai says that the British colonial government had very limited incentive to create public open space in the 19th Century as it relied heavily on land sales for revenue so that it could keep taxes low.

“Back then, the term ‘open space’ simply meant requiring property owners to leave unbuilt land at the back of the house for sanitation, ventilation and disease prevention,” she says. “That [is] not public open space [as] we know today.” 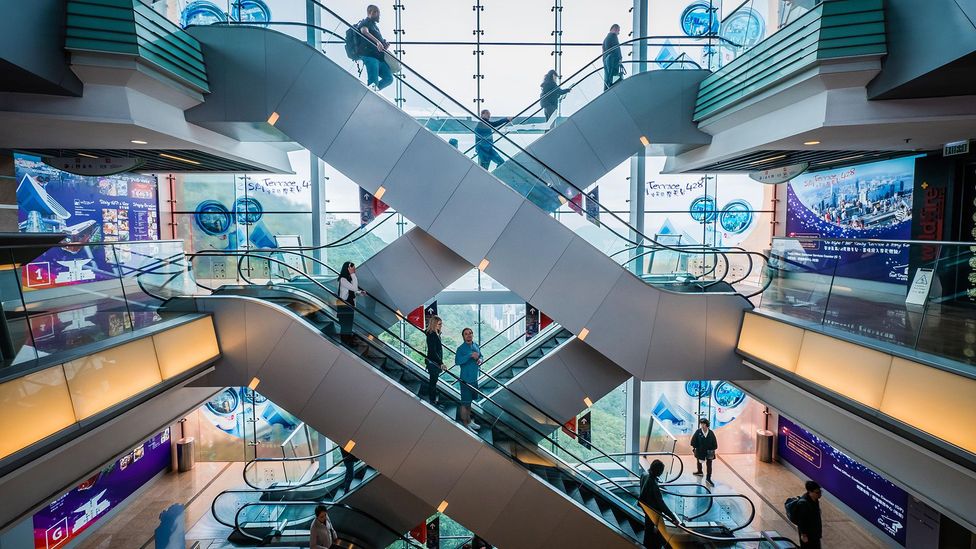 Dubbed a “shoppers’ paradise”, Hong Kong is teeming with different types of malls, a by-product of the city’s tourism-driven approach to development. During a period of rapid economic growth in the 1980s, policies were put in place to rebalance the spatial needs of citizens with the commercial interests of developers, according to Tieben. These policies centred around the emergence of privately-owned public spaces (POPs).

The purpose of POPs – which have also long been used in London and New York – is to act as an incentive to developers. In exchange for allowing them to circumvent zoning regulations, the developers have to open some of their space to the public.

However, POPs have come under fire in Hong Kong, New York and London after investigations found that despite technically being open to the public, the absence of certain features discourages people from using them. In Hong Kong, for example, amenities including benches are rare in privately owned indoor spaces such as malls. If you want a place to sit, you have to buy something to consume first. 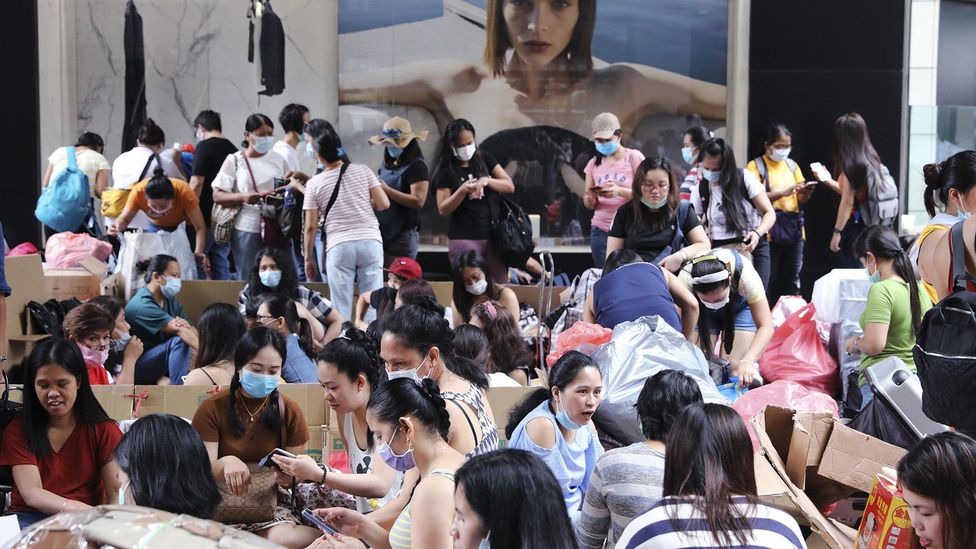 “We have to pass through countless shops in order to get to the escalators, we can only eat the food provided by the restaurants inside, we are encouraged to consume and we cannot sit on the floor or shout in the malls,” a local student Claire Lo wrote in a study at the Lingnan University of Hong Kong about the downsides of the city’s urban design.

Since Covid-19, urban public space has become even more important as a much-needed escape from the confines of home for a socially-distanced walk. Cities around the world have also been scrambling to accommodate residents; Lithuania’s capital Vilnius has given bars and cafes access to public spaces to allow customers to social distance, San Francisco authorities have closed certain roads to vehicles to allow residents to run, bike and walk safely, and US cemeteries are seeing a surge in visitors seeking some outdoor space.

Urban space isn’t just a nice-to-have. Studies have shown that living in a city comes with a 40% higher risk of depression and over 20% risk of anxiety compared to rural areas. Put simply, public space is good for your mental health and wellbeing.

“This can be challenging in a dense city like Hong Kong with limited public space,” says Dr Layla McCay, director of the Centre for Urban Design and Mental Health. “Especially when people are required to stay very close to their homes, or to avoid public transport to reduce the risk of spreading the virus, which could reduce their access to Hong Kong’s larger green and blue spaces.” 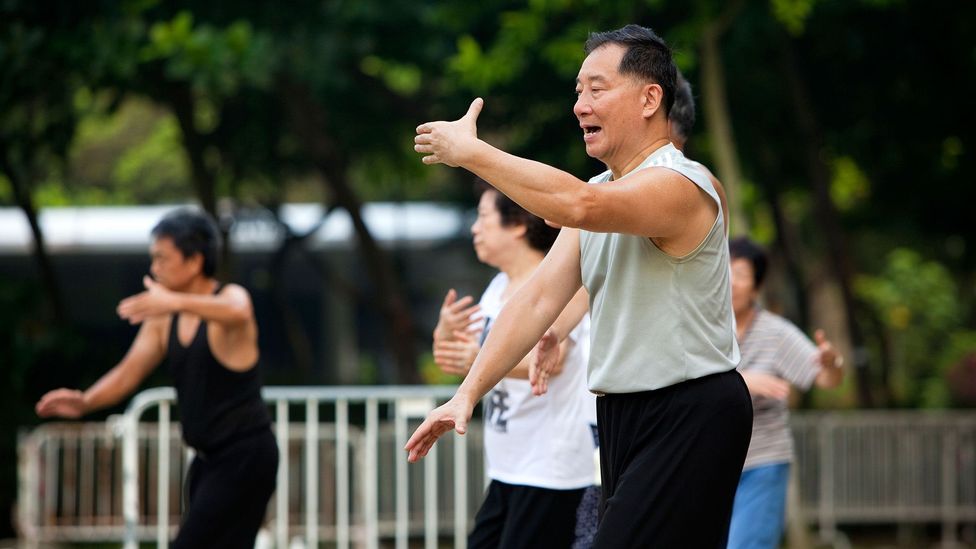 Single mother Linda Chan lives with her three-year-old daughter and seven-year-old son in a subdivided flat of less than 100 sqft in one of the city’s most crowded areas. During the first and second waves of coronavirus infections, they continued to go hiking at the weekends but since the third wave, restrictions have become stricter and they now stay at home.

“The kids always want to go out, as there is not much space for them to play here [in the flat],” she says. “They went from visiting the parks once a week to none right now. They are not happy…. Everyone has become a little bit more grumpy. I get angry a lot.”

Tieben would like to see more co-operation between city officials and local groups in order to transform Hong Kong’s underused areas into public spaces, as was done in 2007 in New York. As part of city plans for the future, the New York City Plaza programme aims to provide New Yorkers with quality open space within a 10-minute walk. “You want to have a public space that allows placemaking and community empowerment,” he says.

The Hong Kong government has made some progress over the years, including building waterfront promenades. The Leisure and Cultural Services Department, responsible for managing the city’s public parks, increased the number of pet gardens from 19 in 2010 to 45 in 2019. The spokesperson adds that it now provides 50 multi-purpose lawns for public use, rising from 39 in 2010 to 51 in 2018.

“Members of the public are welcome to use these lawn areas for different activities such as having picnic, playing games or just lying down for reading books under the sun,” the spokesperson says.

The city’s planning department also published a plan to increase the minimum amount of public space per capita to 2.5 square metres by 2030 (up from 2 square metres). 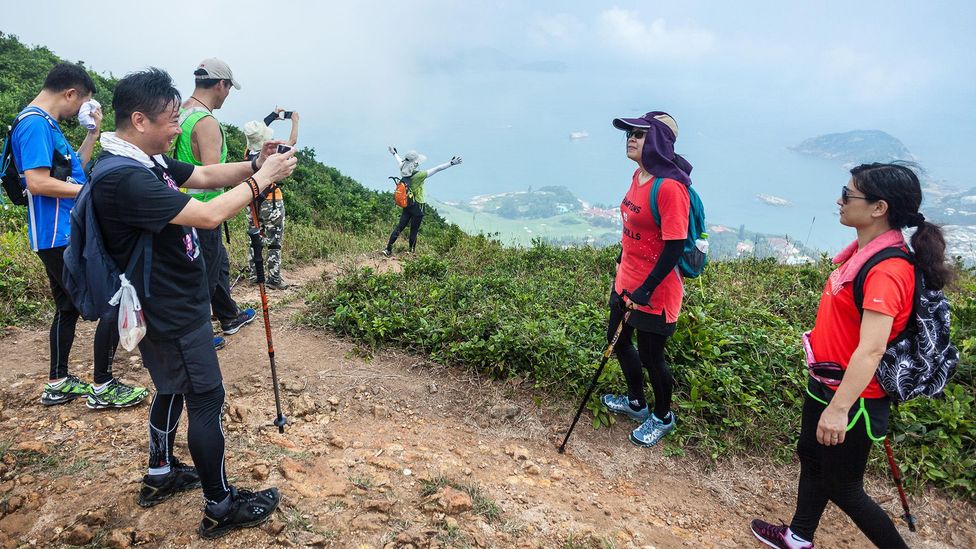 Although 40% of Hong Kong is made up of green spaces, accessability can be an issue for those living in the densely populated areas

This would constitute an improvement for people in the most crowded areas but would still fall short of 3-3.5 square metres, the standard Lai recommends – which even then would leave Hong Kong behind major Asian cities like Tokyo, Seoul, Shanghai and Singapore. Lai believes Hong Kong should be more ambitious, particularly given the lessons from the pandemic. “People should not have to get used to having insufficient public space,” she says.

As cities across the world look for safe, socially distanced ways to exercise, socialise, work and play, we’ve realised these spaces are more vital than ever before. Putting these amenities at the heart and soul of a city is about far more than aesthetics. It is about community, participation and connection. Perhaps the Ancient Greeks and Romans had the right idea all along?