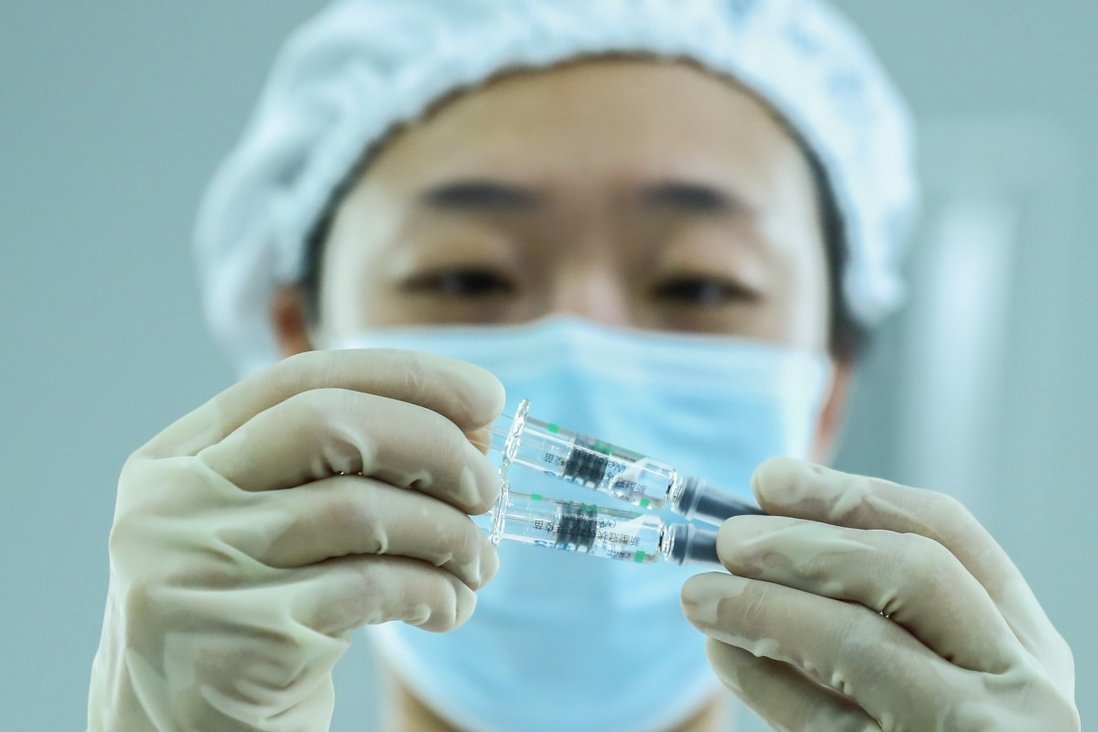 About 200 pro-Beijing politicians from Hong Kong are set to travel to mainland China on Friday for a Covid-19 vaccination, the Post has learned, weeks before the city’s most vulnerable residents are expected to start receiving jabs.

Authorities over the border are offering Sinopharm doses to the politicians as part of the pandemic precautions for the plenary sessions of China’s legislature and its top advisory body in March.

Those to be vaccinated in Shenzhen include the 36 local delegates to the National People’s Congress (NPC) and some 200 members of the Chinese People’s Political Consultative Conference (CPPCC).

About 140 of them were tested for the coronavirus on Wednesday afternoon at the offices of the pro-Beijing Friends of Hong Kong Association, under the mainland bid to avoid the spread of infection at two of China’s major political gatherings.

Also screened was NPC deputy Maria Tam Wai-chu, who is now a vice-chairwoman of the Basic Law Committee which advises the Chinese legislatures on matters related to Hong Kong’s mini-constitution.

Asked about the vaccination plan, Tam declined to comment on whether the deputies were involved, but said the testing element was part of mainland authorities’ strict measures against Covid-19.

“Thousands of delegates will be gathering at the Great Hall of the People in March … So this is a chance for us to get well prepared ahead of the meetings,” she said.

Tam Yiu-chung, Hong Kong’s sole delegate to the NPC’s Standing Committee (NPCSC), said he received his first dose of the vaccine developed by state-owned Sinopharm on Wednesday, as he was in Beijing to attend the meeting of China’s top legislative body, which ends on Friday.

“I will take my second dose next month,” he said. “There’s no side effect. The medical personnel told me to rest for 30 minutes before leaving, and reminded me that even if I feel unwell, as if I got a cold, or there’s some redness [on my arm], ‘it’s okay, it will go away in two or three days’.”

Tam, of the NPCSC, also said he had asked if Beijing authorities could give Hong Kong more mainland vaccines, adding he was awaiting their reply.

Sources said the local delegates would gather again outside the Hong Kong Convention and Exhibition Centre in Wan Chai on Friday, where coaches would pick them up and take them across the border to Shenzhen for the first dose of the Sinopharm vaccine. The firm previously said its vaccine had an efficacy rate of 79 per cent.

They would travel again to Shenzhen in early February for the second dose, a source added.

Further tests would be conducted in mid-February to ensure the delegates had developed antibodies, before they travelled to Beijing in March for the plenary sessions.

The source said the delegates were told to keep a low profile about the vaccines given the political sensitivities of being immunised ahead of the public.

Hong Kong’s inoculation drive is not expected to launch before Lunar New Year in mid-February. A government advisory panel this week recommended the approval of the Pfizer-BioNTech Covid-19 vaccine for emergency use in Hong Kong, with the final decision resting with the health secretary.

The CPPCC’s annual session starts on March 4, a day before the opening of the NPC’s plenary session. A major task of both events will be to scrutinise China’s 14th five-year plan.

“Arrangements for us to have vaccines as soon as possible would be great so that Hong Kong people can return to normal life and cross-boundary activities and businesses can resume quickly and gradually,” she said.

“If all CPPCC and NPC members could have the vaccines well in advance, it can also ensure that the two important annual meetings can be held safely and smoothly in March.”

Bernard Chan said the local deputies to the NPC were prepared for getting vaccinated. “We will be vaccinated sooner or later in Hong Kong or in the mainland, so I have no problem with that,” he said.

Aside from the Pfizer-BioNTech jabs, supplied by mainland firm Fosun Pharmaceutical, the city has also procured Beijing-based Sinovac’s vaccine and one jointly developed by British-Swedish pharmaceutical firm AstraZeneca and the University of Oxford.