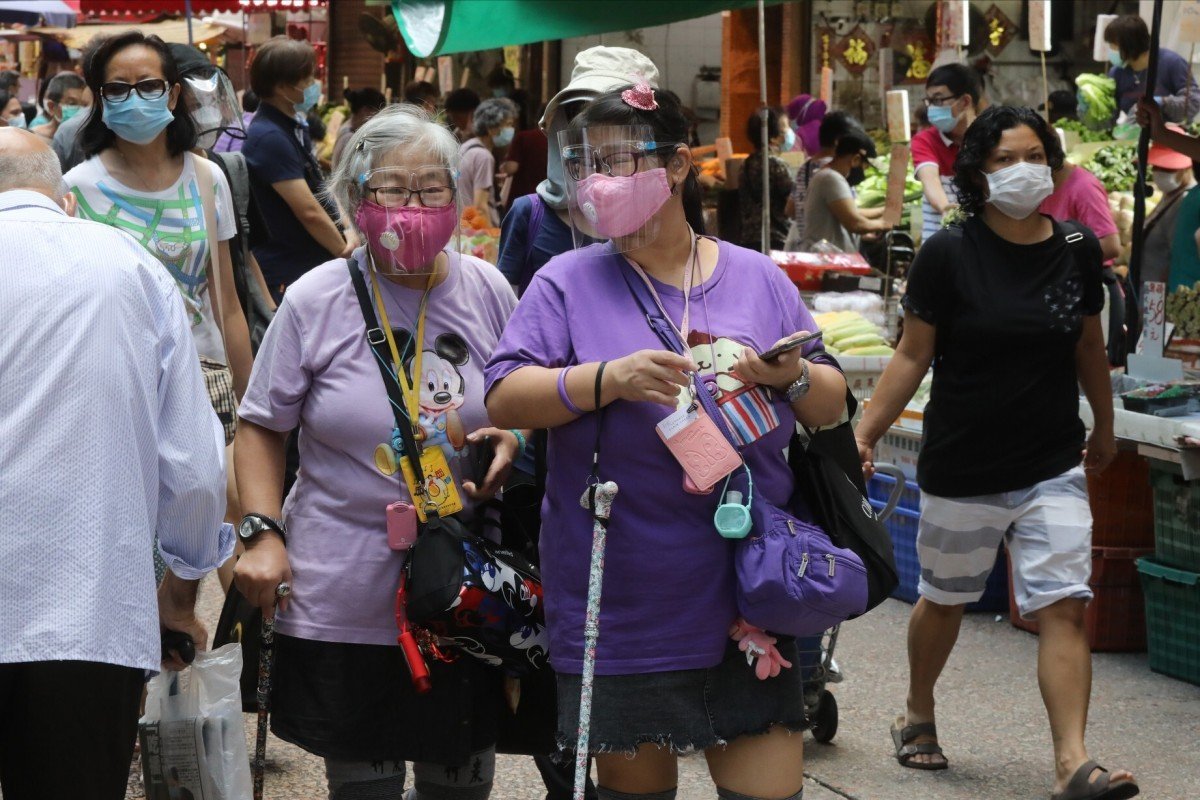 Hong Kong’s population to be smaller, greyer by 2069, government forecasts

Hong Kong’s population is expected to fall to 7.35 million in 50 years – about 160,000 fewer people than it has today – and nearly 40 per cent will be elderly, according to new forecasts.

The projections, updated by the Census and Statistics Department every three years, also painted a picture of a greying society in Hong Kong.

“With post-war baby boomers entering old age, the number of elderly persons aged 65 and over is projected to nearly double in the coming 20 years,” the report said, estimating that by 2039, about a third of Hongkongers – or some 2.52 million – would be retirement-aged, up from 1.2 million in 2019. 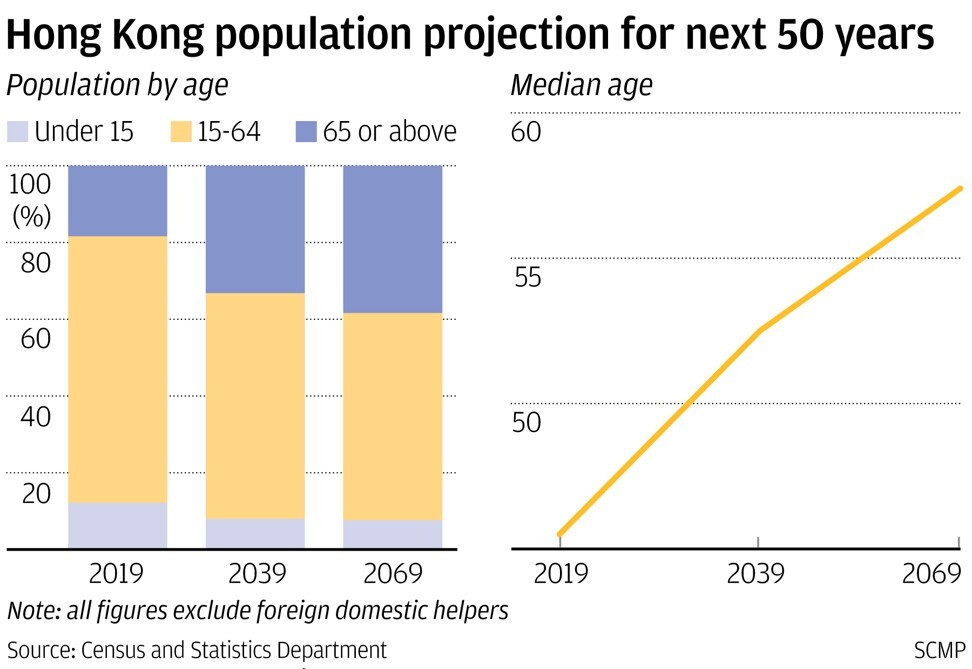 The proportion of the population aged under 15, meanwhile, is expected to fall gradually from 12.2 per cent to 7.6 per cent in the same period.

The report also acknowledged the possible impact of the Covid-19 pandemic on demographics.

“Whether the population growth will resume [as] normal in the coming one to two years is uncertain,” it said, adding, however, that “short-term and sporadic incidents should not affect the long-term trend”.

The department’s report, meanwhile, did not make projections regarding the recent trend of Hongkongers considering emigrating after Beijing’s imposition of the sweeping national security law on the city on June 30.

Professor Paul Yip Siu-fai, a population policy expert at the University of Hong Kong, said: “While we can say that Hong Kong will become less crowded with fewer people, whether it is a good thing or not depends on the population structure. If our society is ageing, it will mean our productivity will decline.” 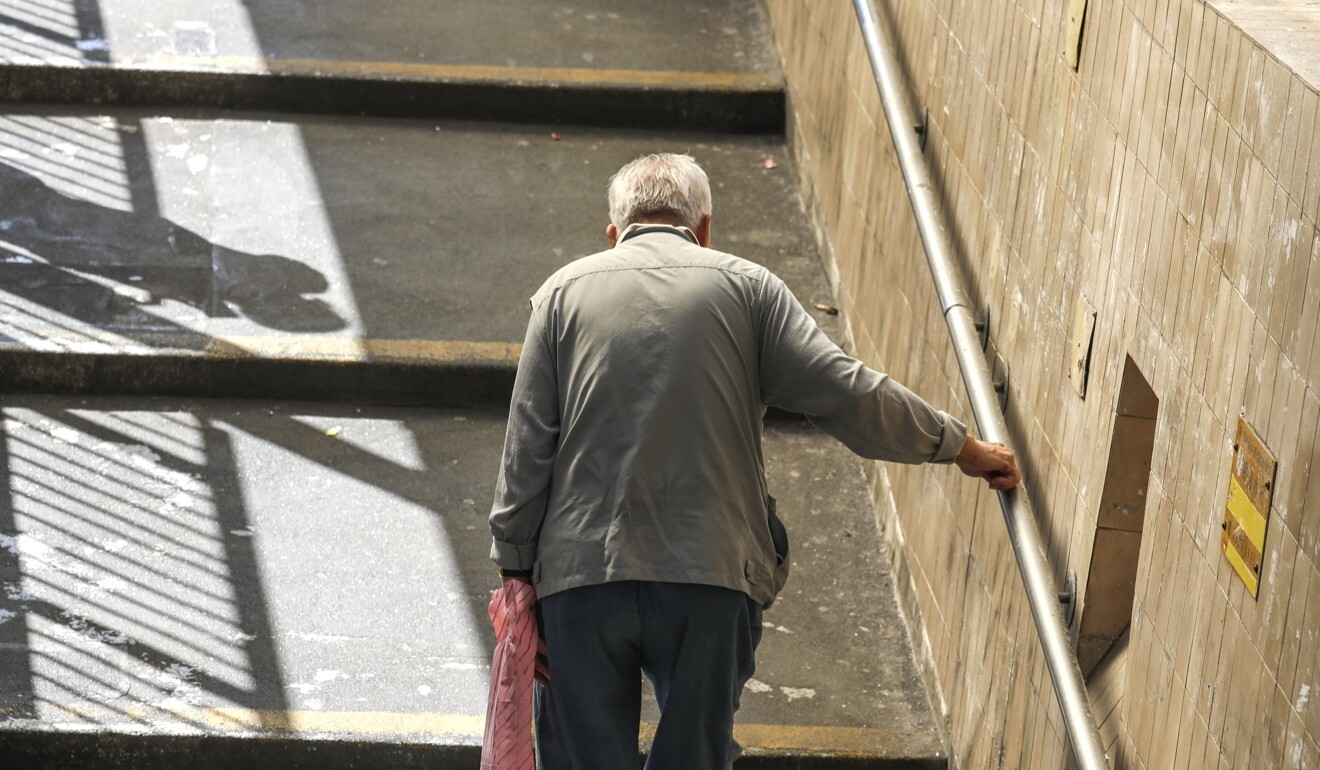 “We need to keep our young talents, while attracting overseas talents to come to Hong Kong. In this sense, the government should do more to make the city a nicer and happier place to live. I do not want to go too much into politics. But making Hong Kong like another mainland city is not the way we should take.”

“An ageing population does not necessarily mean a loss in productivity. For example, we do not need to force people to stop working at the age of 60 or 65,” he said. “We can simply remove the retirement age so that people can opt to work so long as they are fit and wish to do so.” 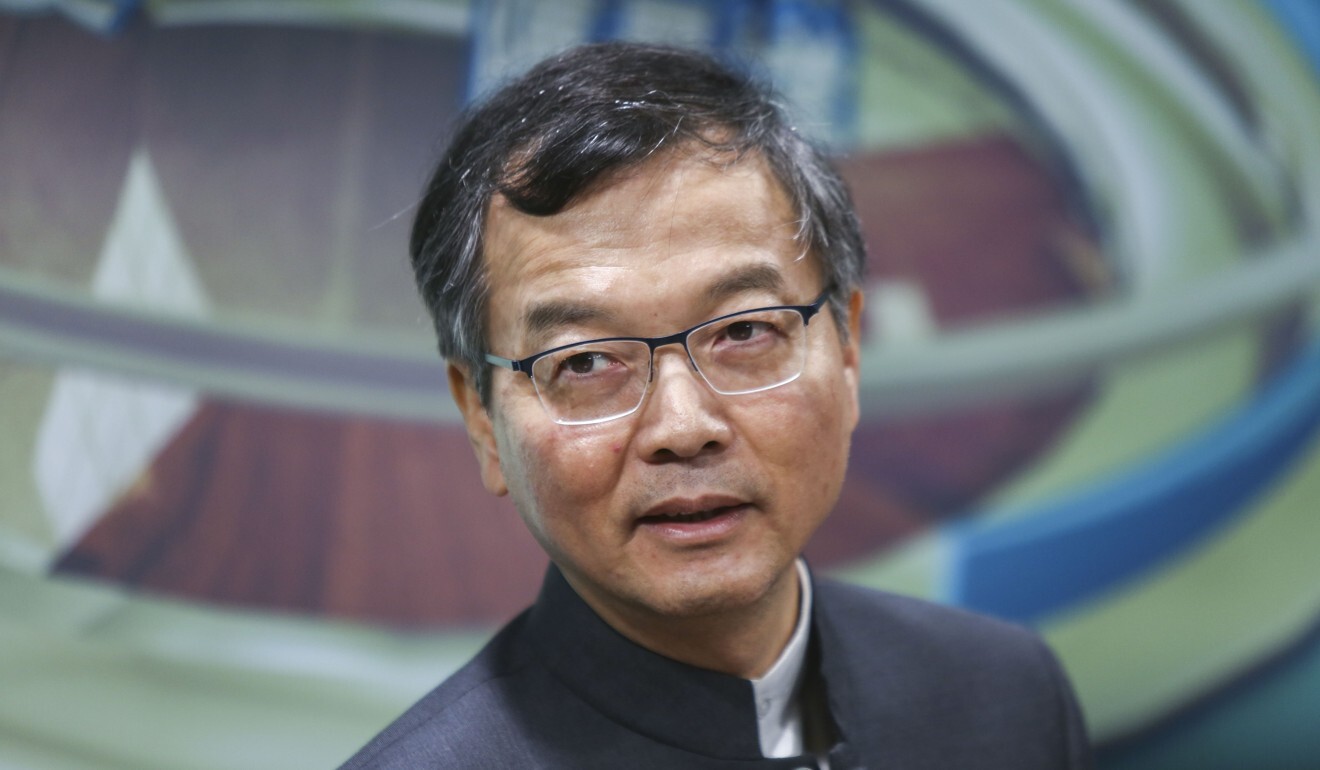 He said the government could also consider giving tax incentives to encourage young people to live with their elderly parents rather than sending them to care homes, thereby reducing the demand for services.

According to the department report, Hong Kong’s fertility rate – defined as the number of live births per 1,000 women – was 1,051 in 2019, down from 1,125 in 2017, making it one of the lowest in the world. The rate is expected to fall further, to just 1,010, by 2069. By then, a third of Hong Kong women are predicted to still be unmarried by the time they leave their childbearing years, compared to about one-seventh in 2019.