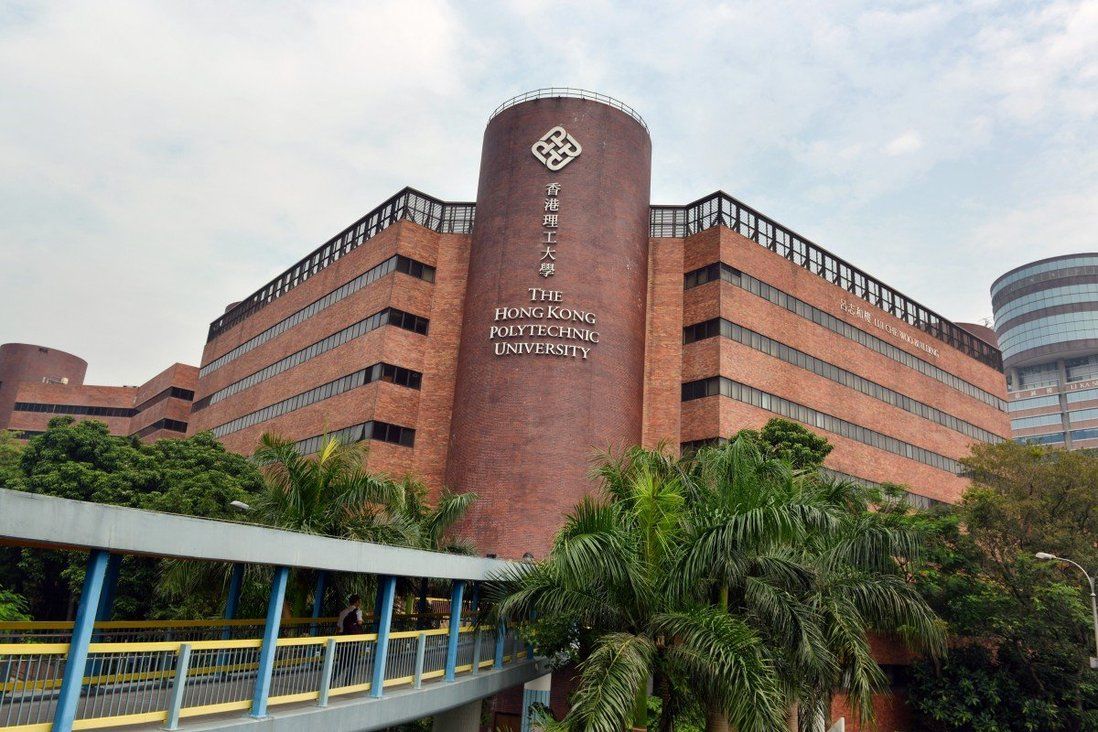 The latest issue of the publication touched on a now illegal protest slogan and featured articles about the impact of the Beijing-imposed national security law.

Hundreds copies of the latest issue of Hong Kong Polytechnic University’s student union magazine have been yanked from campus shelves after administrators took issue with content touching on a now-illegal protest slogan and shrinking freedoms under the national security law.

The students running the magazine could also face disciplinary action, according to the union.

The body’s press committee said on Tuesday that PolyU management had asked it to not only take away all hard copies of the publication, but to remove the online version as well, a request with which it ultimately complied.

Administrators cited “inappropriate” content, but did not specify which parts were deemed problematic, the committee said.

Union president Alan Wu Wai-kuen told the Post he understood that the university’s student discipline committee was following up on the matter. 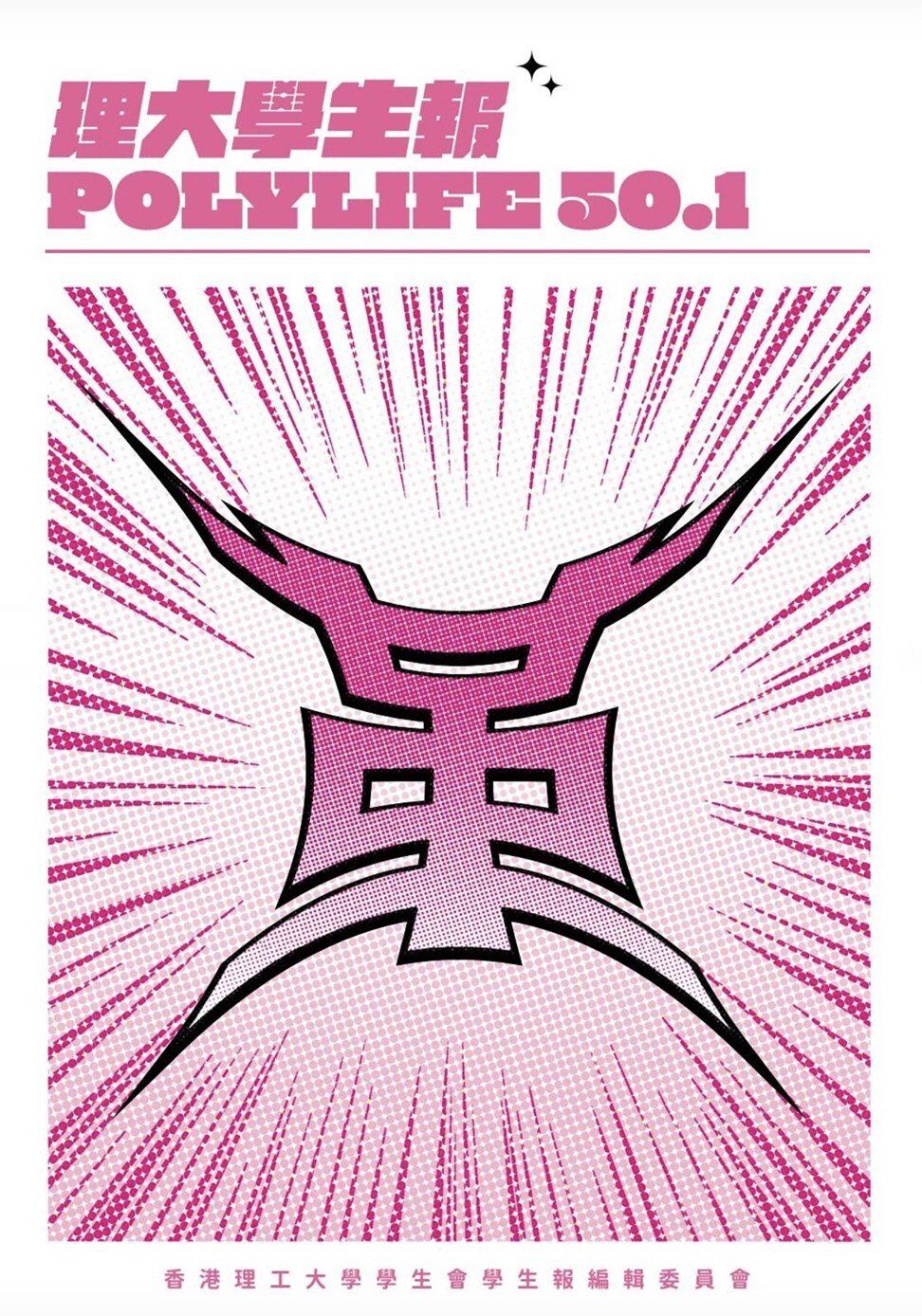 The cover of the latest edition of the PolyU student union magazine featured a character that can be translated as ‘revolution’ or ‘reform’.

In a written reply to the Post, a PolyU spokeswoman would only say that the issue contained “inappropriate and unfounded content”.

She did not respond to questions about whether the students would be penalised, or if the university’s decision was related to the Beijing-imposed national security law, which came into effect in June last year and bans acts of secession, subversion, terrorism and collusion with foreign forces. The law carries a maximum penalty of life imprisonment.

“The student affairs office often keeps in communication with the student union to provide guidance in terms of union affairs, in the hope that the union can bring positive impacts to its members,” the spokeswoman added.

The latest issue of the magazine – titled PolyLife 50.1 and published on Monday – featured a Chinese character that could be translated as “reform” or “revolution” on the cover, and touched on topics such as shrinking press freedom and the difficulties faced by “yellow” shops that supported protesters during the 2019 social unrest.

“When we chose the theme for the issue, there were not so many controversies regarding the phrase ‘Liberate Hong Kong; revolution of our times’,” the magazine’s editor’s note read. “I still believe when there are young people who chose to uphold the banner of revolution, there is only one meaning to the character [on our cover].”

The Hong Kong government last year deemed the once-ubiquitous protest slogan illegal, maintaining it was pro-independence and secessionist in nature – an interpretation backed by a court ruling last month. 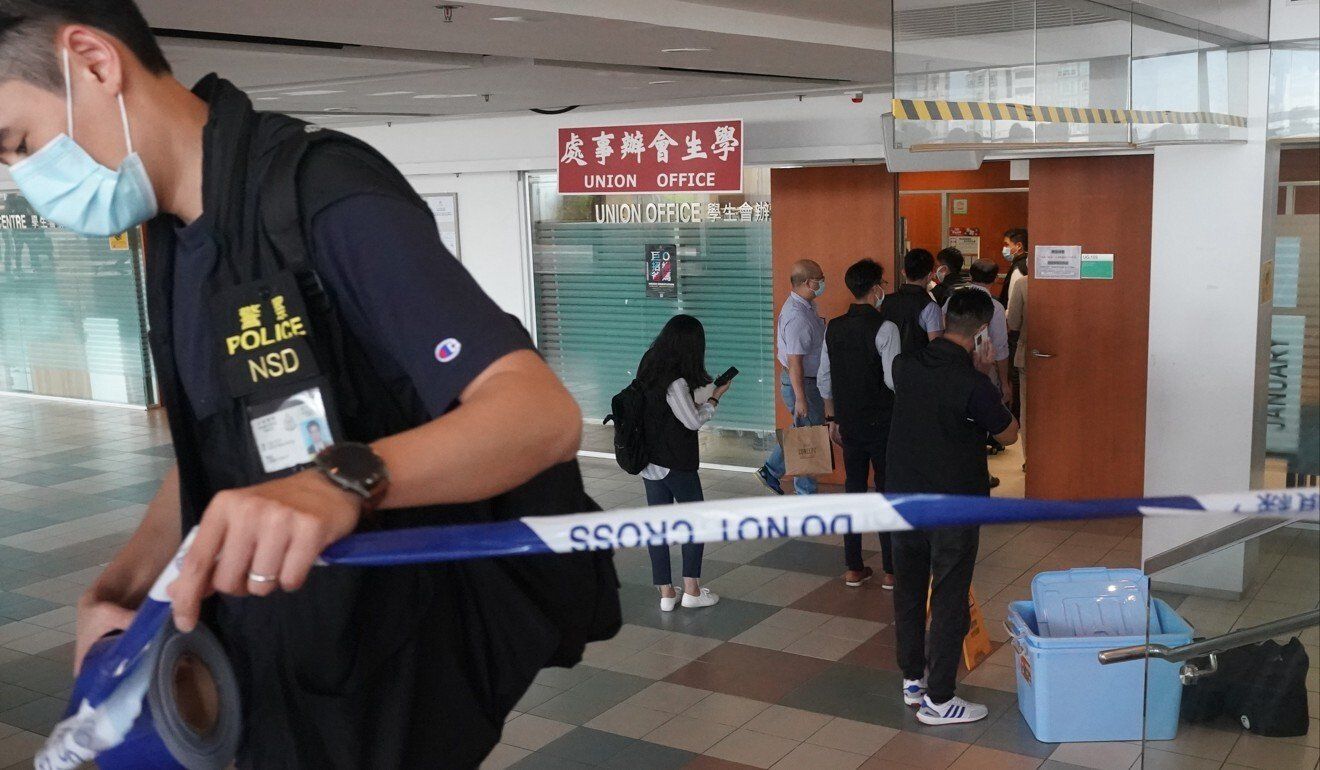 Police raid the student union’s offices at the University of Hong Kong as part of an investigation into a motion mourning the ‘sacrifice’ of a man who stabbed a policeman.

The magazine also featured an article on the now-defunct Apple Daily newspaper that referred to the “Chinese Communist Party suppressing Hong Kong and restricting different kinds of freedoms”. The tabloid-style paper folded in June after its assets were frozen and its founder and several senior staff members were arrested under the national security law.

This week’s row over the magazine is only the latest example of frayed relations between the city’s universities and their student unions.

Multiple local institutions have severed ties with their unions, including the University of Hong Kong, which also banned dozens of student leaders from campus after they passed a motion mourning the “sacrifice” of a man who stabbed a police officer in Causeway Bay before turning the knife on himself.

Four HKU students said to have backed the motion were later charged with “advocating terrorism” under the security law, with police warning more arrests could follow.

At least six of Hong Kong’s eight publicly funded universities – PolyU among them – have also stopped collecting fees on behalf of their student unions, which have historically been outspoken on various social and political issues, including during the 2019 protests.