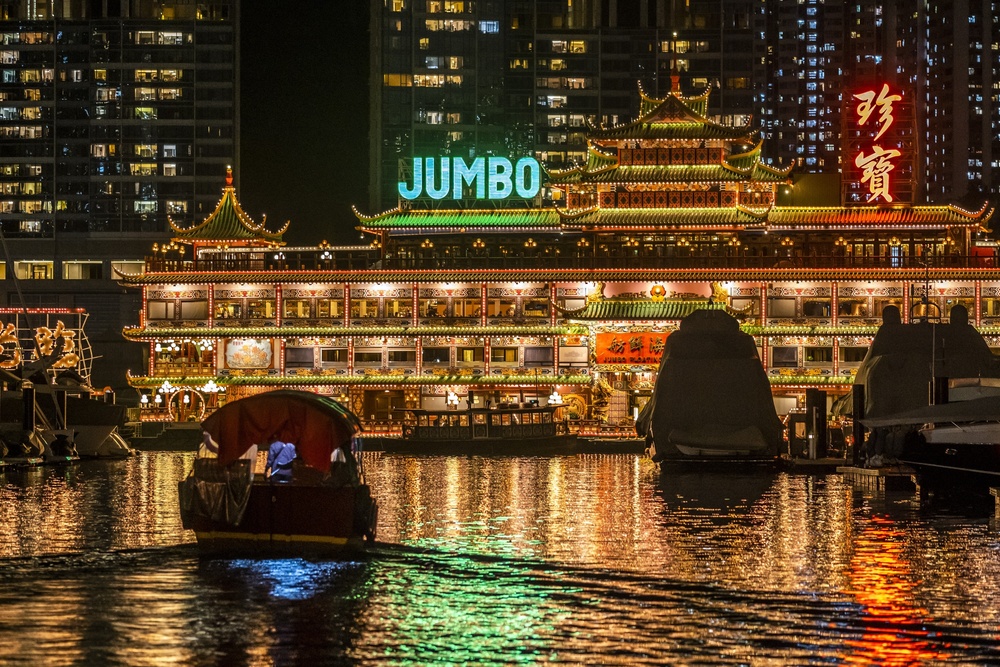 As Hong Kong attempts to recover from an often-brutal social uprising as well as years of seemingly never-ending Covid curbs, some of the victims, lost to time are the cultural relics of restaurants and neon lights that lined the once vibrant city's streets.
For years, Carlos Sun has been documenting Hong Kong’s changing streetscape, photographing traditional bakeries and dim sum shops about to close due to an owner’s old age or an expiring lease. But the speed with which the city is losing some of its most famous institutions in the last few months has been dizzying.

“It’s happening so quickly recently,” said Sun, who runs the Instagram account Vanishing Hong Kong full time after being laid off as a photographer in 2020. “There’s a business closing down every week.”

Hong Kong’s strict, pandemic-related border controls and social-distancing rules have kept travelers away and local diners at home, hastening the closure of celebrated restaurants and iconic cafes. Disappearing landmarks include the Jumbo floating seafood restaurant, which was towed away in June amid financial difficulties and later capsized at sea. Lin Heung, one of the city’s last traditional dim sum restaurants, has shut its doors. Some popular greasy-spoon diners known as cha chaan teng, serving wok-fried spaghetti and pineapple buns, have also been closing.

Some changes are happening independent of Covid’s effects. Many long-standing mom-and-pop shops are being closed down or handed eviction notices due to redevelopment and stricter enforcement of building codes. In September, Tung Po Kitchen, a lively, no-frills seafood restaurant featured in Anthony Bourdain’s No Reservations, was forced out of its original location in a food market due to supposed tenancy violations.

The gradual vanishing of once-ubiquitous neon lights, part of a drive to clean up the city, may be one of the most recognizable symbols of the city’s gentrification. But the flurry of shop closures has triggered nostalgic melancholy among Sun’s 80,000 followers on Instagram, many of whom see the changes as a loss of the city’s character.

Such sentiment is also running high after political changes imposed by Beijing following the 2019 pro-democracy protests. When Queen Elizabeth’s death prompted an outpouring of grief in Hong Kong, academics said many were also in mourning for the city’s more freewheeling and prosperous past.

Losing old businesses “is like losing a part of Hong Kong, which is very sad especially given the wider socio-political situation recently,” said Mee Kam Ng, an urban studies scholar at the Chinese University of Hong Kong. “This kind of loss adds to a situation that is not particularly upbeat for the city.”

While some of the shops featured by accounts like Sun’s may eventually reopen in new locations as Hong Kong recently relaxed some of its pandemic-related restrictions, most are closing down for good due to an exodus of residents and expats to countries such as the UK or Canada.

In many cases, old shops simply cannot find young people to carry on the business. Some believe that they can provide help to these businesses through social media activism. Ian Ma, who works in the finance industry, started the Instagram page Hong Kong Historical Shops in 2018, before realizing that he could use the platform to help connect store owners with potential apprentices.

The account recently posted a free recruitment advertisement for a tailor and eventually attracted a couple of applicants, said Ma. He also plans to help introduce traditional businesses to landlords who are willing to offer cheaper rents and connect business owners migrating abroad to people interested in taking over.

“If you want to preserve something because you don’t want to see them disappear, simply documenting does not help,” said Ma. “We have to be more proactive.”
#Covid
Add Comment