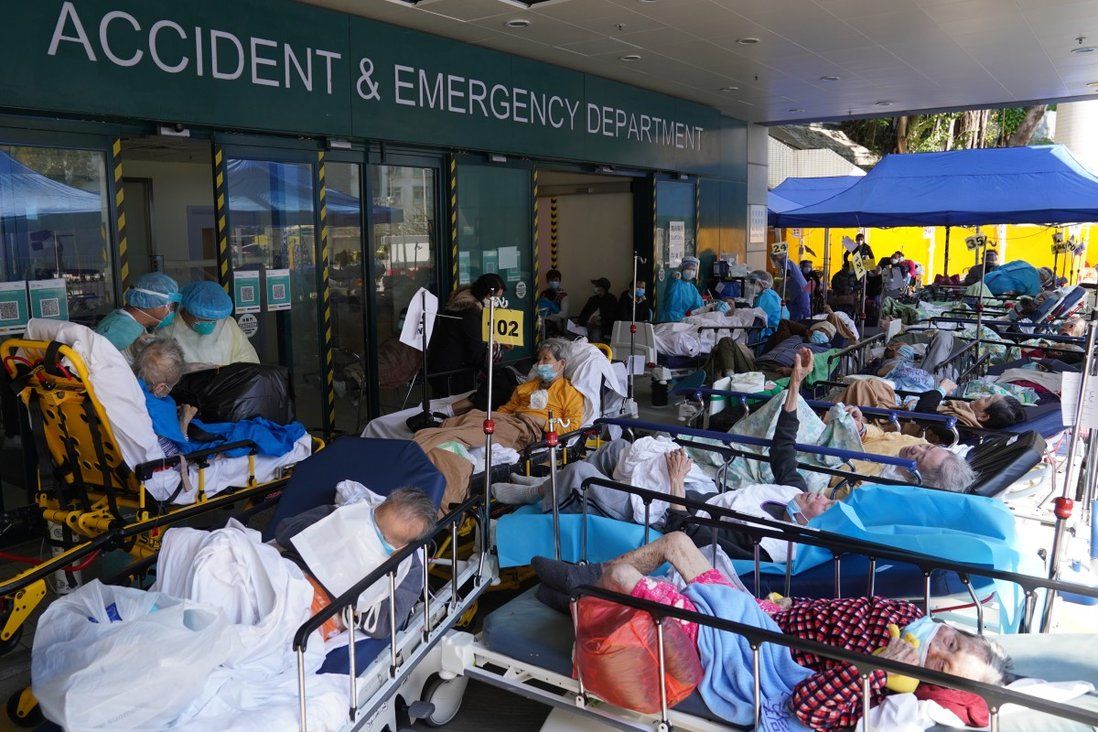 China cannot afford an Omicron outbreak after Beijing declared “stability” its foremost priority in 2022.
The worsening fifth wave of Covid-19 infections in Hong Kong has dashed hopes that the city’s border with the mainland would reopen any time soon. The outbreak is also likely to prevent China from easing its border restrictions for foreign visitors in the near future.

Omicron – which is more contagious than previous coronavirus variants, although it appears to cause less severe disease – presents a big risk for mainland China, which is not prepared to handle a surge in Covid-19 cases, especially after Beijing declared “stability” as the country’s foremost priority this year.

While the number of infections in Hong Kong is comparable to those seen in Japan, Singapore, South Korea and Thailand in recent months, the city’s more than 34,000 new daily Covid-19 cases recorded on Monday would astound anyone living on the mainland, which reported on Sunday just 87 cases among a population of 1.4 billion.

In Hong Kong, the insufficient vaccination rates among the most vulnerable groups have placed extraordinary pressure on the city’s hospitals. Should a major Omicron outbreak hit mainland China, the situation would be no better given the absence of more effective mRNA vaccines in the country, and underdeveloped health care systems in small cities and towns.

For now, mainland China’s zero-tolerance approach to the pandemic, which includes mass testing and targeted lockdowns, is still working.

When the northern Chinese metropolis of Tianjin was hit by Omicron in early January, authorities implemented strict lockdown measures. By the end of that month, life in the port city of 13 million had largely returned to normal. The southern city of Shenzhen, which has reduced its daily entry quota for travellers from Hong Kong, is trying to control its ongoing mini-outbreaks using the same approach.

China’s dynamic zero-Covid policy has proven to be an effective way to balance public health and economic development, and there is no reason to discard this approach when it remains vastly popular with the Chinese public.

Hong Kong is already following Beijing’s dynamic zero-Covid policy, and is planning a compulsory testing scheme that may follow the mainland’s strategy in locking down millions of people in their homes or neighbourhoods for days or even weeks.

China certainly understands that it cannot shut itself from the outside world forever. Its decision to import Pfizer’s Covid-19 pill Paxlovid, and the government’s push for citizens to get vaccine booster shots are seen as preliminary preparations for easing border controls.

But the escalating outbreak in Hong Kong has shown that mainland China has more to lose than gain from opening its borders now. It is possible that China’s entry restrictions for foreign travellers could remain through autumn, and even into winter.
#Coronavirus  #Vaccines  #COVID-19  #vaccine  #Pfizer  #Covid
Add Comment