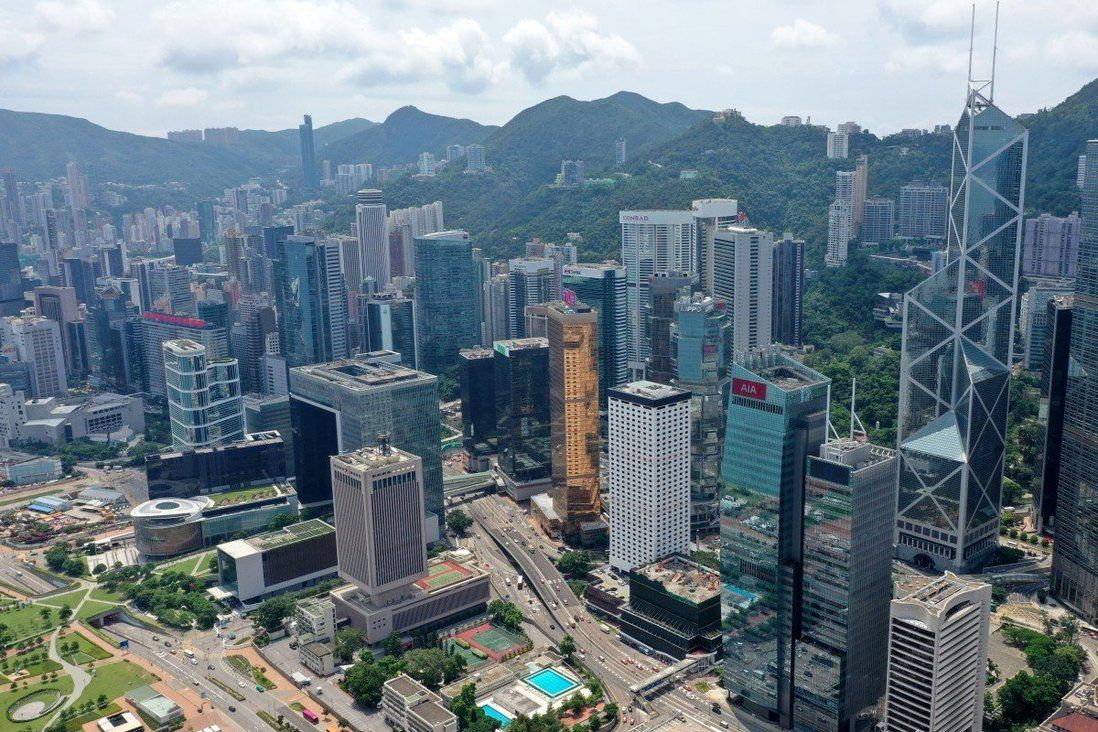 The three months to September saw ‘net absorption’ for the first time in two years, meaning more space was taken up than vacated, according to Cushman & Wakefield.

Hong Kong’s office rental market is showing signs of recovery after being battered by 2019’s social unrest and the Covid-19 pandemic that immediately followed it.

The three months to September saw “net absorption” for the first time in two years, meaning more space was taken up than left empty, according to Cushman & Wakefield.

The property services giant halved its forecast for the overall average rental decline this year from a range of 8 to 13 per cent to between 4 and 6 per cent. The average rent per square foot in Hong Kong has already sunk 26.4 per cent from a peak of HK$75.9 in April 2019, to HK$55.9 in the third quarter of this year.

“Compared to the relatively low levels of tenant movement in the second quarter, we saw a resurgence of transaction activity
in the third quarter with several notable deals concluded by tenants from within the banking and finance, insurance and business centre [and] co-working sectors,” said Keith Hemshall, Cushman & Wakefield’s head of office services, Hong Kong.

As a result, the amount of office space being surrendered dropped 12 per cent from the previous quarter, equating to a reduction of 62,000 square feet in total. Surrendering means abandoning offices before the contracts expire.

The overall office space availability rate dipped slightly to 13.9 per cent in the third quarter and will probably continue to drop at a similar pace through to the end of 2021, according to Cushman & Wakefield.

Chinese investment bank CICC expanded its office space at One International Finance Centre by about 32,600 sq ft when it renewed its contract, according to a report by JLL.

As for the retail market, Cushman & Wakefield said insurance companies were boosting the sector by taking advantage of lower rents to expand.

When asked about the government’s recently announced plans to develop the Northern New Territories, Cushman & Wakefield managing director John Siu said focusing the innovative technology industry there will lead to a rise in the white-collar working population in the Northern Metropolis, and a subsequent rise in demand for office buildings.

“It will also stimulate the local retail and food and beverage [sector],” Siu added.