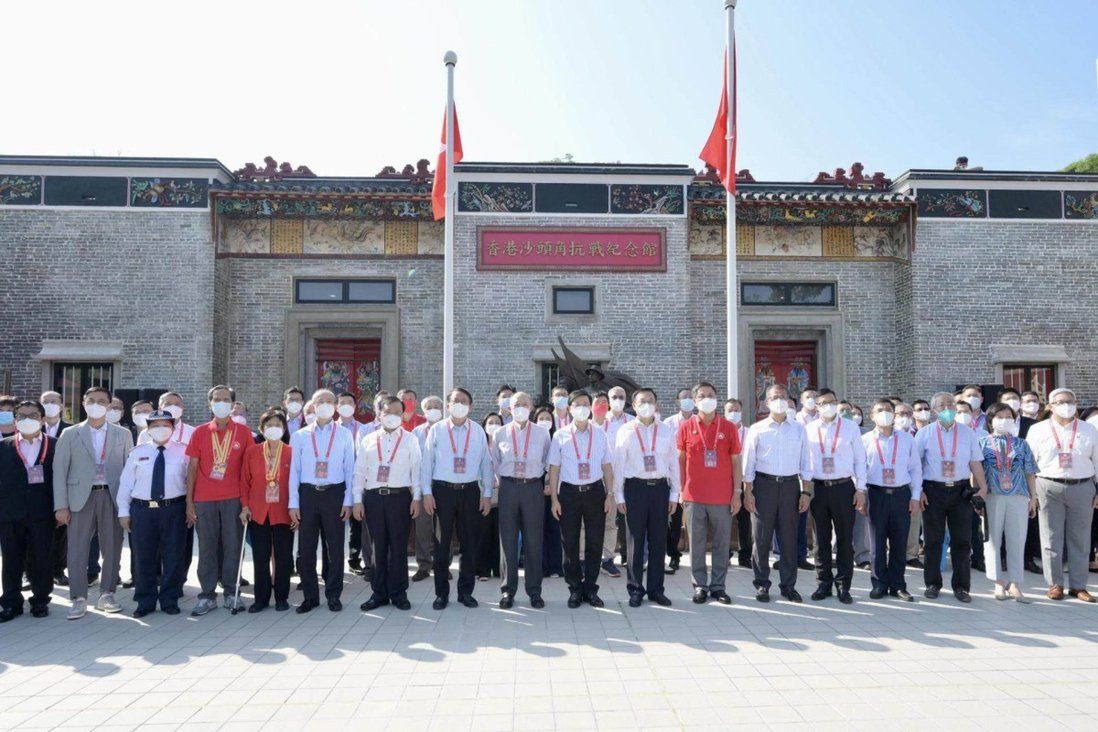 A museum marking China’s resistance against the Japanese invasion in the lead up to and during World War II opened in Hong Kong on Saturday, with the city’s chief executive hailing it as “a base for patriotic education”.

Chief Executive John Lee Ka-chiu posted the comments on his social media accounts after attending the opening ceremony of the new museum in Sha Tau Kok, one of Hong Kong’s northernmost towns.

The Hong Kong Sha Tau Kok Anti-war Memorial Hall is housed at the Luo family’s ancestral home, which was used as a base by the resistance at the time and is now located at the entrance of the Sha Tau Kok Heritage trail. 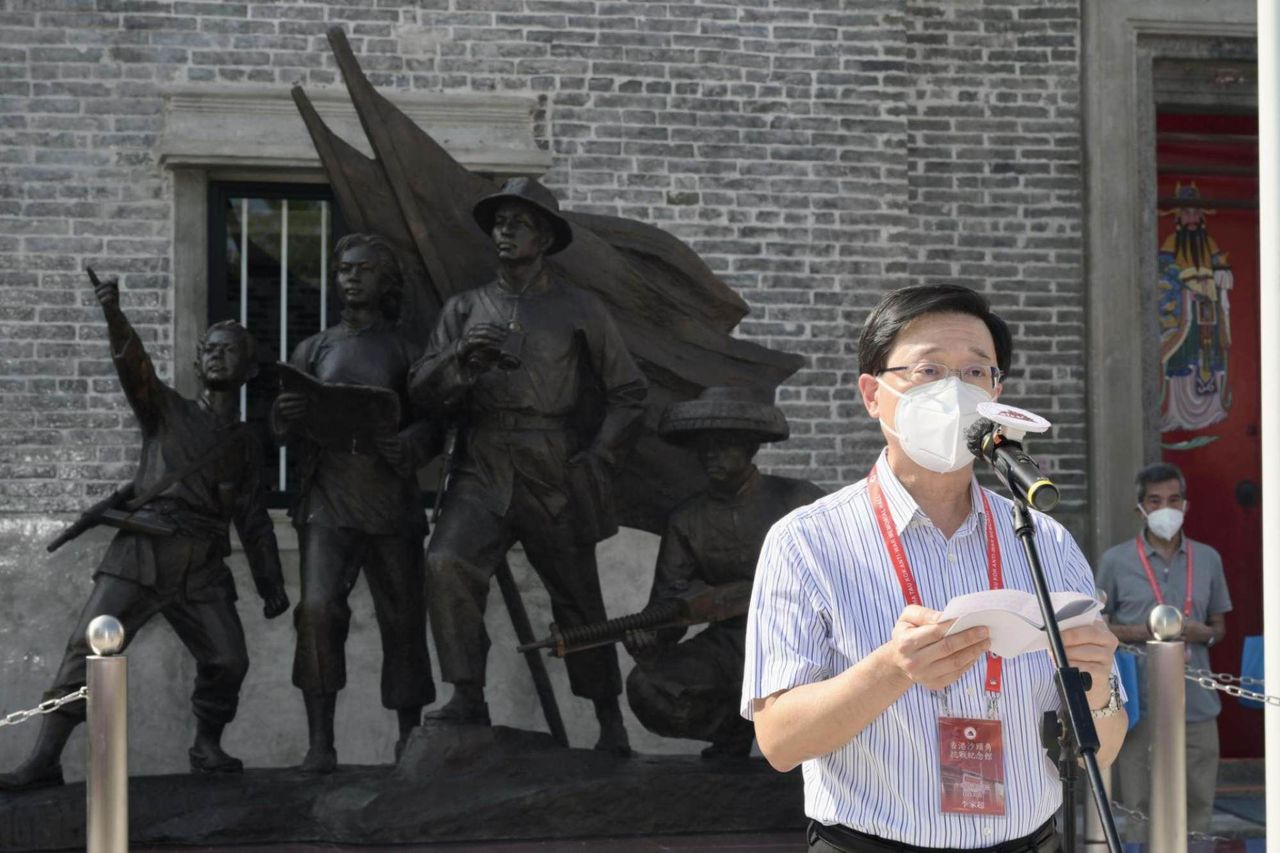 After recounting the history on his Facebook, Instagram and their equivalent in mainland China Weibo, Lee touted the museum as “a base for patriotic education, which will facilitate national education, deepen citizens’ understanding of Chinese history and enhance their recognition for the country”.

During the opening ceremony, he said the people displayed their love for the country when defending its soil decades ago, “encouraging the people of China to fight for a great renaissance of the Chinese race” – a phrasing often used by mainland Chinese officials to refer to the nation’s modern development.

“The Hong Kong government attaches great importance to the history marking the victory of the resistance and will let the public understand its role and all the stories during the war,” he said.

Encouraging the public to visit, he said the museum was jointly funded by a donation from people who were passionate about that chapter of history and a subsidy from the Development Bureau’s Maintenance Scheme on Built Heritage. 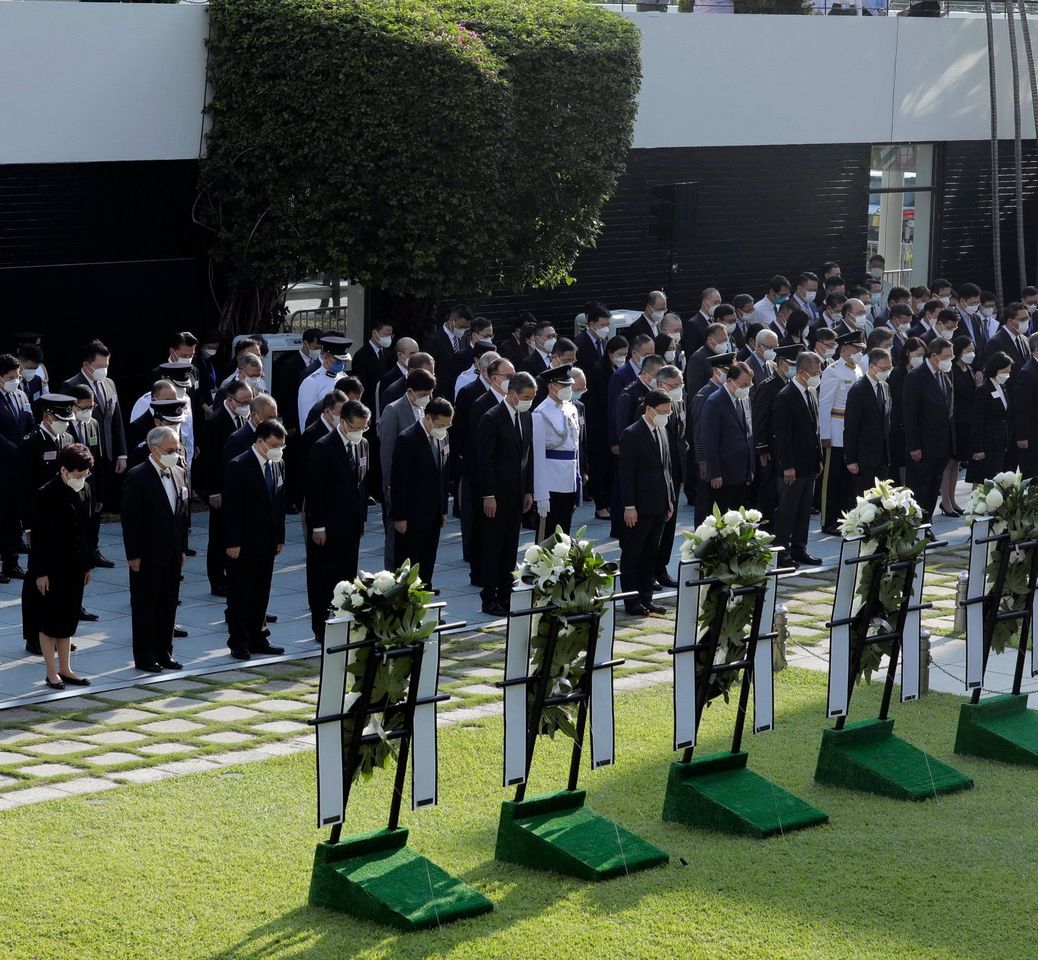 Chief Executive John Lee and high-ranking officials attend a ceremony to commemorate the defeat of the Japanese army at City Hall Memorial Garden.

Before the visit, Lee gathered in the morning with current and former high-ranking officials, including his predecessors Leung Chun-ying, Carrie Lam Cheng Yuet-ngor and Donald Tsang Yam-kuen, for an annual ceremony outside City Hall in Central marking the defeat of the Japanese army.

Chief Justice Andrew Cheung Kui-nung and Beijing’s representatives in Hong Kong were also present to observe a minute of silence.

The then Imperial Japanese army attacked Hong Kong in 1941, four years after it unleashed a full-scale assault on China. Japan subsequently occupied the then British colony for almost four years until its surrender in 1945.