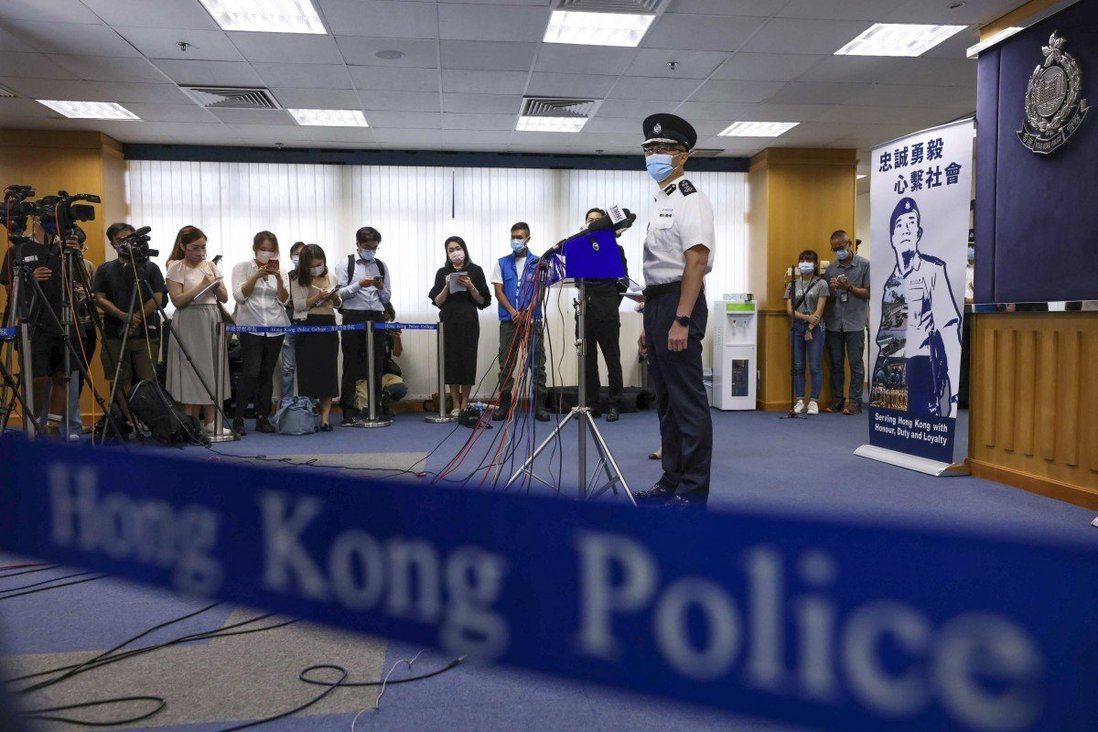 Raymond Siu blames ‘fake’ news for spreading misinformation about the organisation but admits police performance fell short of expectations on day of mob attack at rail station in 2019.

Hong Kong’s new police chief has denied the force suffers from a poor relationship with the public and blamed “fake” news for undermining the reputation of the organisation.

Police had won supporters in the wake of the social upheaval triggered by anti-government protests in 2019, Raymond Siu Chak-yee said on Saturday as he expressed backing for any law that held people who spread misinformation accountable.

Siu, 55, made the remarks while touring a police college a day after he took over as commissioner from Chris Tang Ping-keung, who was made secretary for security.

During the months of unrest, police officers were widely accused of using excessive force in the running street battles with protesters. Siu, who was one of the top operational commanders at the time, said the force had been working hard to engage the community and insisted ties were improving.

“Why are there still some people showing hostility towards the police? As I said, there are lots and lots of fake news, fake reports. In order to improve that situation, whenever there is any fake news … we will take immediate action to clarify.”

City leader Carrie Lam Cheng Yuet-ngor said in May the government was working on a law to tackle fake news but gave no timeline for introducing the legislation. Her comments deepened concerns that authorities were targeting media freedom, already viewed by critics at home and abroad as under attack by a national security law Beijing imposed one year ago. 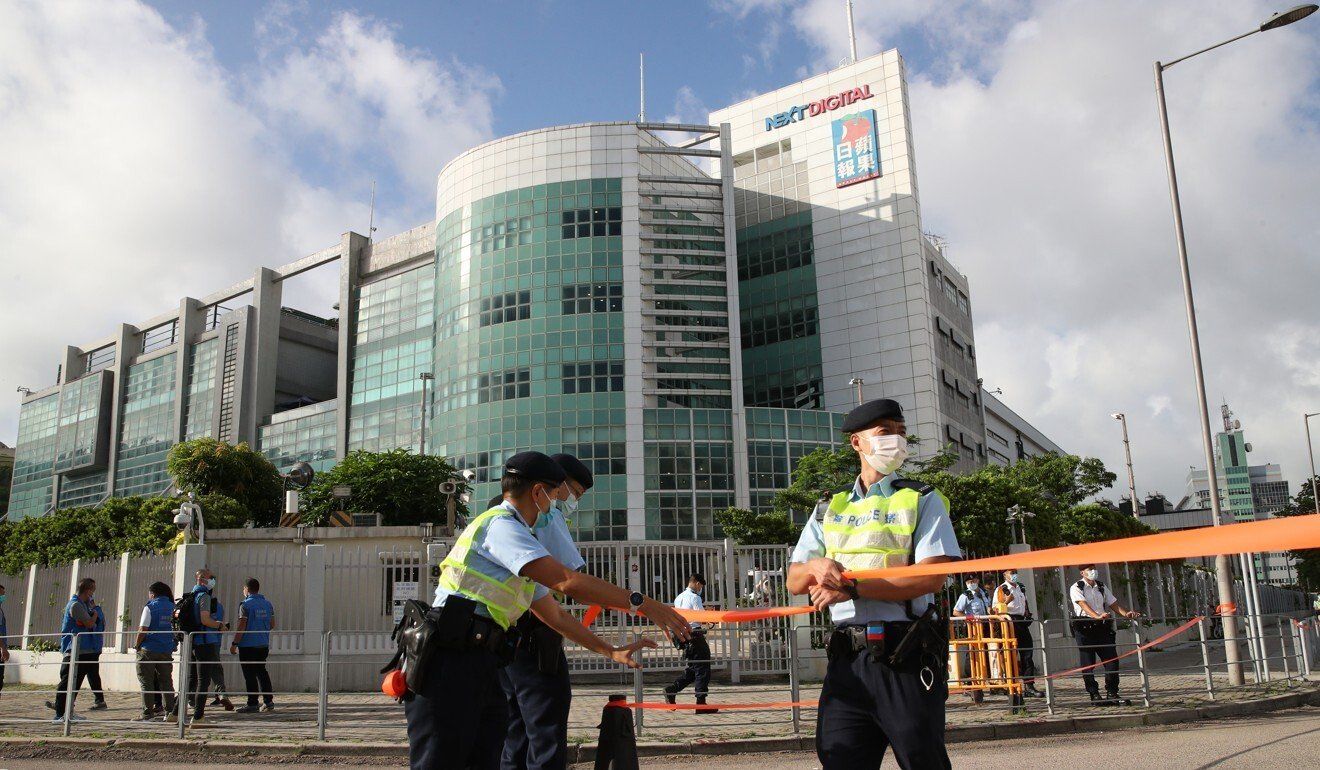 Police officers set up a cordon outside the offices of the Apple Daily, which printed its final edition on Thursday after its founder and several executives were arrested under the national security law.

When asked whether he should bear responsibility for a mob attack at a rail station in northern Hong Kong two years ago, Siu admitted the performance of police fell short of public expectations that day.

“But I hope everyone will move forward,” he said. “We have been reviewing our operation that day, including the 999 call centre, based on the report by the Independent Police Complaints Council.”

Two officers arrived on the scene but quickly left and returned with reinforcements 39 minutes later. By then, the attackers had fled.

The force said manpower was stretched thin by a protest on Hong Kong Island the same night, while the emergency services hotline in the north of the city was jammed with 24,000 calls received over three hours. 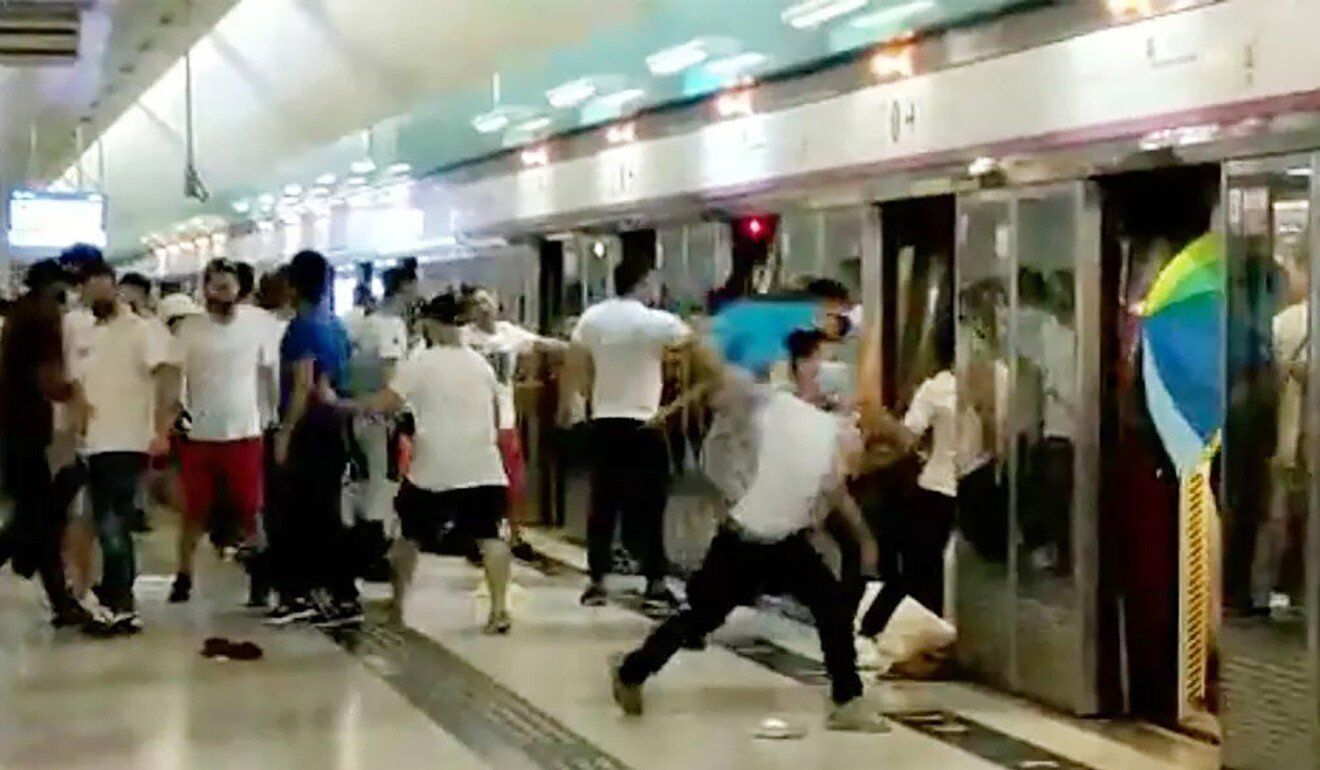 The police force drew widespread criticism for its handling of a mob attack at Yuen Long MTR station in 2019.

In a report on how operations were carried out during the protests, the complaints council found no systemic problems with policing and maintained the use of force was only in response to the degree of violence encountered.

But the study acknowledged there was room for improvement and put forward 52 recommendations, including a review of the force’s command structure.

According to a recent poll by the Hong Kong Public Opinion Research Institute, support for police has increased, rising from a score of 39.4 in August 2019 to 44.2 in May.

Siu also stressed that safeguarding national security was a top priority, as it was for any other government, to ensure a prosperous society.

At least three activist groups – Tin Shui Wai Connection, Save Lantau Alliance and the League of Social Democrats – applied to the force on Friday for approval to hold a march on July 1 coinciding with the anniversary of the city’s handover from Britain to China in 1997. Siu said officers would assess the risk of any gathering based on national security concerns, the civil rights of the applicants, and public safety and order. The organisers expressed optimism on Saturday they would receive approval.

Siu said he could not rule out additional arrests in connection with a raid by officers from the national security unit on the offices of Apple Daily last week. Five executives and a writer have been arrested, and charges laid against two. Police cited the publication of more than 30 articles calling for sanctions against Hong Kong, an offence under the security law.

Authorities also froze HK$18 million (US$2.32 million) of assets belonging to parent company Next Digital, which left it unable to continue operating. The tabloid-style newspaper printed its final edition
on Thursday.