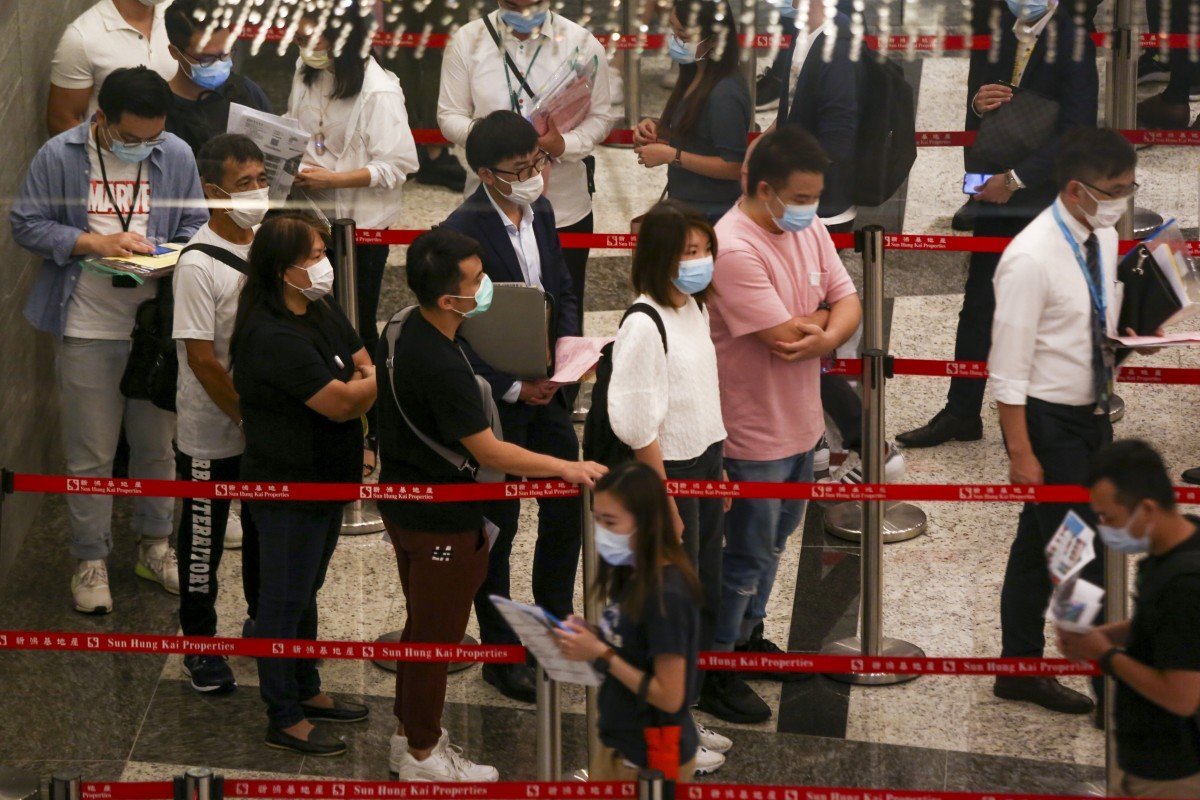 Sales of new flats in Hong Kong jumped to a 13-month high in June as developers stepped up marketing efforts and offered steeper discounts to woo buyers at a time of escalating US-China tensions and uncertainties over the coronavirus pandemic.

New home sales surged 92 per cent month on month to 2,136 units in June, short of the 2,314 units sold in May 2019, according to Land Registry data on Friday. The value of transactions rose for the fifth consecutive month to HK$70.59 billion (US$9.1 billion), which was also a 13-month high.

But market watchers believe the trend may not be sustained amid growing uncertainties over the impact of the recently introduced national security law.

“The impact of the law on US-China relations and the reaction of the local community has to be observed for some time,” said Derek Chan, head of research at Ricacorp Property. “We do not rule out the possibility of some buyers taking a cautious approach.”

Chan added that new flat sales were unlikely to exceed the 2,000 level in July as he anticipates developers to slow down the marketing of new projects, while used-home sales would remain flat.

Separately, Hong Kong’s lived-in home prices eased 1.46 per cent to 178.48 for the week ended June 28, ending two consecutive weeks of gains, according to the Centa-City Index released on Friday. The index tracks transaction prices in 100 housing estates in the city.

In the first half of this year, total sales of new flats fell 24.7 per cent to 6,458 deals, from the second half of 2019, according to the government data. This was primarily because transactions had slowed down in the first four months because of a slowdown in business activity as a result of the Covid-19 outbreak.

Primary market activity regained momentum in May and June when the number of monthly transactions returned to more than 1,000 deals, compared to the 620 new homes sold in January, the data showed.

The figures in June better reflect the state of market in mid-May and early June due to the time lag of about four weeks between buying and registering a property with the government, said Centaline’s Wong.