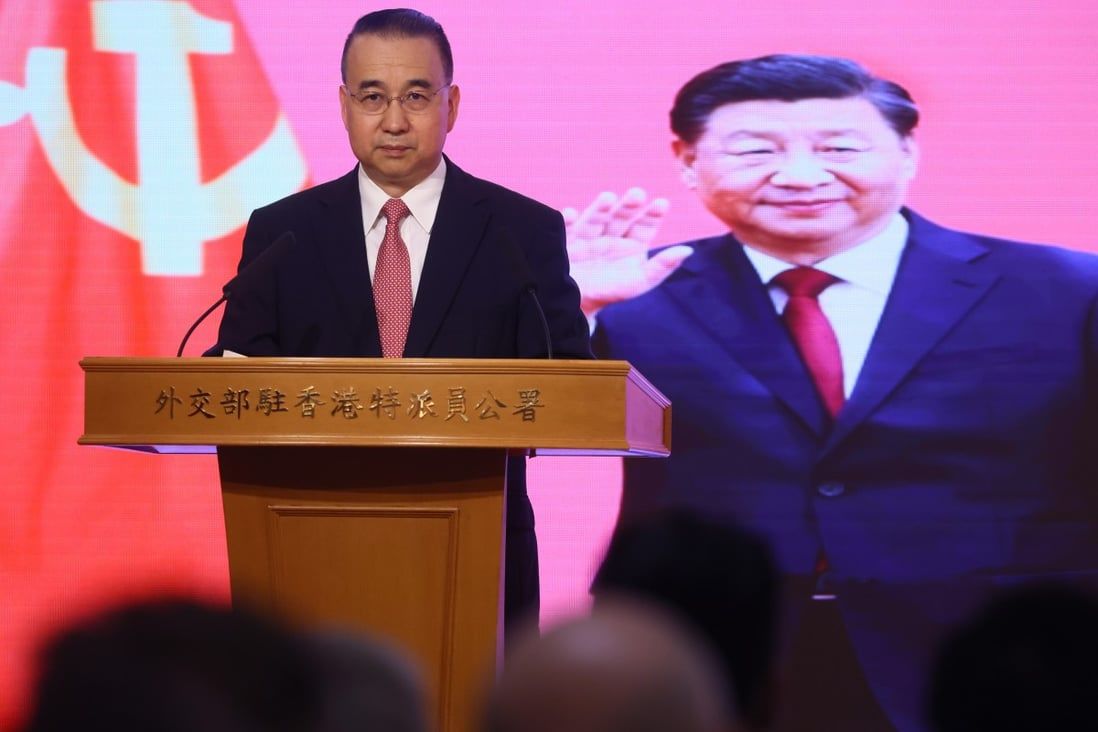 The work report delivered by Chinese President Xi Jinping at the 20th Communist Party congress was “an action guide” for Hong Kong and a signal of Beijing’s long-term commitment to the “one country, two systems” principle, its top diplomat in the city told consuls and foreign businesses on Friday.

Liu Guangyuan, commissioner of China’s foreign ministry office in Hong Kong, also told about 100 people at a briefing session that the report consolidated the city’s role as a bridge to the international community in sectors from finance and trade to culture and technology.

He highlighted in a one hour speech that the party had elaborated on the one country, two systems principle in its constitution at the twice-a-decade congress, which he said was a sign of Beijing’s faith in the concept.

Liu said the amended constitution now had a commitment by the party to “fully, faithfully, and resolutely” implement the guiding principle, which was not included in the previous version.

“This demonstrates the determination and confidence of the party as the creator, leader, practitioner and defender in this initiative in implementing one country, two systems,” Liu said.

Liu, speaking days after the week-long congress finished, explained he held the session to brief consulate and foreign business representatives about the significance of the national event and what it would mean to Hong Kong.

Among the audience was new US consul general Gregory May and Thomas Gnocchi, the ambassador of the European Union. Consulates such as Britain, New Zealand and Australia also sent representatives.

With details of the one country, two systems principle inserted into the party’s constitution, he said, Beijing would exercise jurisdiction over the city to make sure “patriots” ruled and national security was safeguarded.

Beijing imposed a national security law on Hong Kong in 2020 and electoral changes in the next year to restrict candidacy in future elections to people who were judged to be loyalists. 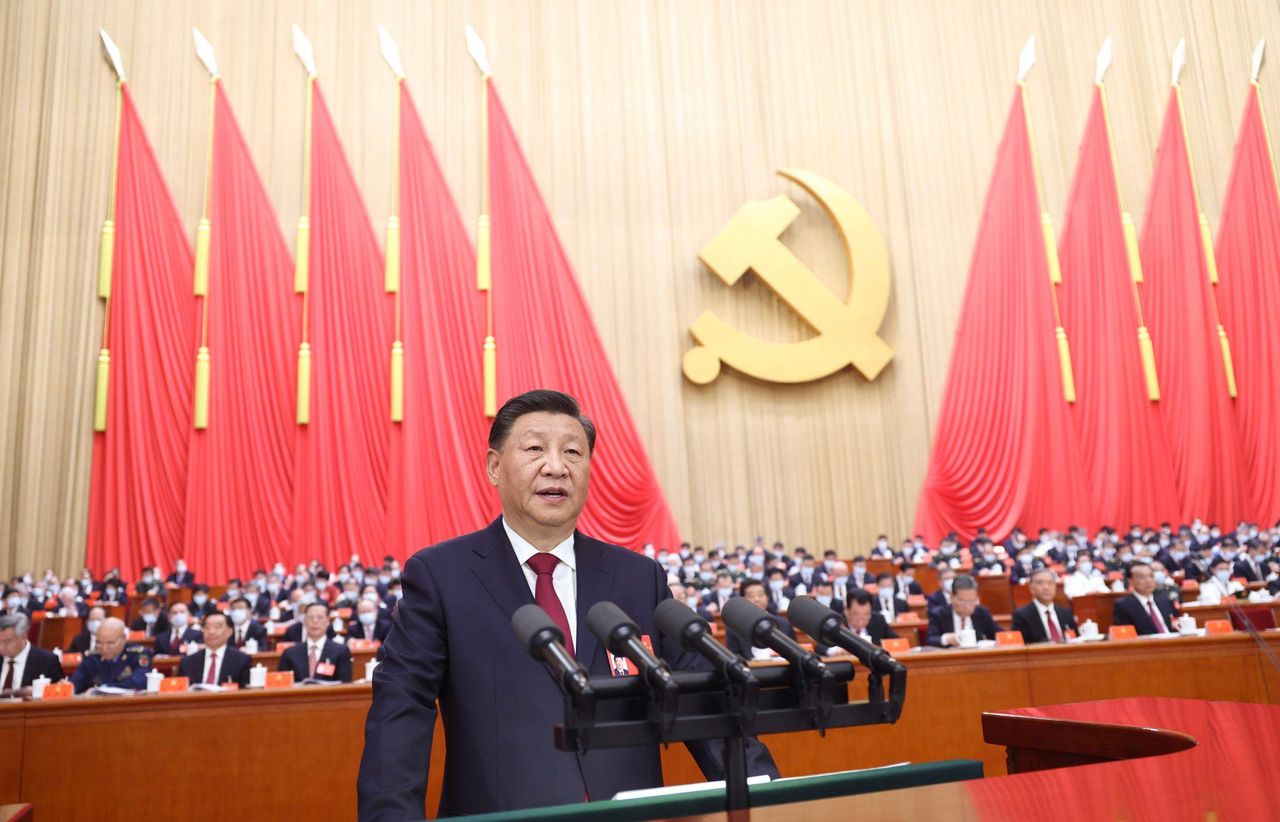 President Xi Jinping speaks at the 20th national congress of the Communist Party of China in Beijing.

But Liu promised that the city, as well as Macau, would still enjoy a high degree of autonomy and reap economic benefits from its close ties with mainland China.

“We will give full play to the strengths and distinctive features of the two regions to see them consolidate and elevate their international position in finance, trade, shipping, aviation, innovation and technology, culture and tourism, and other fields,” Liu said.

The commissioner said his office would safeguard national sovereignty and security and oppose “outside interference”. But he also pledged more convenience for consulates and foreign businesses.

Liu said China wanted to develop a more rounded economy that gave weight to environmental protection and innovation – rather than just the pursuit of a bigger gross domestic product.

Basil Hwang, the vice-chairman of the Singapore Chamber of Commerce, who attended the session, said Hong Kong had a unique advantage the city state could not match.

Amir Lati, the Israeli consul general, added his country put a lot of emphasis on fintech in its collaboration with Hong Kong, and that he looked forward to opportunities in the Greater Bay Area.

Lati said that every jurisdiction had to formulate a Covid-19 policy based on the conditions it faced, but the mainland’s restrictions on cross-border travel had affected business with China.

“We do hope to see the days of the pre-pandemic returning as soon as possible from the exchanges point of view,” he said.

Chief Executive John Lee Ka-chiu on the same day spoke to more than 130 top officials, high-ranking civil servants and Executive Council members in a session held by the Civil Service Bureau on the party congress.

“An accurate understanding of the essence of the 20th national congress would help facilitate our understanding of our country’s policies and the steady and successful implementation of one country, two systems so that we can better leverage on our strengths and characteristics for a better Hong Kong,” he said.