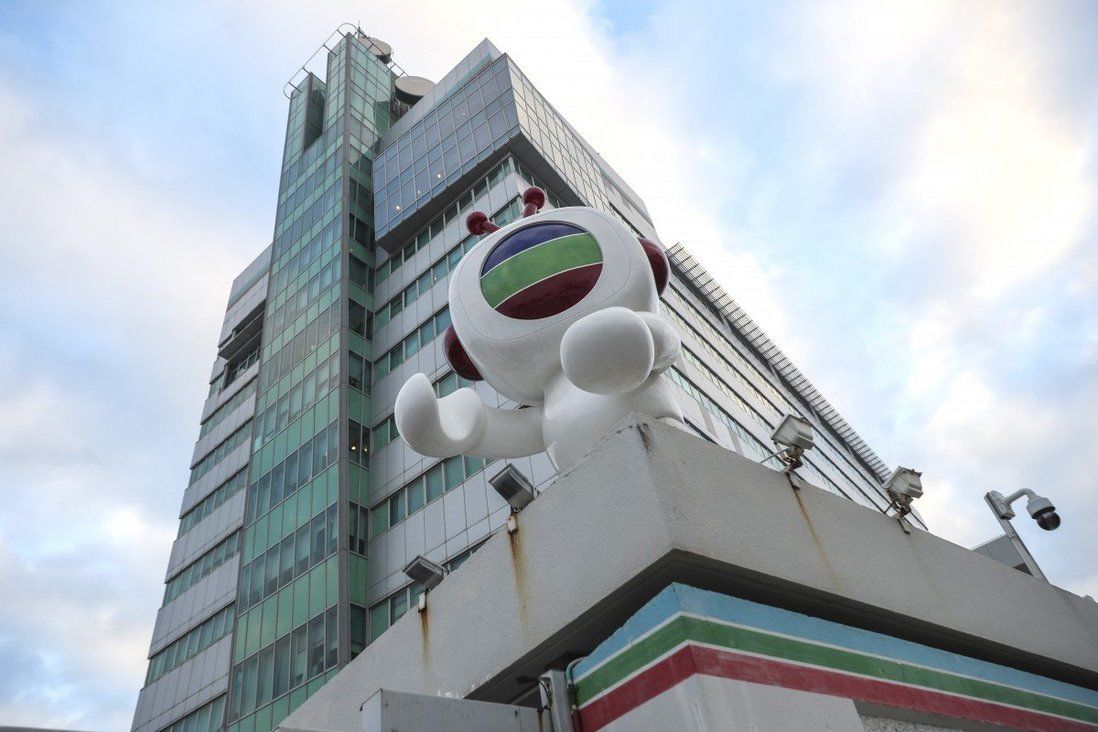 Station says online smear campaigns led some advertisers to pull out, but observer suggests revenue fall could be because TVB is considered out of touch with young people.

Hong Kong’s biggest free-to-air television station, TVB, has accused its critics of cyberbullying and driving advertisers away with threats to boycott their products or brands.

Its chief strategy officer, Doris Luey, told the Post the loss-making station had been the victim of a series of boycott campaigns by some groups on social media since the anti-government protests of 2019.

The station and its advertisers were targeted by protesters who said the broadcaster was pro-establishment and ran biased news reports.

“Some of our advertisers resorted to pulling out their advertisements … as their social media platforms were under attack with messages of hate and threats that their products and brands would be boycotted if they dared to advertise on TVB,” Luey said. 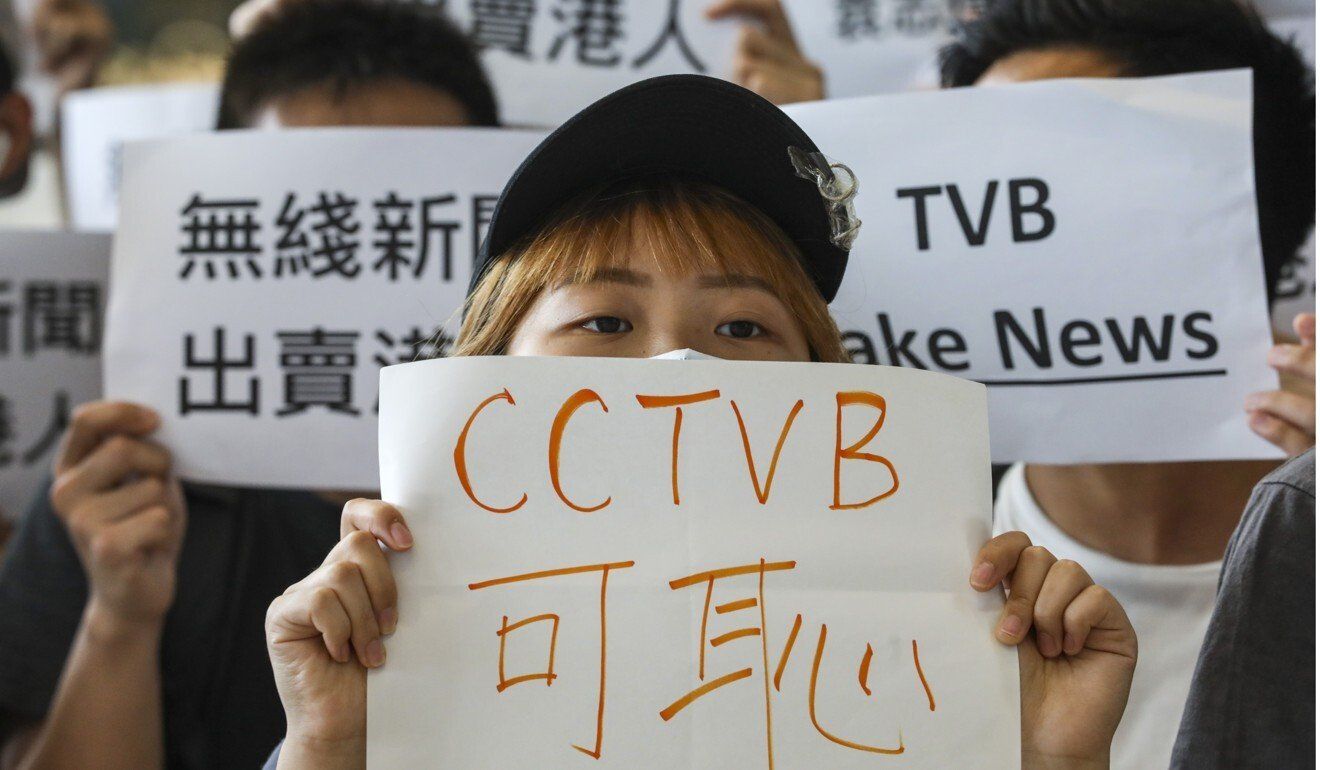 Demonstrators appear outside a TVB event accusing the station of being biased towards the government during the 2019 protests.

The station has been struggling with plummeting advertising revenues and viewership, with the Covid-19 pandemic piling on to its troubles from the social unrest.

Police said the suspect had been posting messages in a Facebook group since May last year in an attempt to hurt the broadcaster’s reputation and revenue.

The teenager – who was the Facebook group’s administrator – also urged people to post “angry face” emojis on the websites of the station and its advertisers, a police source said.

He was released on bail while police investigations continue.

Without referring to that case specifically, Luey said the online smear campaigns were usually anonymous and were disturbing because they included messages advocating “hate and threats”.

“We couldn’t help wondering if such anonymous attacks truly reflected authentic consumers’ voices. Many of the cyberbullying posts were driven by a political and sometimes hostile business agenda,” she said.

At a media briefing on Thursday, TVB chairman Thomas Hui To admitted the boycott campaigns had affected advertising revenue, although he could not give an estimate of how much it had cost the station.

“At one point, there was a fairly big impact on our advertising revenue,” he said. “If you look at our first quarter of last year, our advertising revenue was down 70 per cent. We don’t know how much of it was because of this illegal internet bullying activity, but probably not an insignificant amount was due to that.” 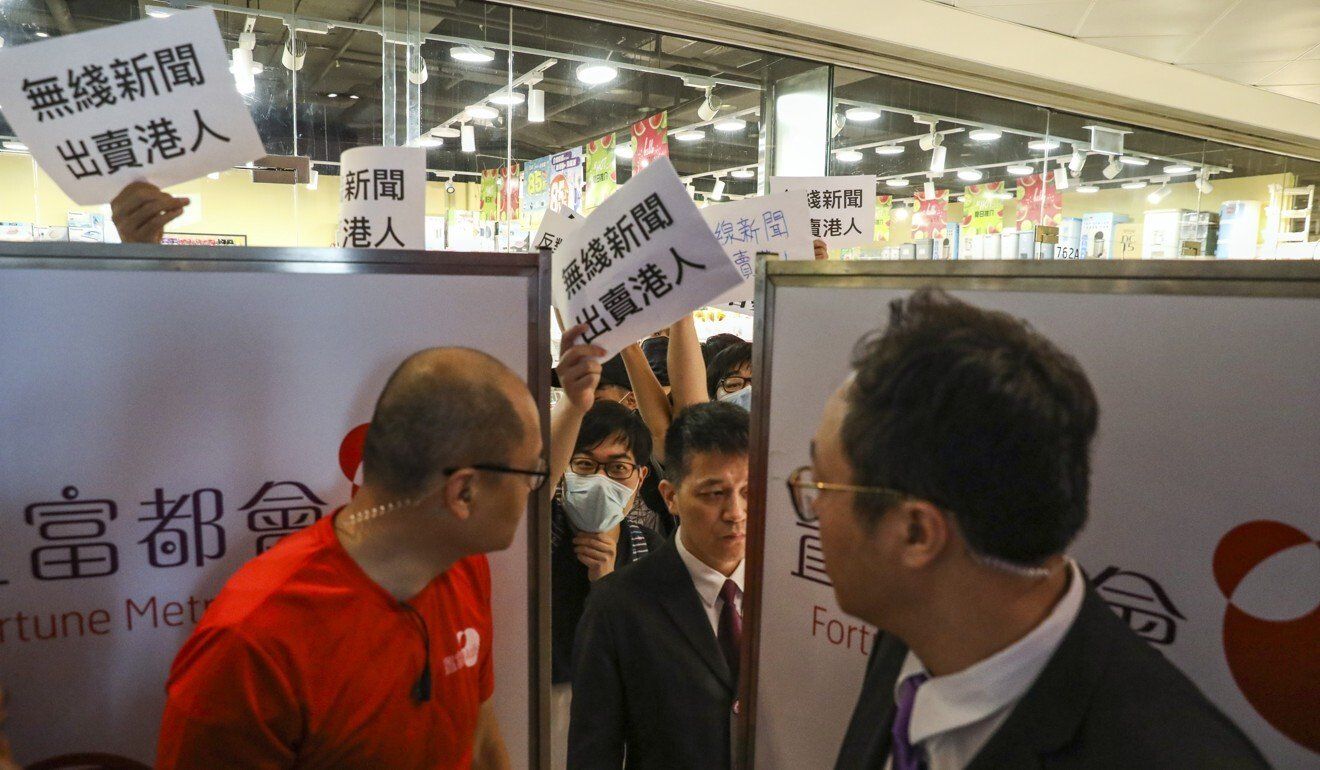 TVB was the target of boycott calls during the social unrest of 2019.

Noting the online haters usually asked internet users to dislike the Facebook pages of advertisers and even left vulgar remarks, Hui said he believed they were only a small group with a “malicious” intent to tarnish TVB.

“We do not believe that represents the general view of the public,” he said, adding he was happy that some advertisers had since returned.

Luey said she hoped the people behind it would stop the cyberbullying, adding that it had tarnished Hong Kong’s reputation as an international city for trade and commerce.

“We appeal to members of the community to stand against such unlawful acts …[They] should not be condoned and encouraged,” she said.

Asked whether campaigns calling for business boycotts could constitute criminal intimidation, police said they would need to look at them on a case-by-case basis.

The manager of a frozen meat distributor and TVB advertiser on the myTV Super platform said that over the course of four or five days in February, there was a flood of 2,000 internet users posting “dislikes” on the company’s Facebook page.

Some also asked others to boycott the firm for advertising on TVB, the manager, who declined to be named, said.

“They mainly posted ’angry face’ emojis and labelled us a supporter of TVB. We felt a bit disturbed,” he said. “It was outrageous, as we just wanted to promote our business without having a political stance.”

At one point, he struggled to decide whether to hold back advertising on the station to let the hostility die down.

“From February to May, we felt our sales dropped by 5 per cent to 10 per cent, but we did not know if it was related to the boycott campaigns,” he said.

The firm eventually blocked the social media users involved and decided to leave things alone, as its TVB promotions had received a good response.

“Now our business has been gradually improving and the hostile netizens have not shown up again,” he said.

Lokman Tsui, an assistant professor at Chinese University’s school of journalism and communication, argued there was nothing wrong for people to boycott a company if they were unhappy with its service or political stance.

“In principle, consumers in a capitalist society have the right to boycott certain companies and not buy certain products for whatever reason,” he said.

“If they merely boycott some companies or give a ‘dislike’ to them, they are only exercising their freedom of expression or rights as consumers. They have done nothing to act against the law.”

However, he said, it would be a different matter if people went to a company’s premises to harass employees or cause a nuisance.

“Those who make false accusations about TVB may also run the risk of being sued for defamation,” he added.

Suggesting other reasons for TVB’s poor financial performance, he noted that for some years now, the station had struggled with an image problem and was considered out of touch with young people.

That, rather than the online smear campaigns, might be the key reason for its falling revenue, Tsui said.

But pro-establishment lawmaker and solicitor Paul Tse Wai-chun said local laws needed to be tightened to deal with those who organised activities to boycott or put pressure on companies, noting that pending anti-doxxing legislation only regulated the practice of maliciously leaking personal information.

“There is really a legal grey area where some people can act in a way to harm free trade in society via cyberbullying. I think the government could consider plugging this loophole,” he said.