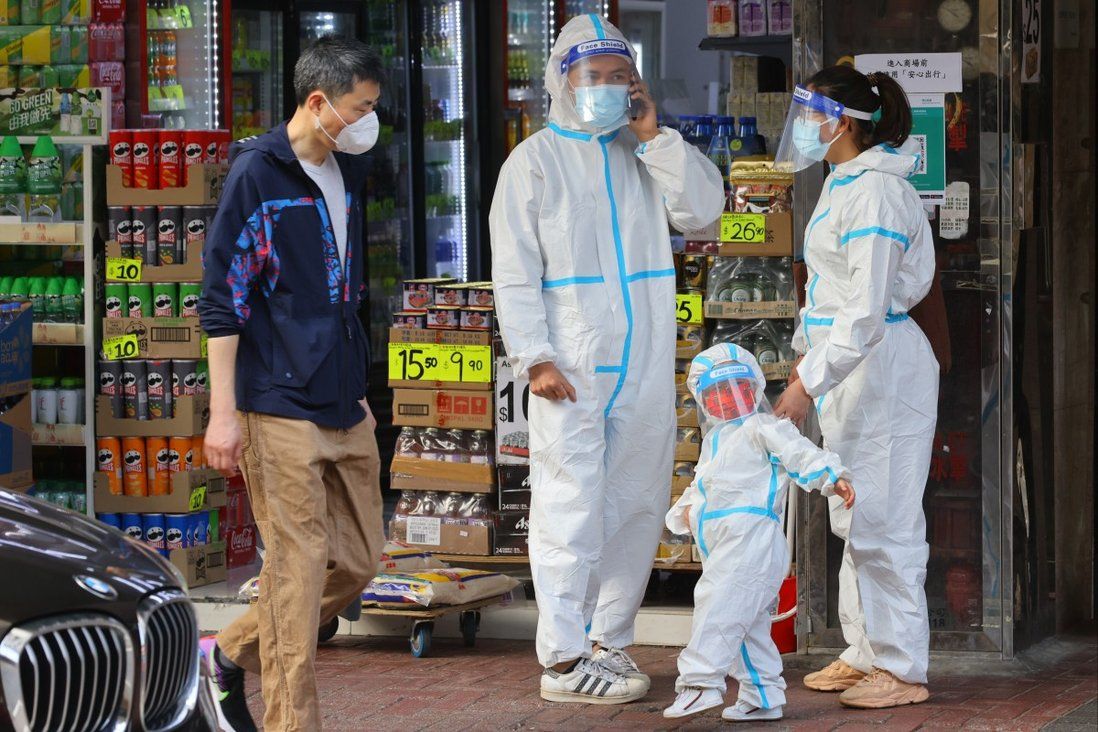 Hong Kong’s ‘lockdown’ would pale in comparison to others globally

The surge in Covid-19 case numbers and deaths in Hong Kong means its strategy must evolve. While people in many countries have had to face extended and stringent restrictions on their movements, mass testing here would be accompanied by a ‘limited lockdown’.
In Hong Kong, pandemic fatigue has set in. After three years of the curtailment of movement in one form or another – from MTR shutdowns and road blockages during the protests to social distancing measures during Covid-19 – Hongkongers have had to put up with a lot.

So it comes as no surprise that news of an impending “lockdown” of some sort would put the city on edge. But, before we panic, we need to look at the facts and get some perspective within the global context.

The fact is the people of Hong Kong worked together to keep our city relatively Covid-free for almost two years until two months ago, a feat few other places can claim.

While the city has been gripped by a vicious fifth wave of the pandemic, we must bear in mind that other countries have already experienced the high number of cases and death Hong Kong is now experiencing. Hong Kong is just six to 12 months behind the rest of the world.

Remember, we led freer lives while they were locked down. Our current nightmare scenario feels particularly bad, as virtually all other countries in the world have been through this and are now in a position to open their borders and remove social distancing restrictions.

The fact is Hong Kong has seen record daily case numbers and deaths during this wave, with the unvaccinated (including those who are not fully vaccinated) comprising over 90 per cent of deaths.

Hong Kong now has the unenviable standing of having the world’s highest per capita Covid-19 death rate on a seven-day rolling average basis. Daily deaths averaged 243 over the seven days up to March 9. About 75 per cent of elderly care homes have recorded infections, and as many as 70-80 per cent of care home residents are already infected, according to infectious diseases expert Professor Yuen Kwok-yung.

Because the elderly have been the least vaccinated group, a massive number of deaths have been among residents aged 60 or above. Liang Wannian, leader of the National Health Commission’s Covid Response Expert Team, noted that 94 per cent of some 800 Covid-19 deaths in Hong Kong were aged 60 or above, mostly from care facilities.

With this fifth wave, our methodology for dealing with the pandemic has evolved. Hong Kong has adopted a “dynamic clearance” strategy which involves “early identification, early isolation and early treatment”. Triage measures have been employed to reduce severe Covid-19 cases and deaths, focusing on the elderly and those in need of care.

In an effort to cut virus transmission chains, the government is considering a citywide compulsory testing scheme some time in the next several months. This is likely to be accompanied by a “limited” or “soft” lockdown.

To put this in perspective, the proposed movement restrictions would be akin to Malaysia’s “movement control order” in 2020 which limited the movement of people while allowing for essential activities. Malaysia’s population cooperated with the order and people are now in a better place.

In Hong Kong’s case, it is anticipated that residents would be allowed to go out to buy basic necessities such as food and medical supplies. “Essential” services involving hundreds of thousands of employees, including financial services, will continue to operate.

Further, Hong Kong’s movement restrictions would pale in comparison to other lockdowns in Asia and around the world. Melbourne endured the longest cumulative lockdown of any city in the world – more than 260 days, or nearly nine months. People could go out for grocery shopping, health care, essential work and exercise.

To alleviate pressure on our overwhelmed health system, we are trying to be flexible and use appropriate measures for different situations. Now, Covid-positive cases who are asymptomatic or have mild symptoms can isolate at home or in community isolation facilities.

Given that there will be just 70,000 community isolation units, priority for admission will be given to those who are at high risk, live in subdivided flats or who don’t have the space to self-isolate due to family members sharing a small home. Residents who have the space are encouraged to self-isolate at home.

The silver lining of the fifth wave is the huge boost in vaccination numbers, especially among the elderly. Over 90 per cent of the population have taken their first vaccine dose and over 78 per cent are fully vaccinated. Going forward, this better positions Hong Kong to tackle future variants.
#COVID-19  #vaccine  #Covid
Add Comment