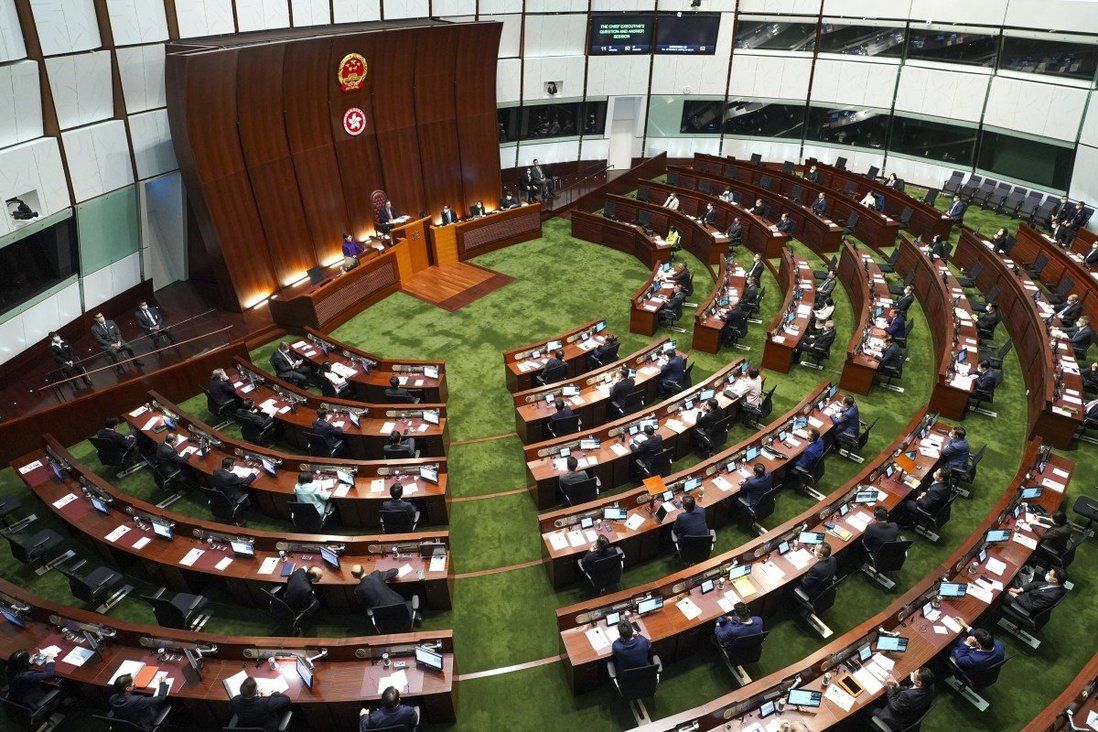 Legco president Andrew Leung says ‘the long unseen rationality and order’ has returned to the legislature in annual review.

Hong Kong’s legislature has “returned to rationality” and been so productive it passed a record 46 bills in the past year, more than double than during any previous years, its president has said.

Andrew Leung Kwan-yuen praised the work of the Legislative Council in a review of its 2020-21 performance released on Tuesday.

In the foreword, the Legco president said he was pleased to see that “the long unseen rationality and order” had returned to the body, “boosting the efficiency of the council” and “living up to the expectation of the public”.

Leung hailed the introduction of the national security law in 2020 for helping to restore social order in Hong Kong, and he also called Beijing’s electoral overhaul last year a “milestone” in the history of Legco and the city’s political development.

The revamp ensured only “patriots” could run for seats in an expanded Legco, a move critics said was aimed at barring the opposition camp.

But Leung argued the reform was deeply needed and he noted some opposition members had resorted to filibustering to delay Legco proceedings in the past. 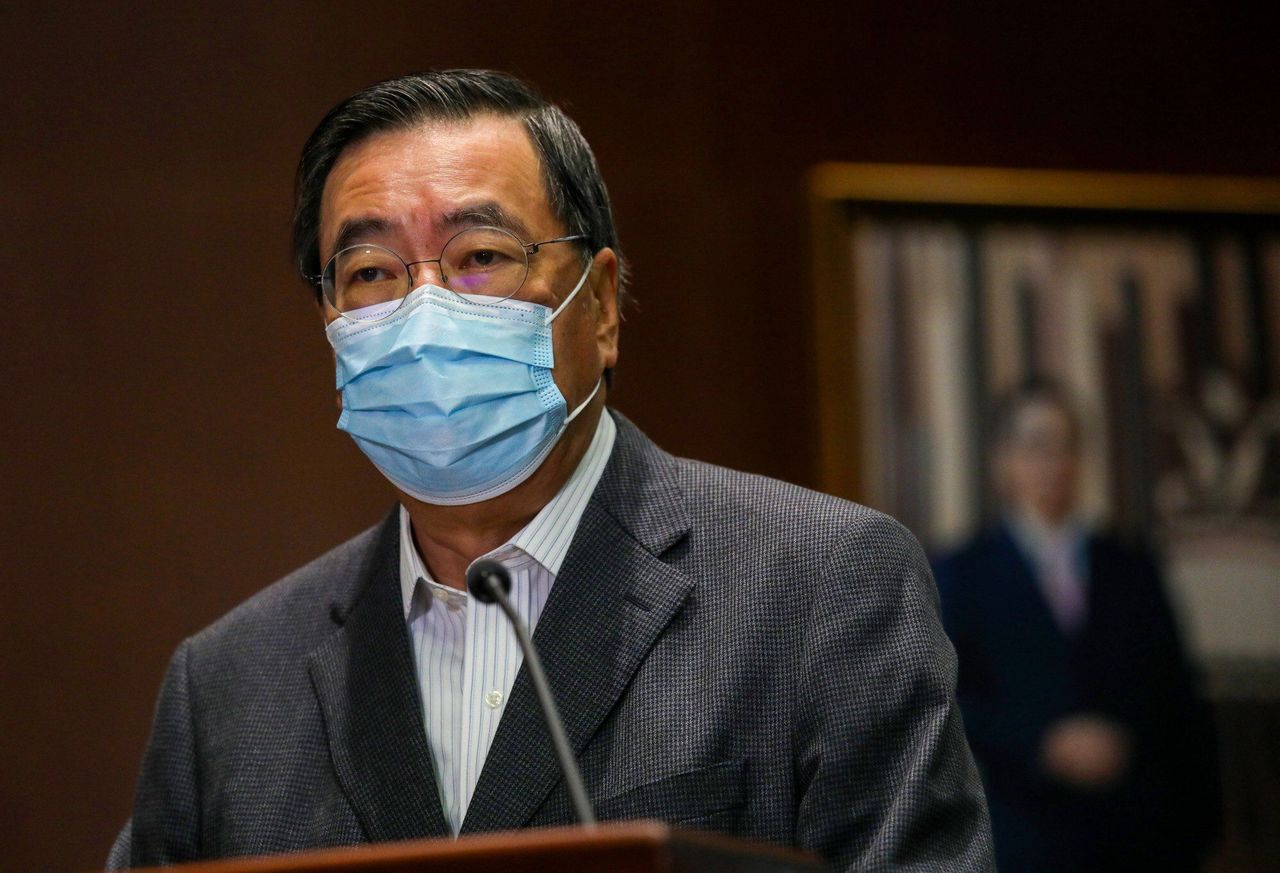 Legco president Andrew Leung Kwan-yuen praised the work of the Legislative Council in a review of its 2020-21 performance.

The sixth term of Legco should have ended in 2020, but in August that year Beijing extended it after approving a decision by the Hong Kong government to delay the election for seats, citing public health risks arising from the pandemic. The term ended on December 31 last year.

Arguably the most eventful since the 1997 handover, the term got off to a rocky start in 2016 when six opposition lawmakers were unseated over improper oath-taking.

The Legco complex was also wrecked by protesters who broke in on July 1, 2019 during the social unrest sparked by an extradition bill that was eventually aborted. Legco reopened three months later, following HK$40 million (US$5.1 million) in repairs. Chief Executive Carrie Lam Cheng Yuet-ngor was also forced to give her policy address via video after her first attempt to deliver it inside the chamber was met with heckling from opposition lawmakers. 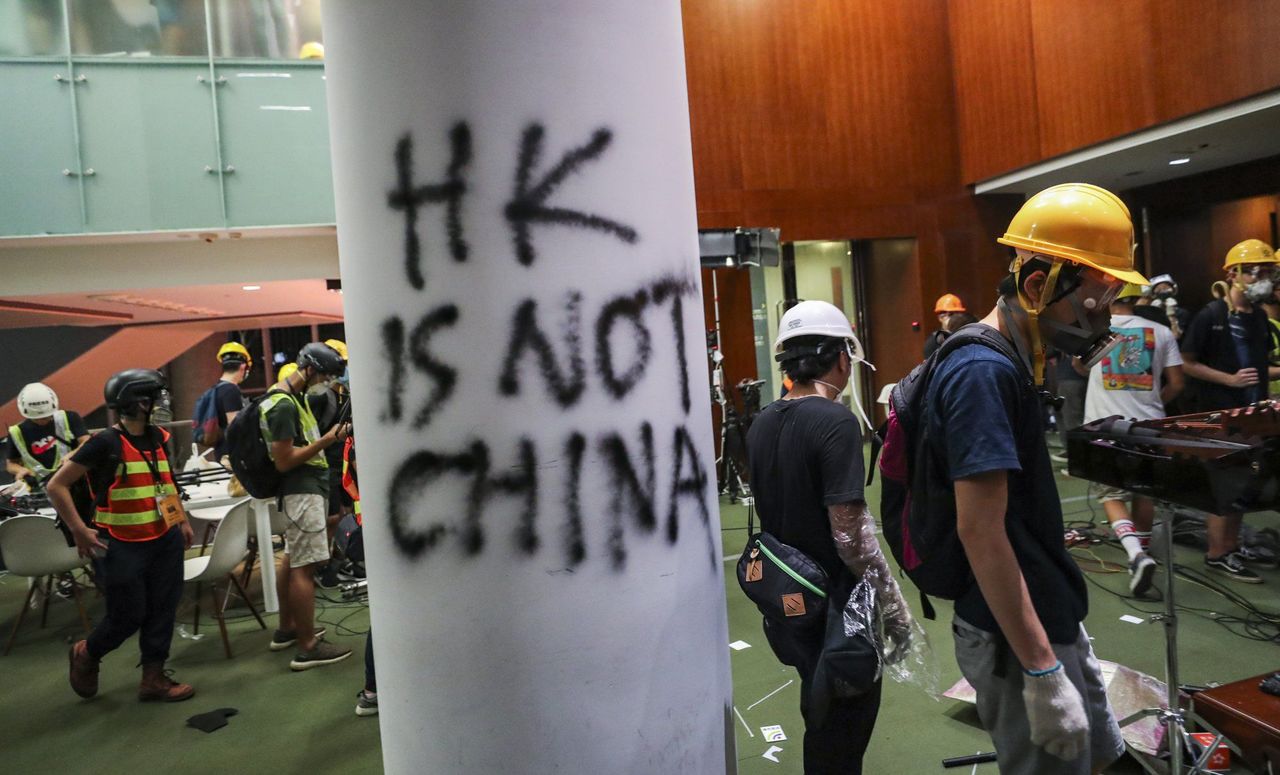 The Legco complex was wrecked by protesters who broke in on July 1, 2019.

Some opposition lawmakers refused to serve the extended term resulting from the delay in the election, in protest against what they saw as Beijing’s intervention. In November 2020, another 15 quit over a resolution by the National People’s Congress Standing Committee that disqualified four of their colleagues, leaving the legislature devoid of opposition voices.

In the latest annual report, Leung noted that relations between the executive arm and the legislative branch had grown “warm again”. Lam was able to hold her question time sessions in the chamber, which had been suspended since June 2019 because of “disorderly conduct” by some opposition camp members.

Leung’s appraisal was in sharp contrast to his comments made in the 2019-20 report, in which he argued “the relationship between the executive authorities and the legislature [had] reached the lowest ebb” as a result of the social unrest arising from the extradition bill.

In the 2018-19 report, Leung also stressed the need for harmony. “For the best interest of Hong Kong, I urge members across the political spectrum to join hands in reconciling differences in the community and rebuilding trust between the public and the government,” he wrote.

In the 2020-21 year, Leung noted that Legco was able to pass 46 government bills in 49 council meetings, more than double the 20 or so bills in previous years.

He also noted the Finance Committee held 48 meetings, totalling 127 hours, much fewer than in the previous year. But it was able to approve 120 funding requests, more than during the previous years of the sixth term.

A total of roughly HK$328 billion in funding was approved, Leung noted, including money for anti-epidemic measures and construction of new hospitals or new annexes.

Despite the progress, some critics argued the chamber was no longer serving its purpose as a diverse reflection of public interests.

Polytechnic University political scientist Chan Wai-keung said: “It is funny for Leung to highlight the ‘good performances’ of Legco. There was in fact no opposition camp in the council. Many seats were left vacant. It was an incomplete Legco.”

A veteran politician from the opposition camp, who spoke on the condition of anonymity, also said: “What we see is that the Legco has become more irrelevant with only one voice in the chamber. The public, and the media, do not seem to pay much attention to its work now.”