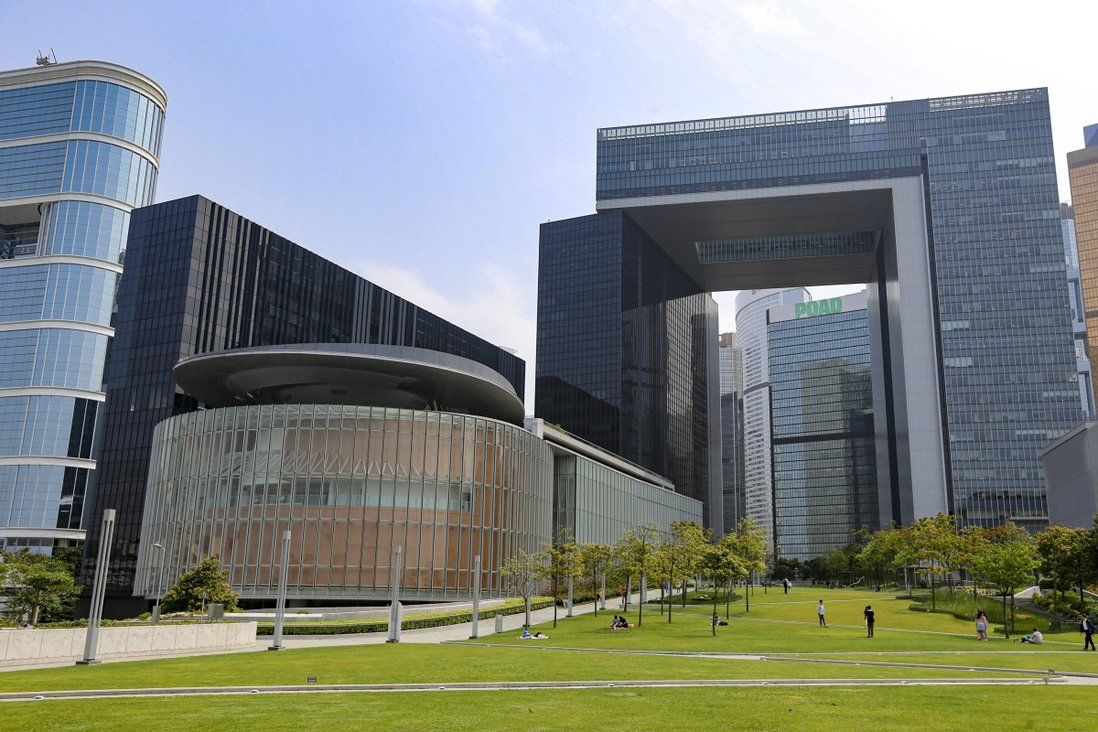 Plan to be submitted in mid-May, so that Legco could set up subcommittee and begin scrutiny of proposals, House Committee chairwoman Starry Lee reveals.

A massive plan to restructure the Hong Kong government will be submitted to the Legislative Council soon and is expected to be approved by the end of June, a veteran lawmaker has said.

During a Legco House Committee session on Friday, chairwoman Starry Lee Wai-king said Eric Chan Kwok-ki, director of the Chief Executive’s Office, had mentioned the timeline in an earlier meeting with her.

“He said the current administration plans to submit to Legco in mid-May a resolution on the government’s restructuring. The relevant establishment and financial proposals will also be submitted to us,” Lee said. “He hoped that we could consider setting up a subcommittee, so that the scrutiny of the proposals can be started as soon as possible.” 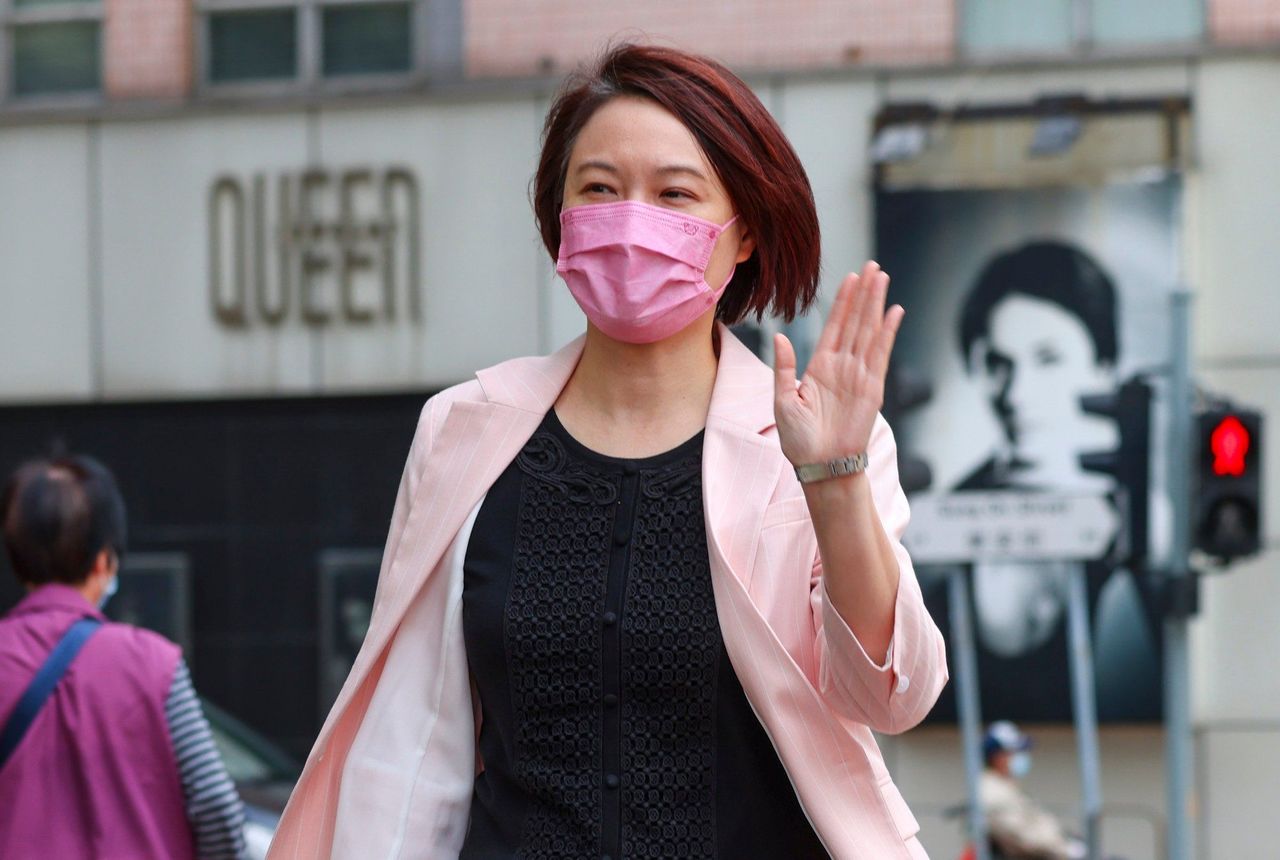 The House Committee sets the agenda for the weekly meetings of the legislature, including when bills are put to a final vote.

Lee, who also heads the Democratic Alliance for the Betterment and Progress of Hong Kong, said Chan hoped the proposals could be approved before the end of June, so that the cabinet of the new government could be formed sooner.

John Lee Ka-chiu, the city’s former No 2 official, secured 1,416 votes from the Election Committee in Sunday’s uncontested poll, giving him 99.2 per cent of the valid ballots cast.

The pro-Beijing Bauhinia Institute said on Thursday it had polled 1,000 people, 81.6 per cent of whom said they were satisfied with the election outcome.

The survey results “fully show that the Hong Kong society broadly agrees with the new election system … highly recognises the chief executive candidate and his policy agenda, and has high expectations for Hong Kong to embark on a new journey to prosperity”, Chinese foreign ministry spokesman Zhao Lijian said on Friday.

“This is in stark contrast to the individual Western countries and institutions which smeared the chief executive poll,” he added. 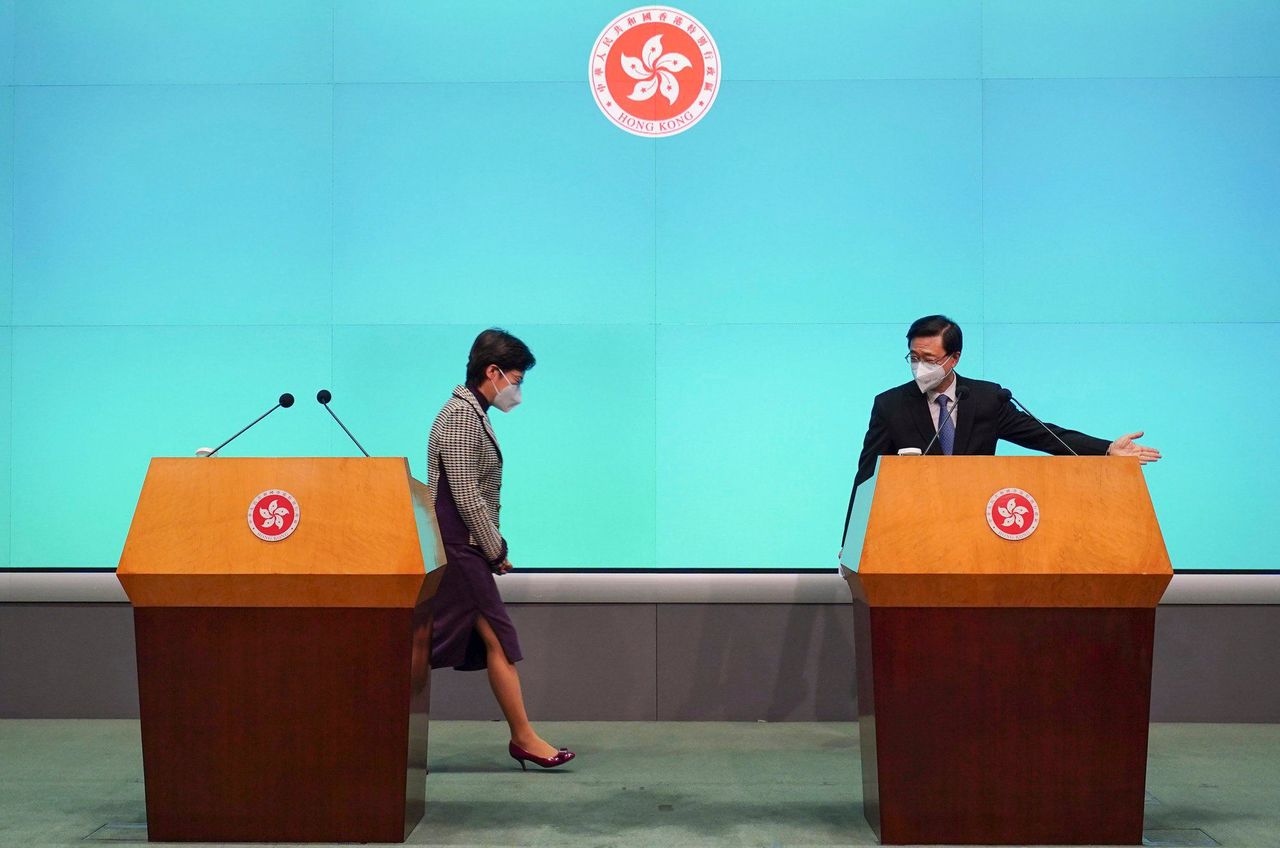 Incumbent leader Carrie Lam Cheng Yuet-ngor, whose five-year term will expire on June 30, said on Tuesday that the “massive” restructuring plan would need the buy-in from Chief Executive-elect John Lee.

Lam said she told her successor her hope that the proposal could be discussed and approved next week by her de facto cabinet, the Executive Council, so that Legco could then scrutinise the package, which includes a funding request and a bill to amend the relevant legislation.

The restructuring floated by Lam in January involves reforming the current 13 bureaus into 15 bodies, including adding a policy bureau centred on culture, sports and tourism. The Transport and Housing Bureau will be split to focus on the two respective policy areas, while the Home Affairs Bureau will be renamed the home affairs and youth bureau.

She also recommended that deputy posts be created under the chief and financial secretaries to coordinate large-scale projects such as the Northern Metropolis plan. But John Lee did not state in his manifesto whether he would set up the two senior posts.

The restructuring would involve the approval of recurring expenses amounting to HK$30 million (US$3.82 million), Lam estimated.

A source who helped with the chief executive-elect’s leadership campaign said his restructuring plan was largely the same as Lam’s, though John Lee had also planned to revive the Central Policy Unit and rename it “The Policy Unit of the Chief Executive’s Office”, as he did not want people to associate the unit with the central government. 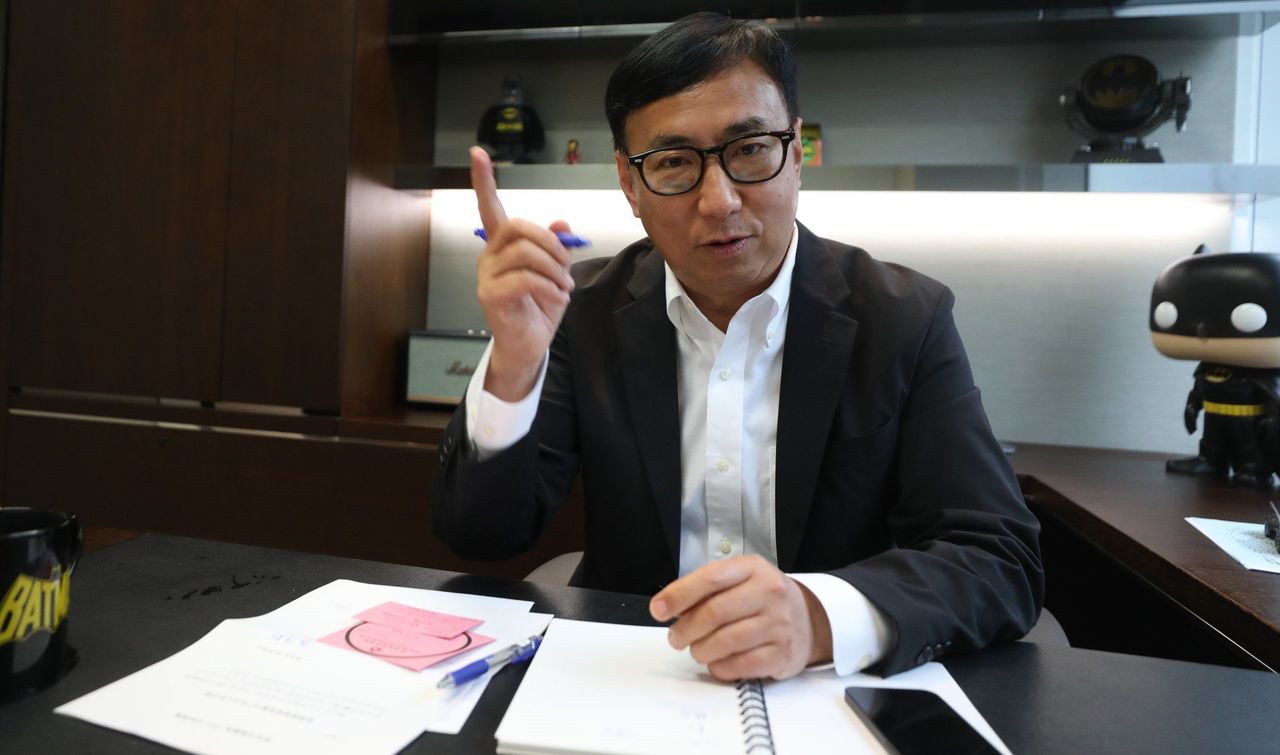 Lawmaker Tik Chi-yuen says he will support setting up a subcommittee on government restructuring.

During the House Committee meeting on Friday, Tik Chi-yuen, the sole non-establishment lawmaker, said while he would support setting up a subcommittee on government restructuring, he was concerned about whether the Chief Executive-elect’s Office would come and answer questions.

Election Committee lawmaker Andrew Lam Siu-lo was also concerned about whether the subcommittee would meet the Chief Executive-elect’s Office.

But other legislators said that would not be a problem. 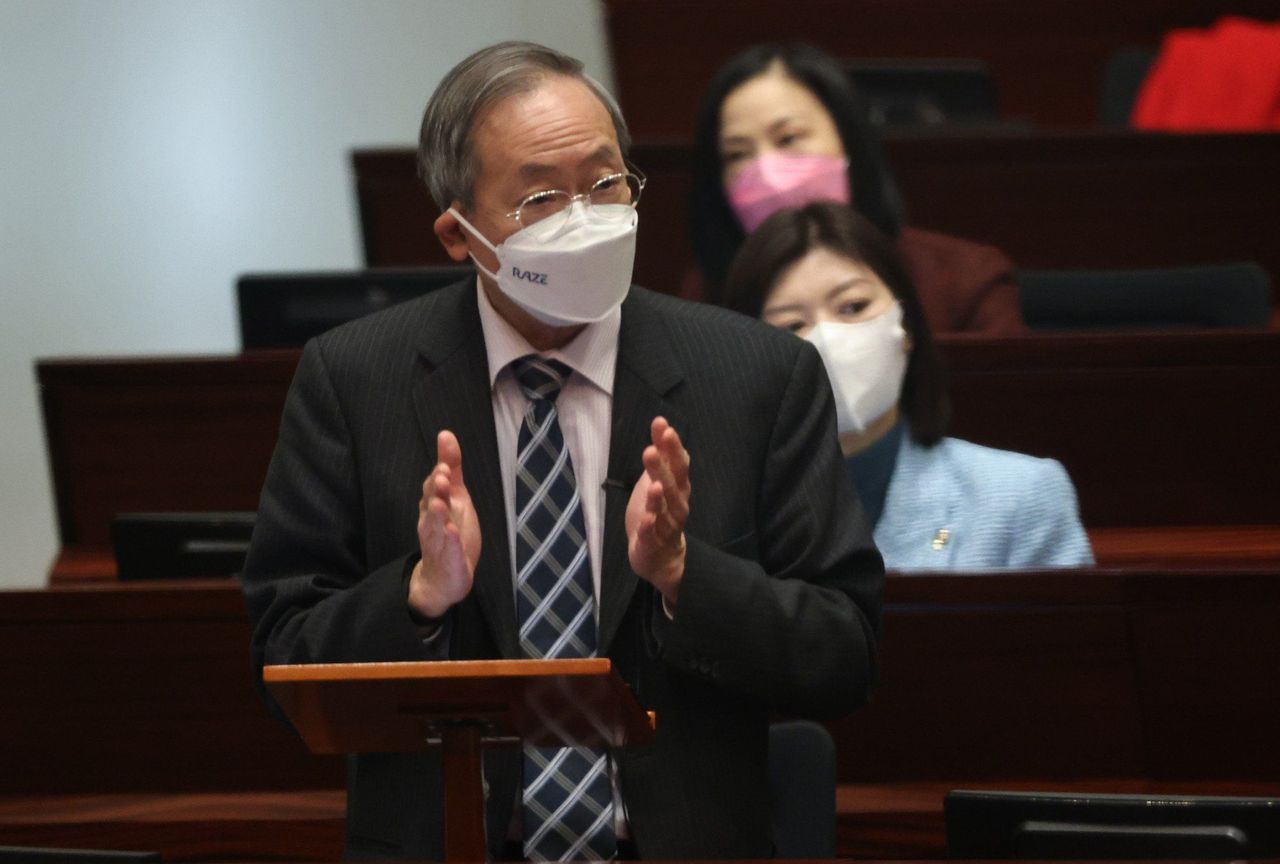 New People’s Party vice-chairman Lai Tung-kwok said in 2012, the director of the Chief Executive-elect’s Office attended Legco meetings to answer questions, so “with the precedent, this shouldn’t be a difficult issue”.

Priscilla Leung Mei-fun, the vice-chairwoman of the Business and Professionals Alliance, also noted that when Beijing overhauled Hong Kong’s electoral system last year, Legco had created a subcommittee to debate the changes before the legislative amendments were ready.

“We have done this for such a difficult project. We should do this again to give more time for us to discuss the government’s shake-up, which involves the interest of the entire city,” she said.

A spokesman for John Lee’s office said the incoming leader welcomed Legco’s decision to set up the subcommittee.