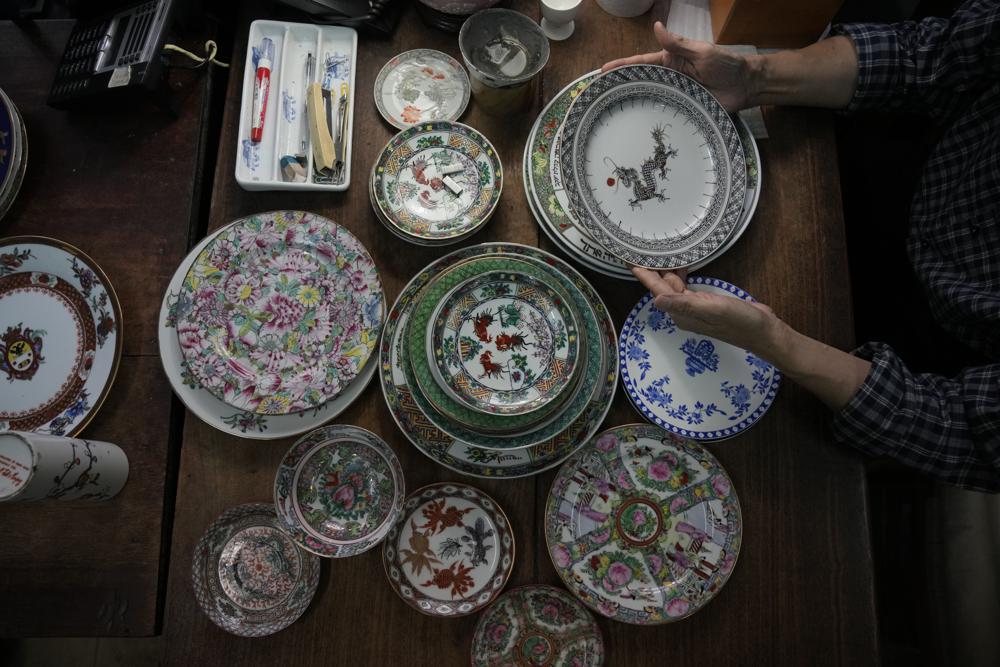 Step into Yuet Tung China Works, Hong Kong's last remaining hand-painted porcelain factory, and you find yourself surrounded by stacks of dinnerware, each piece painstakingly decorated by hand with vibrant motifs of flowers, fruits and animals.
Joseph Tso, the third-generation owner of the factory, and his small team are among the few people in Hong Kong who have mastered the traditional technique of painting ``guangcai,'' or Canton porcelain.

It is a fading art in this modern metropolis, as fewer young people are willing to put in the time and effort required to master the craft or to work at the factory full-time.

``The business environment in Hong Kong is not suitable for labor-intensive industries,'' Tso said. ``Hong Kong's traditional handicraft industry is gradually declining. It will eventually disappear.''

Guangcai, which comes from the nearby Chinese city of Guangzhou, is characterized by an overglaze technique in which the painter sketches a design on white porcelain and then fills it in with color using thin brushes before firing the piece in a kiln.

Tso's grandfather established the factory in Hong Kong's Kowloon City in 1928. It rose to prominence over the years, becoming famous for its delicate craftmanship and custom dinnerware.

The factory is known for its Canton rose porcelain painted with a pigment called ``xihong,'' which means ``Western red.'' Its ingredients include lead oxide, quartz and gold dust.

``Hong Kong's export sector was booming from the 1960s to the 1980s, and many well-known department stores came to buy products,'' Tso said. ``Foreign trade firms would bring us business from (American) department stores.''

Chris Patten, the last British governor of Hong Kong before the city was returned to China in 1997, visited Yuet Tung China Works to buy some porcelain before returning to Britain.

``The porcelain factory breathed at the same pace as the development of Hong Kong,'' said Yim. ``If it ceases to exist, it will be an immeasurable loss.''
Add Comment