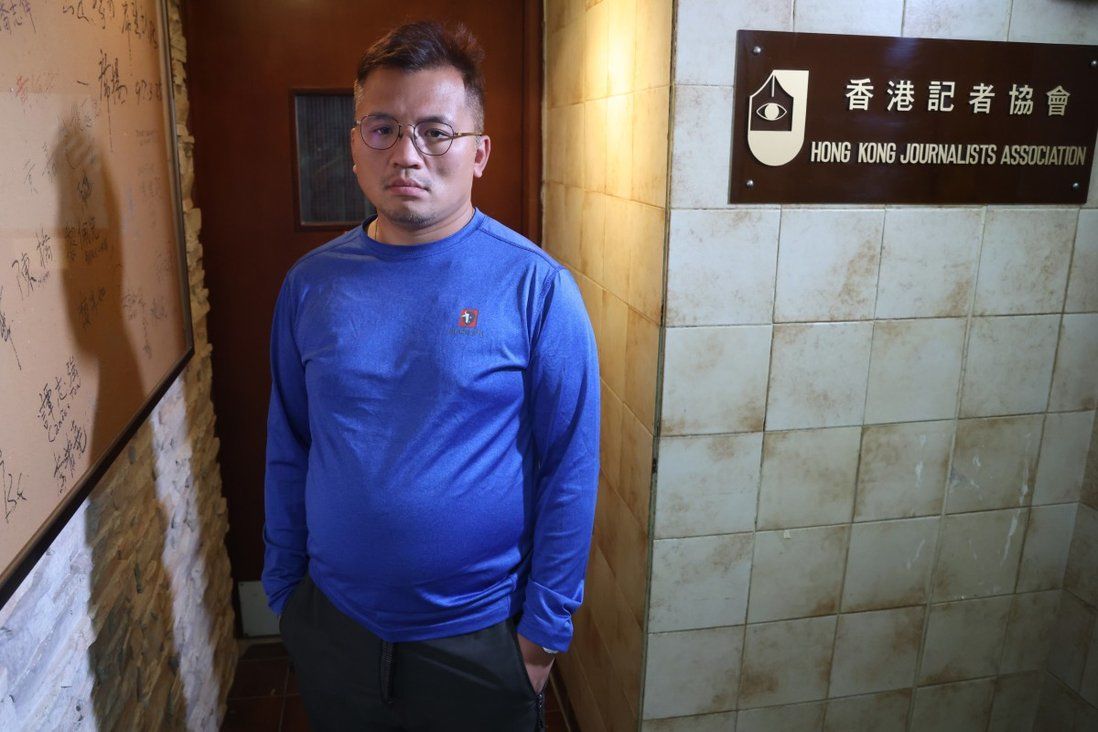 But Ronson Chan Ron-sing, chairman of the Hong Kong Journalists Association (HKJA), said the organisation would still operate for the “foreseeable future”.

The online meeting concerned whether the association’s constitution should be amended to allow the 54-year-old group to disband amid mounting political pressure.

Chan confirmed the topic of disbandment came up during the meeting, which lasted for more than three hours. Disbanding the group would require the consent of at least five-sixths of the members, according to its constitution.

“I dare not say if disbandment would be an option for us as the executive committee has just heard [members’ views]. As I said before, disbandment is a discussion for sure and someone indeed mentioned the word ‘disbandment’,” he said. “We need to consider danger and risks … we need to listen to different views from members. I can only say we will operate in the foreseeable future.”

The association will gather written submissions from members before May 31 and may need to further consult members at the annual general meeting that is likely to be held in June.

About 90 members were present at the online meeting and some 20 people spoke, with Chan describing the atmosphere as “overwhelming”.

The HKJA said in September it had 486 full members, 56 student members and 43 retired or permanent members.

Chan said the association would need to discuss issues concerning press freedom with the new administration, regardless of who would be the next chief executive.

The association has been facing mounting pressure since a war of words erupted with the city’s security chief. In September last year, Secretary for Security Chris Tang Ping-keung challenged the HKJA to disclose its financial records and membership list to alleviate “public concerns” about its ethics.

Tang argued that the association should consider revealing the amount of money it had received in recent years, the sources of funding and whether the financial support came from foreign political organisations or people with clear political inclinations.

Tang said that without revealing any personal information, it should also consider disclosing its membership list to show people which media outlets or schools its members were affiliated with.

The association called Tang’s suggestion “illogical” and “incomprehensible”, saying divulging its member rolls would violate privacy laws. Chan said at the time the association had never received any overseas funding.

The heated exchanges came after Tang had accused the group, in an interview with a pro-Beijing media outlet, of “infiltrating” local schools to attract student reporters and going against professional ethics.
Add Comment