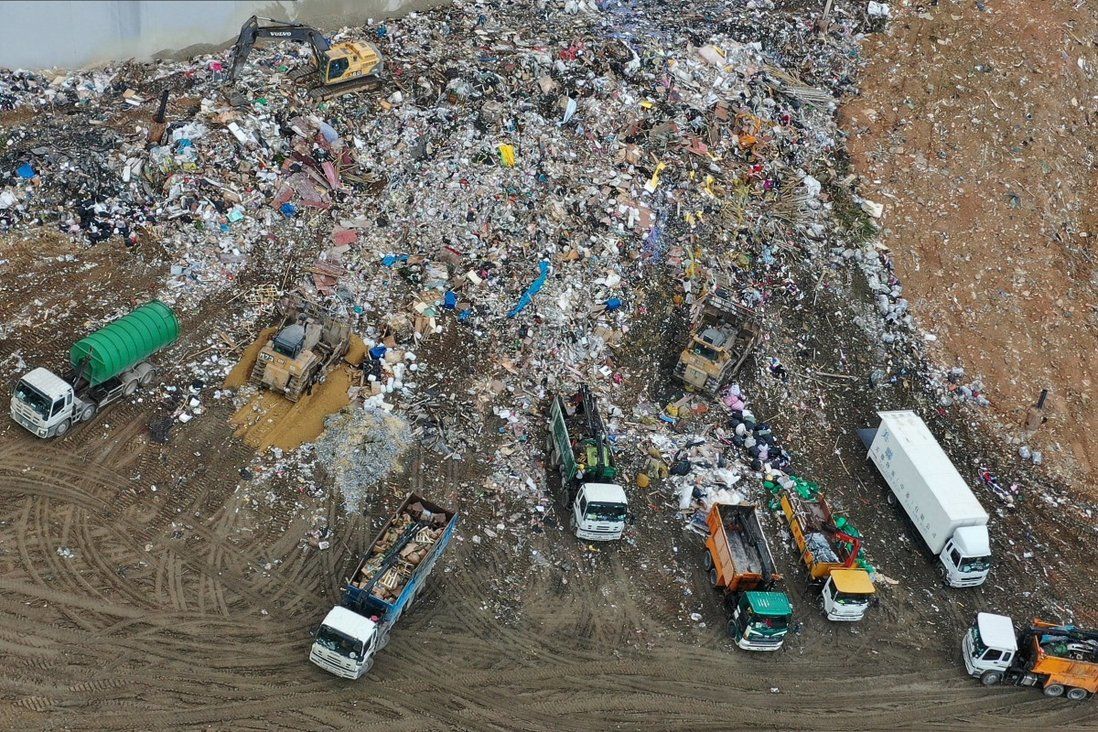 Reports of the city’s landfills being close to capacity are overblown as extensions should be able to accept waste for another decade. Even so, Hong Kong needs answers on recycling and waste reduction to reach the goal of zero landfills and aid the fight against climate change.

Has Hong Kong already become a giant landfill? That would be the logical conclusion if reports from the past several years are to be believed.

Numerous local and international news outlets stated in the past that Hong Kong’s three active landfills – located in Nim Wan, Tseung Kwan O and Ta Kwu Ling – would reach full capacity by 2020. Some reports gave even earlier predictions. It seems the further back you go, the earlier the predicted “end” date.

What has happened since then? Have Hong Kong’s refuse collection services started dumping waste on the streets? Have they been secretly disposing of it into the South China Sea? As a landfill engineer, these reports sound off to me.

It is, of course, possible that the concern over our landfills reaching capacity is part of a convoluted scheme to nudge the everyday consumer towards reducing their waste output. It is also possible the government realised how long the approval process for extending our landfills would take and wanted to push things along.

Regardless of why such a misconception – or perhaps misunderstanding – has been floating around for so long, our landfills will not be full any time soon.

An environmental impact assessment has been carried out at the proposed site for NENTX, the extension of the North East New Territories landfill in Ta Kwu Ling. The landfill extension in Tseung Kwan O is already taking construction waste. And the extension for the Nim Wan landfill is in the works, with the landfill expected to reach capacity by 2026.

Together, the three landfill extensions should be able to take waste for the better part of another decade. This will give the government some time to put the “Waste Blueprint for Hong Kong 2035” into action. One of the goals of the plan is to take landfills out of the equation altogether.

This blueprint is based on three core objectives: waste reduction, resource circulation and zero landfills. The government’s plan is achievable, but parts of it seem either underdeveloped or overly optimistic. Other parts have faced fierce opposition and scepticism.

While the government continues to develop strategies such as the producer responsibility scheme for plastic beverage containers to support the waste reduction target, the plans to tackle plastic packaging – one of Hong Kong’s more obvious related problems – are vague.

According to the blueprint, the government will “continue to liaise with the retail industry and other key stakeholders to jointly explore and implement practical measures to promote the reduction of plastic packaging materials”.

The statement is a mouthful but does not give any actionable steps to be taken. It seems the government has only just realised this is a serious issue. A possible solution would be to encourage producers to replace plastic with paper, other compostable materials or even bioplastics.

Businesses should be held accountable for the waste generated from buying their products. They should at least have a plan of action for all the resources that go into their final products, including packaging. But perhaps I’m being naive, with the government’s reluctance to tamper with business production lines.

The government seems to have taken this entirely on its shoulders with the resource circulation objective. This involves the six large-scale waste management facilities that were recently built or are under construction.

The biggest and most controversial of these is the “mega incinerator”, which will be located on an artificial island near Shek Kwu Chau. Also known as the Integrated Waste Management Facilities (IWMF) Phase I, it will be fully commissioned by 2025. This advanced incinerator can turn 3,000 tonnes of municipal solid waste into energy for 100,000 households every day.

Of the 15,000 tonnes or so of waste produced in Hong Kong every day, more than 10,000 tonnes are municipal solid waste, according to official statistics from the Environmental Protection Department for 2020. That means the IWMF will take away almost 30 per cent of the municipal solid waste load. The incinerator will thus significantly reduce our reliance on landfills and put us on course for the target of zero landfills.

However, there have been angry complaints and protests from Cheung Chau residents – who live just 3.5km downwind from the site – and other Hong Kong residents. The main points of contention, among a whole host, are that the incinerator is ridiculously expensive and will affect the area’s biodiversity and fishermen’s livelihoods. The government has gone ahead with it anyway. 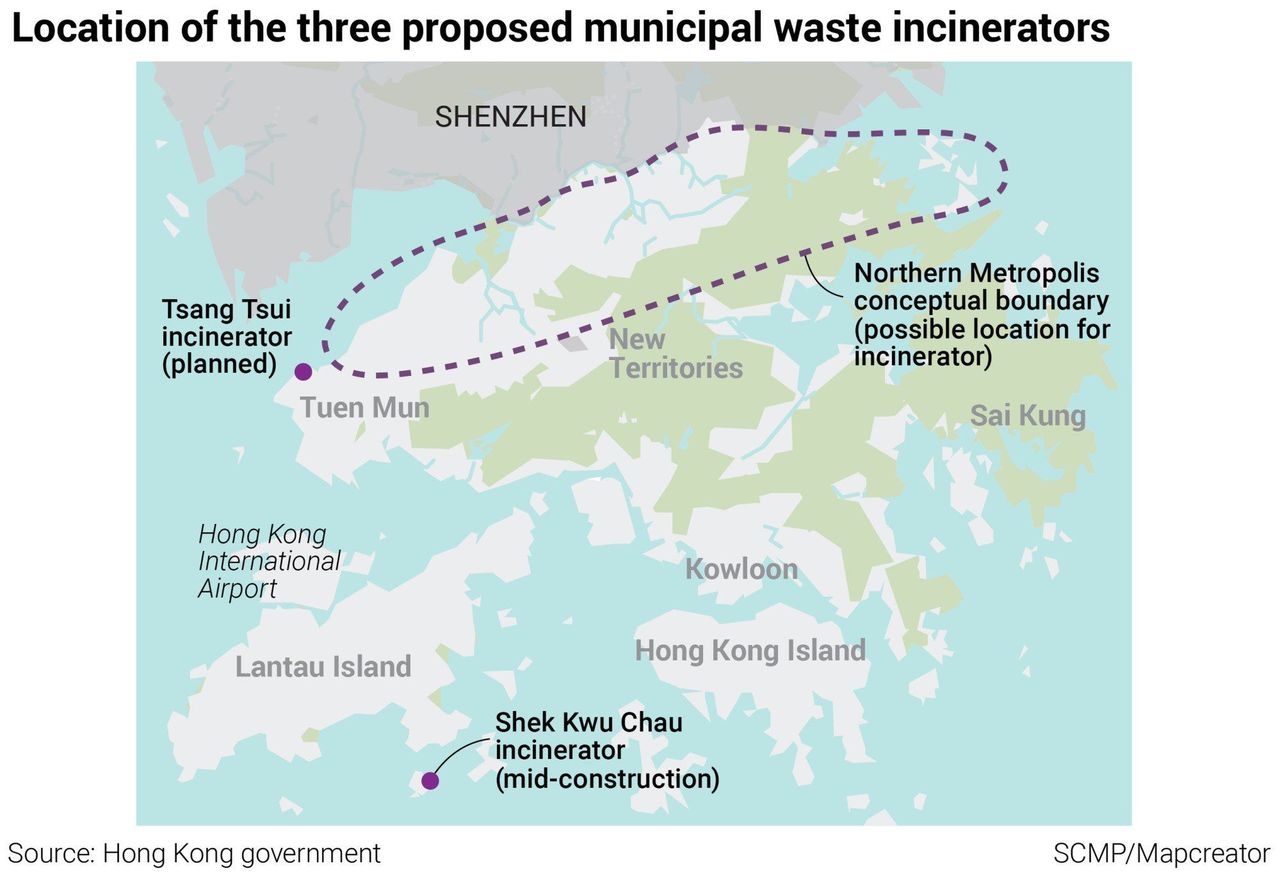 Even so, there is still a pressing need in Hong Kong for waste reduction and better, more transparent recycling schemes. This is not because our landfills will fill up soon but because we must reduce our greenhouse gas emissions. The effects of climate change are becoming increasingly apparent with each passing year.

As landfills are a major source of methane, reducing our reliance on them makes sense in the medium to long term. Still, we need to be sensible about how we do it. If that means I will be out of a job in 10 years, so be it.