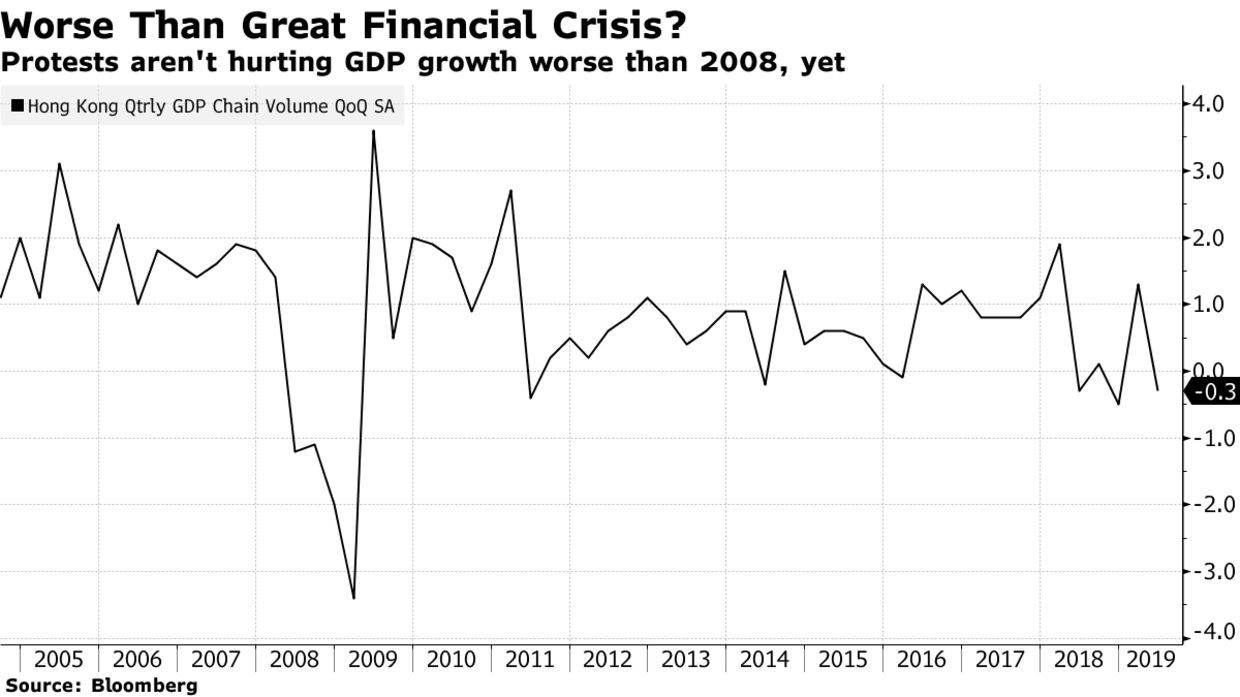 The economic downdraft caused by Hong Kong’s protests is worse than that during the SARS epidemic and the 2008 global financial crisis, Chief Executive Carrie Lam said.

Speaking in Hong Kong Friday, Lam admitted that many people are unsatisfied with the government but that doesn’t mean they can hurt the city. Lam said measures are needed to support the economy.

Weeks of protests over the government’s extradition bill have hit confidence, retail spending and business activity hard at a time when the economy was already slowing. Gross domestic product contracted in the second quarter from the previous three months, leaving open the prospect of a technical recession if the unrest continues.

Hong Kong witnessed the deepest deterioration in private sector conditions for over a decade at the start of the third quarter, according to IHS Markit. The former British colony’s purchasing manager gauge sank to 43.8 in July from 47.9 in June.